I watched one of the worst performances in Patriots playoff history.

The Super Bowl loss against the Bears in 1986 was the worst, for sure. I cried after that loss.

There was also a loss to the Ravens in the first round of the 2009 playoffs that was almost as bad. The Ravens scored 24 unanswered points in the first quarter, and the Patriots never made it close. I watched that game from my seats in Gillette Stadium and have rarely felt more despondent at a sporting event.

But Saturday night was pretty terrible. The Patriots never had a chance. They were overmatched and outplayed. Ordinarily, a loss like that would’ve saddened me for days. I’d enter a media blackout to avoid hearing about the loss. I might be downright surly.

Even though I’m admittedly still saddened about the end of the Patriots season, I’m not nearly as upset as I usually am. I awoke on Sunday morning feeling okay. Hopeful about next season. Prepared to watch playoff football again.

I think the difference was Charlie. I watched the game with him, and even though the Patriots were losing badly, I had fun.

We laughed at a commercial for a cancer medication that had the longest list of side effects that I’ve ever heard.

I taught him about some of the nuances of the game. He asked one thousand questions.

We shouted at Sean McDermott, the Buffalo Bills head coach, who I despise.

He shouted at a sneaker commercial, saying, “I don’t need any sneakers! I have too many sneakers already!”

We alternately tried to boost each others spirits and offer hope.

I had so much fun watching that playoff defeat with Charlie. We sat side by side on the couch, watching football, talking football, eating Doritos, and laughing despite the score. I think it made the loss slightly more palatable. Maybe even more than slightly.

It probably helps that the Patriots were back in the playoffs after last year’s hiatus. They found their quarterback for the next decade and beyond, and their future appears bright.

But mostly, I think it was Charlie. I loved watching the game with that boy.

He still can’t remember to put his dishes in the dishwasher without three reminders, and he whines about putting away his folded clothes, but it turns out he’s got some good qualities, too.

He’s not so bad after all. 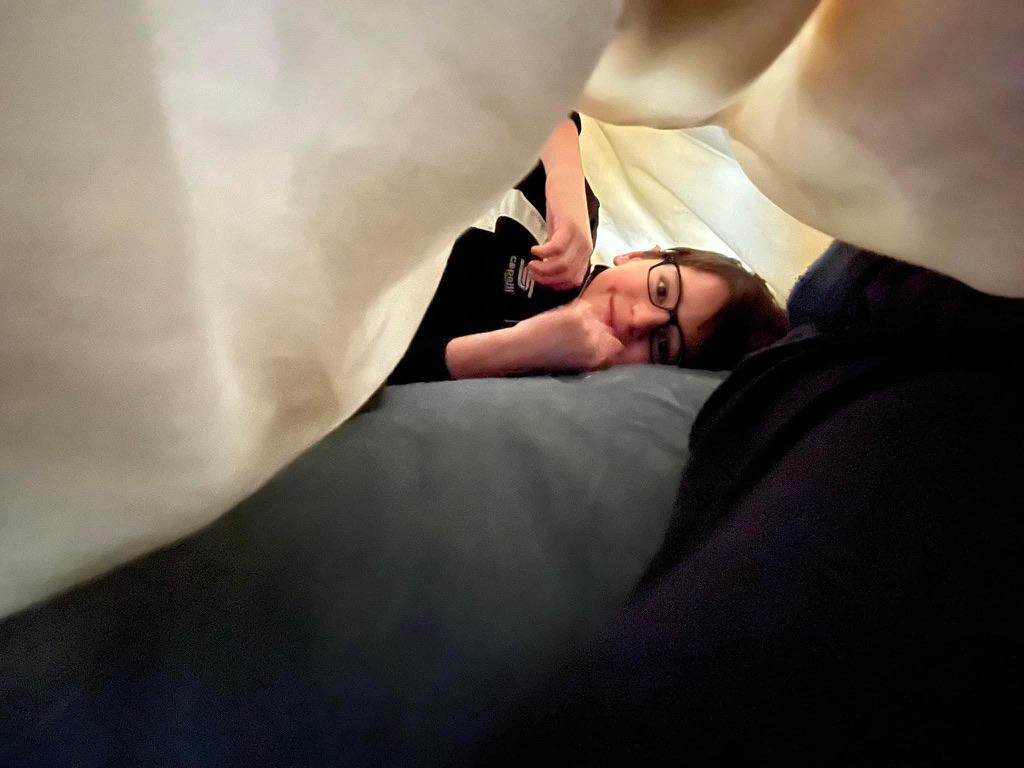