Making stuff is a circuitous and oftentimes unpredictable route. Doing the work, every day, again and again, when the outcome is uncertain and unknowable and seemingly impossible, is most important.

The rest is almost entirely out of your hands.

“Leaving on a Jet Plane” was a song written and recorded by John Denver. It’s one of the most iconic songs of his brilliant career.

But the road to this song’s popularity was both circuitous and ridiculous.

Denver wrote the song during a layover at Washington Airport in 1966 and recorded it on his debut demo John Denver Sings. At the time, the song was titled “Babe I Hate To Go.”

Denver made several copies of his debut album and gave them out as Christmas presents that year. He had no record contract and no distributor. It was a simple, self-made album of the songs he was playing in shows.

One year later, in 1967, Denver’s then-producer Milt Okun convinced him to change the title of the song to “Leaving on a Jet Plane.”

In that same year, Peter, Paul and Mary – friends of Denver – recorded the song for their 1967 studio album, Album 1700, The song quickly went to #1 on the Billboard charts, making it Peter, Paul, and Mary’s only #1 hit.

After seeing Peter, Paul and Mary’s success with the song, Denver recorded it again in 1969 for his own debut studio album, Rhymes & Reasons. It was released as a single in October 1969 by RCA Records.

Although it has become one of John Denver’s best-known and most beloved songs, his version of the single failed to enter the Billboard charts and received very little radio play that year.

Yet today, Denver’s version of “Leaving on a Jet Plane” has been streamed more than 100 million times on Spotify.

A lesson for creative people everywhere:

You just never know how or when or why something will work. 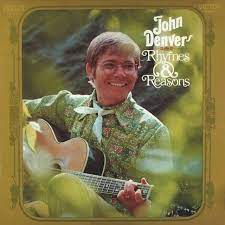