I make a lot of arguments in writing, both on my blog, via social media, in the magazine columns I write, and in the occasional newspaper pieces that I publish.

I say a lot. And I admittedly have a lot to say.

My intention is always to express myself. Make my positions clear. Argue forcefully about the things I believe in while remaining open to debate, disagreement, new information, and even the occasional counter-punching.

But I’m realistic about what I do. I don’t expect the majority of readers to take my side. I expect few if any to change their minds. I know that people almost always read my thoughts and opinions and continue with their lives, unmoved and unchanged.

But every once in a while, something different happens. Someone reaches out to me, and I am both shocked and delighted.

Yesterday was one of those days.

A woman wrote to tell me that what I had written a while back had changed her mind. At the time of our online exchange, she was, in her own words, a “super right-wing conservative southern baptist” but says that thanks in part to what I wrote, she has “seen the error of my ways.”

“I’m still a Christian,” she says. “But I’m now a mellow liberal Episcopalian. My church is very inclusive and does a lot of social justice work.”

I couldn’t believe it. I had to read it twice.

I don’t remember what I said to her with any specificity, but she told me that I never said anything cruel to her. “It was a friendly debate.”

Politicians are often fighting for that unicorn-like undecided voter, or more often, they are simply trying to turn out their base. Get their tribe to the polls. Few if any believe that they can really change a person’s mind, and sometimes I believe the same.

Foolishly, it would seem.

The woman ended her email by saying, “I wanted to let you know the impact you had on my politics and worldview.”

The lesson here is simple:

Speak your truth. Don’t be afraid to engage. Try like hell to be heard. You never know when something you say can make a real difference in a person’s life. 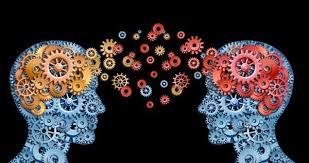