I know it was released in 1998, but boy is Deep Impact a stupid film.

It you don’t remember, Deep Impact and Armageddon both came out in 1998 – two months apart – and featured planet-killing asteroids threatening the Earth. Armageddon earned more than $200 million while Deep Impact brought in about $140 million.

Watching the last 45 minutes of the film on the treadmill last week, it was very clear why this movie failed to beat Armageddon at the box office and, more importantly, why it failed to have any significant after life on television or other secondary markets.

The movie kills all the wrong people. Constantly. And purposelessly.

The list of deaths just within the last 30 minutes of the film include:

A blinded father on a spaceship whose baby boy was born while he was in space, and who he will never see because he is blind and about to die. It’s bad enough that he is going to die without ever holding his child in his arms, but did the writers really need to blind him, too?

Parents of an infant who must hand their baby son over to their teenage daughter and her boyfriend so they can outrun a giant wave on a motorcycle.

The film’s tangential star, Tea Leoni, and her father, standing together on the edge of the Atlantic, reconciled just in time for the wave can wipe them out together.

Of course this movie failed to gain any traction in the post box office mediums. There is nothing to be happy about at the end of this film. All we have left is a bunch of parent-less infants and a purposeless death of the film’s star.

Armageddon is smart. Not in terms of science or even plot, but in terms of managing audience emotions. You feel good after watching Armageddon. Maybe a little bit stupider, too, but good.

And yes, Bruce Willis’s character dies at the end of the film, but he dies for a reason.

He saves the damn planet.

And though he also leaves a daughter behind, she’s a grown-ass woman. Not some helpless baby who will never know her father. Also, Willis saves his daughter’s future husband by taking his place on the asteroid.

Deep Impact ends with the President of the United States, standing before a decimated US Capitol. promising to rebuild.

Armageddon ends with a wedding and an Aerosmith song.

I’m not saying that characters can’t die in films. Just allow them to die for a reason. Allow their deaths to mean something. And don’t give them infants and toddlers unless it’s absolutely necessary to the plot.

Otherwise, people will watch your movie once and never want to watch it again. 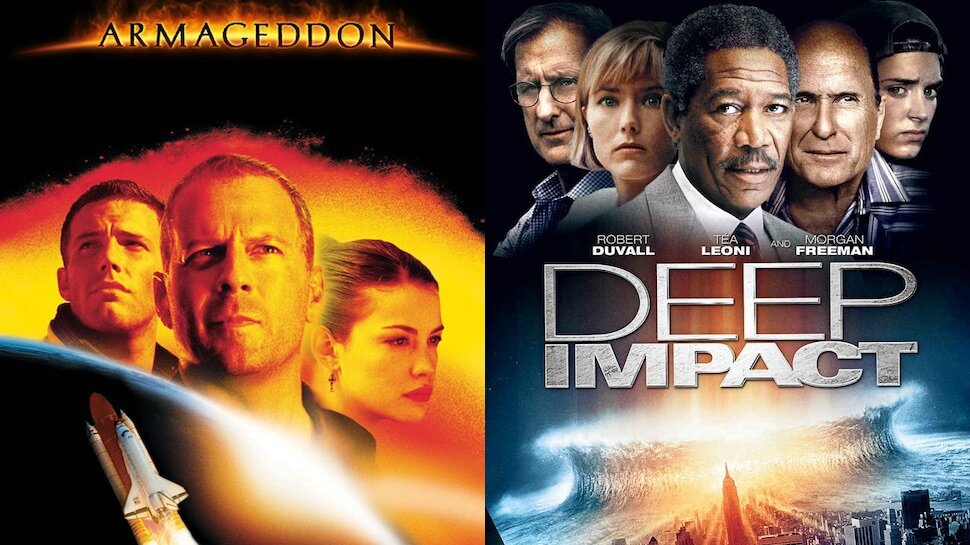