I’m not exactly off to a roaring start.

Done! Along with bananas, grapes, apples, and pears I also ate carrots that I cooked myself and green beans that I did not cook and didn’t really like but ate anyway.

Also, potatoes in any form count as a vegetable.

I stopped my burpees due to wrist soreness but resumed them last week.

Now my thumbs hurt. Maybe it’s unrelated, but I don’t think so.

Here’s something I didn’t know about burpees:

They are stupid and ridiculous. I won’t tell you how many I’m doing (not a lot), but I did them for three days a week over the final two weeks of February, and they still suck.

This was a terrible idea.

Still waiting for a go-ahead from my editor that the book I pitched will be the next book. This is the problem with being two books ahead. No one is in a rush for your 2022 novel.

I may just start writing anyway as soon as proofs for my next book are complete.

After starting over in February, I’ve written about half a page, which is also stupid and ridiculous.

None written in February,

Two more letters written in February. Four overall. Off to a flying start.

One show produced in February, and it was a great one, bringing our total so far to one.

But we have two in March, on Sunday, March 3 and Saturday, March 30, plus a Hartford story slam on March 23 in conjunction with two other producers.

You should come to all of them!

19. Begin selling Speak Up swag at our events and/or online.

Revisions of the new logo continue. Once it is finalized, swag can be ordered.

Done! I’ve pitched myself to five TEDx conferences so far.

One has expressed interest. Two passed. I await word from the final two.

I attended one Moth StorySLAM in February, bringing my total to three events so far.

I won a Moth StorySLAM in Boston in February. Two wins so far in 2019.

I’ll be at a Moth StorySLAM in NYC at least once in March. 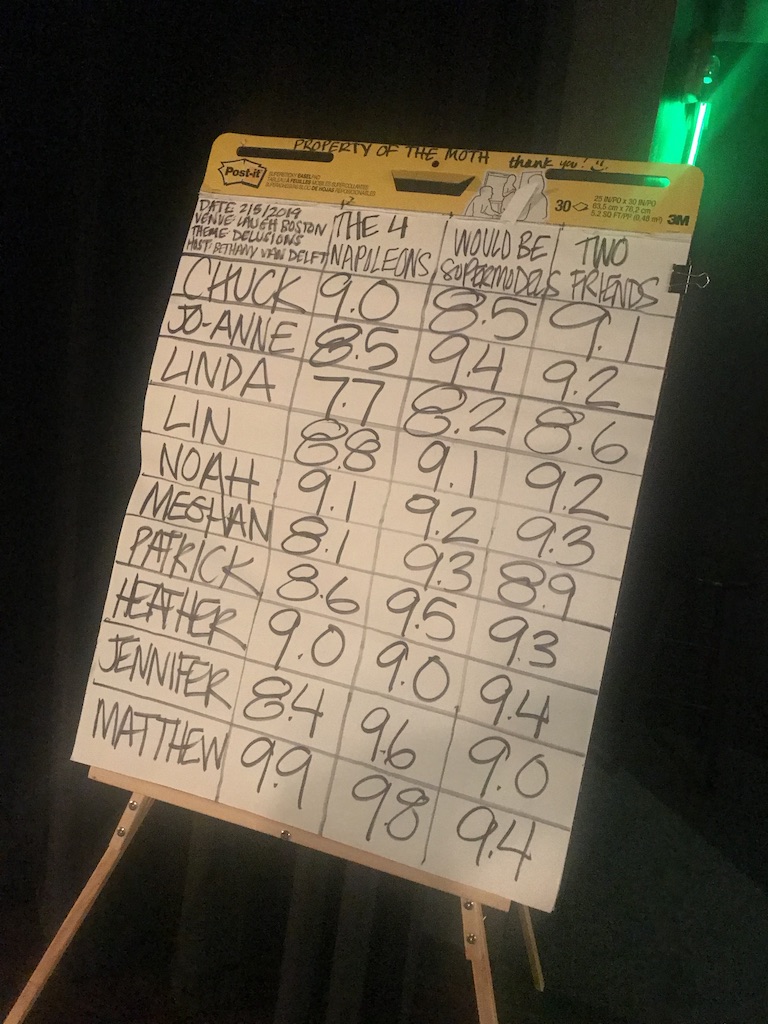 I’ll be competing in another GrandSLAM in March. 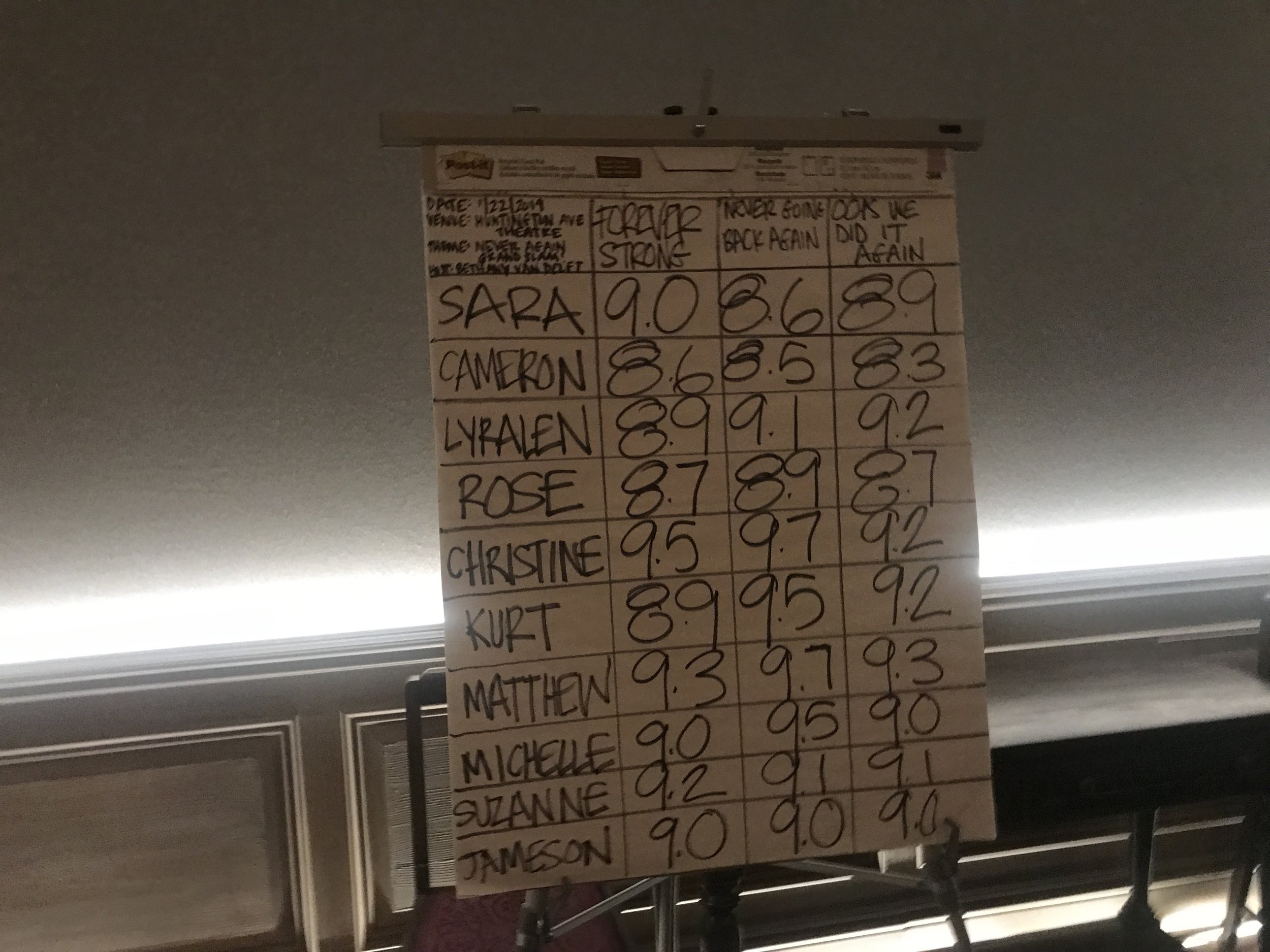 Listen to our latest here or subscribe wherever you get your podcasts.!

Thanks to you, dear readers, I have leads on two possibilities.

Final design decisions have been made. Work will commence very soon, I hope.

I made dinner three times for the family in February. Chicken, stuffing, carrots, and potatoes twice and spaghetti and a meat sauce the second time. I chopped vegetables and everything.

Done! I did not comment on physical appearance with the exception of my wife and children in February.

I mailed another card – much more clever – to Elysha’s school, telling her how I much I love her.

Incremental progress. Every week I throw away or organize a few items. It’s still going to require a full day at some point and perhaps a trip to the dump or even a dumpster.

We’ve agreed to see each other more often and have been texting about dates.