Lines in Aurora reportedly reached two miles long according to police who struggled to control traffic all day, with some customers waiting 14 hours to be served.

14 hours is longer than it took to complete the initial landings on Omaha Beach on D-Day.

The odds of a human being existing are infinitesimal. One tiny sperm cell must outrace hundreds of millions of other tiny sperm cells in order to fertilize an egg to create a human life.

Then that human spends 14 hours of that precious, unlikely life waiting for a cheeseburger.

Harsh, I know. I try not to judge. I really do. Someone recently asked me how I felt about Hunter Biden dating his brother’s widow less than a year after his brother’s death, and my opinion was that anyone who judged the couple for their romantic relationship was a terrible person.

People get to love whoever they want, whenever they want, regardless of circumstances. No one can know what resides in the hearts and minds of two people.

But this In-N-Out Burger situation is too much for me. I know that I place a premium (and perhaps too high a premium) on productivity, efficiency, and the calculated, decisive, strategic use of one’s time. Maybe I could benefit from a little less intensity and a little more relaxation. But 14 hours for a cheeseburger strikes me as clinically insane. A complete and total disregard for all that could have been accomplished in that time. An overvaluing of an experience that could just as easily be enjoyed a week later for a tiny fraction of the time.

Years ago, a Crispy Creme Donut opened in my town. For three weeks, traffic around the donut shop was a nightmare. It stretched for more than a mile. The local news reported on the long lines for a week. Wait times on the first day exceeded three hours.

Two weeks after the grand opening, I strolled into the shop and purchased a donut in less than 5 minutes.

Same donut. Same experience. Except that it cost me 5 minutes instead of 3 hours.

Also, it was just a donut. Not that great, either.

Today that Crispy Creme location is a bank. Never believe the hype.

When people waste time in proportions like those in Aurora this weekend, I cannot help but feel incensed about their complete and total disregard for the most precious commodity on this planet:

A person would never spend 14 hours worth of their paycheck on a cheeseburger. They would never toil away at their job for nearly two days in order to purchase cow meat on bread. They treat their money like it has great value but toss away their time like it is meaningless.

It makes no sense. Why do they do it?

They probably do it so they can they can eat an In-N-Out burger on the first day. Take a photo of themselves receiving their burger for Instagram. Tell their friends that they were one of the first people in Colorado to try the famed Double-Double.

They do it because they think that waiting for hours for an In-N-Out burger mean something.

I try not to judge, but in this case, I judge. It’s lunacy. Stupidity.

In the words of my wife, Elysha, when I told her about the 14 hour wait:

“It’s the dumbest thing ever.”

But I don’t think so. 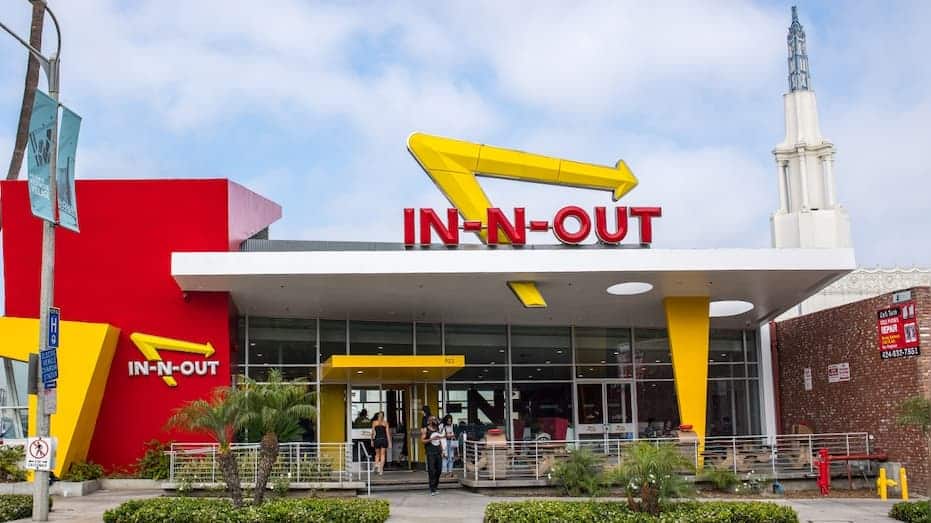