Every morning without fail, I watch Stephen Colbert’s monologue on The Late Show.

For the past 15 months, Colbert’s monologue and show has been performed from his bathtub, a home in North Carolina, and finally a small room in the Ed Sullivan Theater. Rather than calling his show “The Late Show,” Colbert has spent the pandemic welcoming his television audience to “A Late Show.”

On Monday night, for the first time since the pandemic began, Colbert performed in front a live studio audience of vaccinated Americans.

For the first time in more than 15 months, Stephen Colbert welcomed his audience back to “The Late Show.”

The simple change of word – one article for another – brought a tear to my eye.

Since the pandemic began, I have been reassuring people that the day would come when we’d look back on this time and say, “Remember when we all wore masks and tried like hell to stay six feet apart? Wasn’t that crazy?”

A bunch of stupid, selfish, unpatriotic losers desperately trying to compensate for fragile egos with false bravado didn’t wear masks as often, or at all, but remember when all the decent, intelligent, patriotic Americans wore masks and tried like hell to stay six feet apart?

There was a time when I was washing and quarantining my groceries in the garage for three days. There were two weeks in the winter I was reading Harry Potter to the kids with a laptop perched between them, Elysha beaming in from the bedroom via Zoom as she recovered from COVID.

Outside the United States, the situation is even worse.

But normalcy is also slowing returning as we beat back this virus. Things are getting better.

For more than a year, I have waited patiently for Stephen Colbert to switch that one little word and return to hosting The Late Show.

This week it finally happened. One tiny word that, for me, signaled so much. Another positive step toward the end of the fear, illness, and death that has ravaged our country and world for so long. 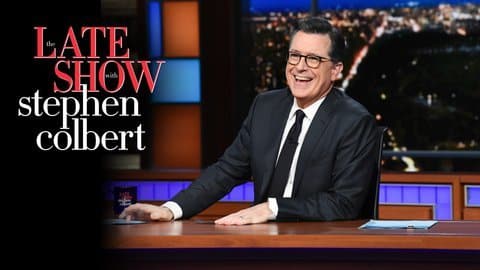