Someone did something rotten to me a few weeks ago.

A person who I have never met but who performs in the same New York storytelling community as me, who knows many of the same storytellers that I do, and who was connected to me via Facebook, decided to block me.

I didn’t notice. Though I post to Facebook regularly, I don’t routinely scroll my feed. Even if I did, I have more than 1,300 Facebook friends and 1.400 fans. It’s unlikely I would’ve noticed the departure of someone who I had never actually met.

Once I was blocked and unable to see any of her content, she wrote a scathing post about me.

Already disenchanted with me (thus the block), this person had seen my post on an NYC storytelling group promoting my monthly author newsletter (which includes storytelling tips), and this had apparently sent her over the edge. She took to Facebook, calling me, among other things, obnoxious, egotistical, self-important, average, and “Mr. Full of Himself.”

She didn’t name me directly but included enough biographical info to make it perfectly clear it was me. “Produces his own show.” “Published author.” Multiple Moth StorySLAM winner. Other details very specific to me.

There was no doubt over who she was writing about.

It was a cruel and scathing post that painted me as a self-absorbed, opportunistic narcissist who treats the storytellers in my shows with contempt. She called for someone in the community to “sit me down” and inform me that I’m “not all that.”

“He needs to STOP,” she wrote.

There were also factual inaccuracies in the post. Some of her accusations were simply untrue. She was criticizing circumstances that she did not fully understand.

All of this was upsetting, but I’m a grown man. I can accept criticism, as unfounded and unhinged as it may be. After a decade of publishing novels, magazine columns, podcasts, and a blog, in addition to performing on stage hundreds of times around the world and writing and producing my own musicals, I’ve received my share of criticism. I can accept that. I’ve grown a very thick skin. 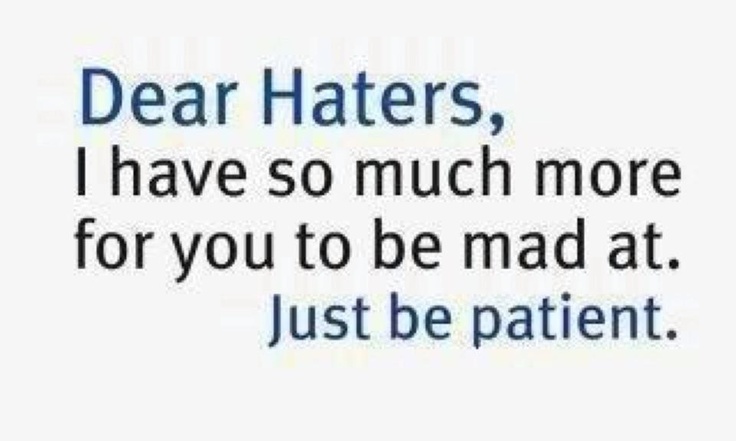 But there’s one important difference here.

Because this person blocked me on Facebook before posting her diatribe, I could not see (and would never see) this otherwise public post that was fully visible to my colleagues, friends, competitors, and business partners in the storytelling community. Rather than addressing me directly or posting something on the public network that I could also see, she attacked me behind my back.

It was an act of cowardice. She called for someone in the community to “sit me down” and make me stop while conveniently and cowardly hiding behind her Facebook wall.

Had multiple friends in the community not sent me screenshots of her post and cut-and-pasted the text of the post into emails to me, and had she not mistakenly remained Facebook friends with Elysha (whoopsie!), I would have never seen this scathing, libelous attack.

This is one of the insidious parts of social media that doesn’t receive enough attention. As an elementary school teacher for 20 years, I have witnessed firsthand the rise of cyber bullying and know all too well how terrible it can be. It’s devastating to see ugliness, hate, and lies published on a network for the world to see.

But this is different. It hurts to hear that someone despises you and is publicly critical of your craft, but to know that everyone who is important to you professionally can read and respond to the accusations but you cannot is downright insidious and terrifying. To think that this person could continue to attack me again and again, behind my back, in such a cowardly, despicable manner, without me knowing or having any recourse, is scary as hell. To know that your community is reading such hateful comments while you are unable to respond is both enraging and unsettling.

Elysha didn’t sleep well for days after seeing this post. She couldn’t understand how someone who I have never met could be so angry to attack me online in such a nefarious way.

I can’t either. I can’t begin to imagine her motives or what she hoped to gain from this bit of nastiness.

In response, I wrote to the woman, asking to speak on the phone. I promised to be open-minded and polite. I offered to let bygones by bygones in hopes of finding a middle ground of understanding. And I meant it. I’m nothing if not forgiving.

Not surprising, she refused. Instead, she sent another screed, calling me among other things a liar. She also widening her target package to include Elysha, who she referred to as a “ditz and a flake.”

It’s an email filled with anger and cruelty and stupidity, and I am so pleased to be in possession of it if I decide to take action someday or (even better) simply post our exchange of emails online for entertainment purposes.

It makes for a fun read. Perhaps a holiday gift to my readers.

But at least the attack was directed at me this time instead of behind my back. At least I knew what was being said about me. At least I had an opportunity to respond. Defend myself. Challenge her blatant inaccuracies with stubborn little facts.

Human beings have undoubtedly been speaking behind the back of other human beings since the beginning of time. This is nothing new. It’s awful but unavoidable. But with the ability to block people on platforms like Facebook, we can now speak poorly, cruelly, damagingly, and libelously about another person without their knowledge and reach an audience of thousands with a single click. We can malign a person within their own online community without them ever seeing the insult. We can besmirch their reputation. Levy false allegations. Damage their means of making a living.

All without the victim ever knowing.

This level of behind the back cowardice is new, and it is terrifying.

The good news about my situation is that the community came to my defense. They did the right thing. They alerted me to the post and offered to respond on my behalf. Elysha was then able to find the post and take screenshots as well.

It’s important that we all do this.

Public criticism, as harsh and even unfair as it may be, is something that I’m willing to accept. As an author, storyteller, podcaster, playwright, and blogger, I accept my position as a public figure. Criticism is part of the deal. Those who create understand this reality.

When we see these things happen, we must stand up and say no. We can’t accept this level of cowardice and cruelty.

I’m grateful that my community rose to my defense, but then again, I wasn’t surprised. Storytellers are good people.

Most of them, at least.