I’m quite certain that Acme Music in Cheshire, CT is a brilliantly operated business, but there was a moment when someone chose this name, and I can’t help but think they weren’t trying very hard.

“Acme” admittedly begins with two letters at the front of the alphabet, so if we were living in the age of the yellow pages, when you wanted your business to appear first on a list, this may have meant something.

But that time has long since past.

Acme also means “the point at which someone or something is best, perfect, or most successful,” but I think this definition was perhaps more well known in a time before Wile E. Coyote began purchasing explosives from the fictional Acme corporation in order to blow up his mortal enemy, the Road Runner.

It’s not even a terribly original name. In Connecticut alone, Acme is used in the name a car dealership, a wire company, a typesetter, a small chain of grocery stores, and a furniture store, amongst many others.

I believe in thoughtful, strategic, meaningful naming of all things.

Elysha and I debated the name of our storytelling company, Speak Up, for a long time before finally deciding on a name.

We can’t agree with whose idea it was, or more accurately, Elysha is misremembering whose idea it was, but that’s beside the point. The name works well. We encourage people to find and tell their best stories. We want them to “speak up.”

My newest company is named Storyworthy, which is also the name of my book, “Storyworthy: Engage, Teach, Persuade, and Change Your Life Through the Power of Storytelling.” The word will also be included in the title of my next book on storytelling. I like the name a lot, particularly because I preach the idea that everyone lives a life filled with stories that deserve to be told.

Admittedly, I don’t always nail the names of businesses. My DJ company, for example, is named Jam Packed Dance Floor DJ’s. The meaning of the title is clear, but it doesn’t exactly roll off the tongue. I think we probably regretted the name about three months after we went into business, but by then, we’d booked about 25 weddings and were off.

When I was in high school, writing term papers for classmates in exchange for money, I would send customers a hand-written receipt with the company name “Dicks Writes For You.”

Again, it’s a very descriptive name, but it’s not exactly a good name. Also, when you’re business is covert and illicit, as my term paper writing business was, why give it a name at all? Why create a paper trail for teachers and principals and the IRS to one day find?

Maybe Acme Music isn’t so bad after all. 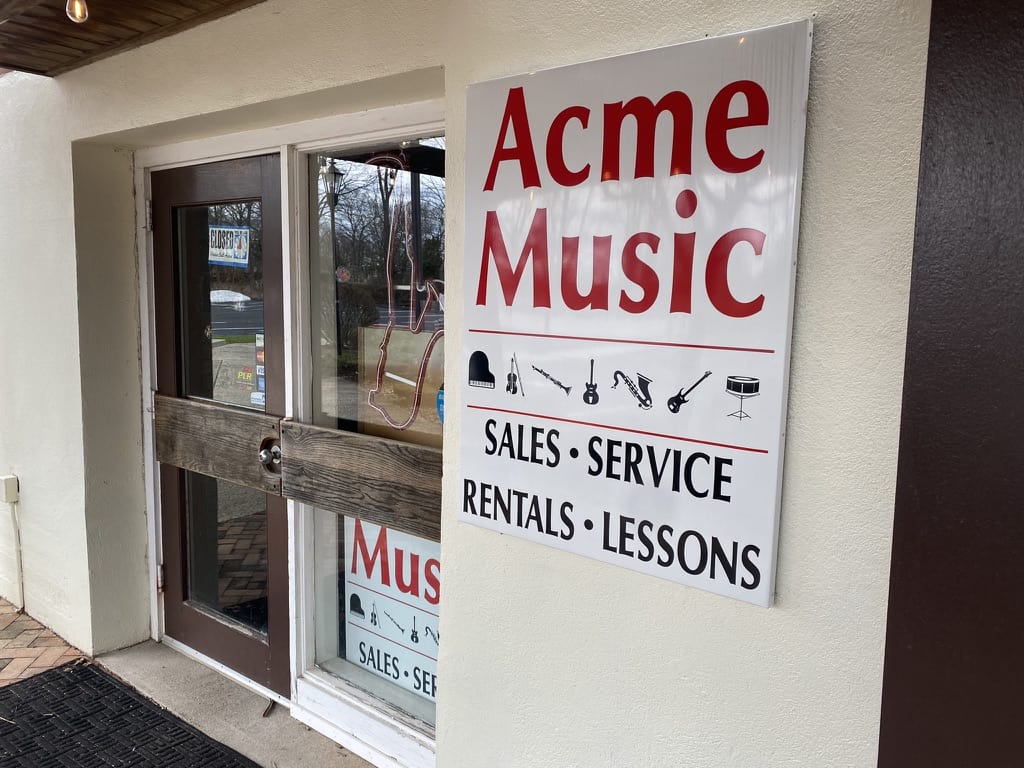