As you may know, the President has blocked me on Twitter.

Shortly after I fired off three successive tweets at him this summer about his failure to produce his promised tax returns, Trump tweeted some inane nonsense to the world and then blocked three people (likely the three at the top of his feed), including me. 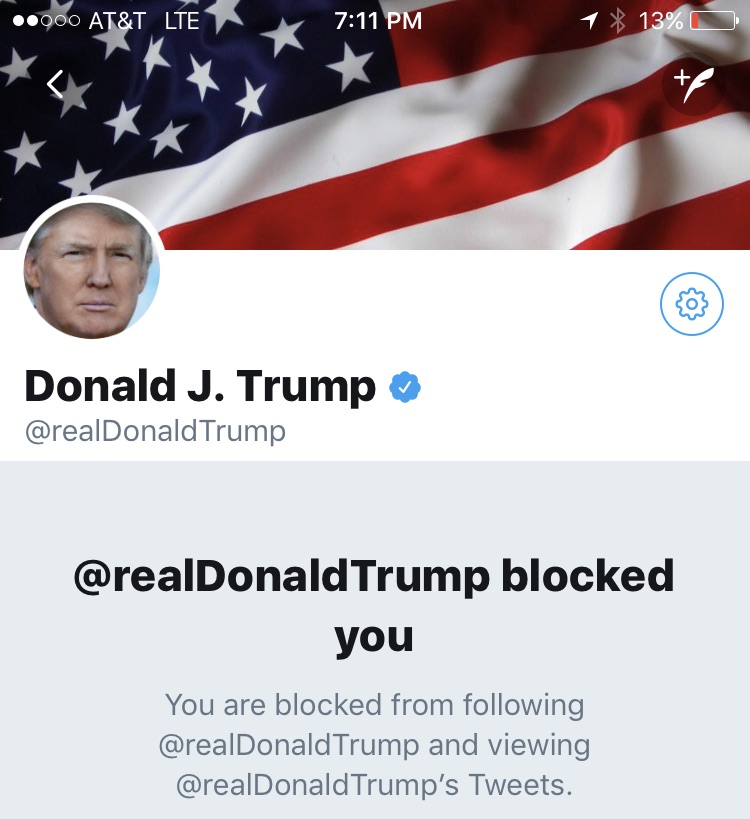 I was outraged. I remain outraged. Yes, I can still see his tweets via an alternate account or a variety of browser settings, but I am no longer able access his Twitter feed via my primary Twitter feed, and this means I can no longer tweet at him or respond to him as me.

When you don’t clap at his speech, he calls you a traitor, for example.

In January of 2018, after Trump seemed to be goading North Korea into a nuclear clash via Twitter, an argument was made that Twitter bans users all the time for making similarly threatening and endangering remarks.

Twitter responded to these inquiries as it has with similar calls to ban Trump from the platform for similarly egregious tweets:

“Blocking a world leader from Twitter or removing their controversial Tweets would hide important information people should be able to see and debate.”

Fine, but then this:

If you want to argue that world leaders cannot be banned from Twitter because the information they provide is too important to hide, then world leaders should be prevented from blocking citizens from this same important information.

This would be a fair, logical, and sensible policy that would afford world leaders the benefits that Twitter believes is necessary while also providing some basic rights for the citizenry of the world as well.

Why Twitter has not taken this step baffles me. Are they afraid of our vindictive, man-child President? Do they worry that he might abandon the Twitter platform for Snapchat? Or is the company run by hypocrites who don’t give a damn about the dissemination of important information?