Elysha and I have been watching The Crown over the past two months. Since we average less than an hour of television per day, binging a show can really take a while.

Nevertheless, it’s a fine show. We finished it this weekend.

Admittedly, there are episodes in which the stakes amount to something like:

“Will the Queen go against tradition and promote the younger private secretary?”

I also despise the monarchy. Snobbery, nepotism, unearned privilege, and excessive adherence to tradition make me sick. I realize that The Crown is a historical reinterpretation of reality, but in learning about Queen Elizabeth via the show, I’ve come to the conclusion that Elysha is a far better person than the Queen, at least in terms of how she is represented in this TV show.

In truth, Elysha is an undercover subversive. People often think about me as unorthodox and nonconforming, but Elysha’s streak of nonconformity and her disregard for tradition is profound. She just doesn’t write or talk incessantly about it. She hides it well.

Last night, while watching the Queen ruin people’s live in order to adhere to tradition, I thought of times in my life when Elysha and the Queen would’ve done something very differently, and how Elysha’s decision was always best.

There are many of course, but here are four that immediately came to mind:

1. Years ago, one of our now-deceased, rarely visited relatives cornered us after dinner, accusing us of not sending a thank you note for a wedding gift that was never actually received. “I thought to myself,” this person said, “that these people are teaching children?”

I was enraged. I stabbed this person with every verbal barb that I could muster. I silenced this person with a scathing attack, and when they attempted to soften their original statement, I was having none of it. You don’t get to say terrible things and then pretend that you didn’t mean to sound terrible.

Then I turned and left, never to see this person again.

Elysha supported me every step of the way. She, too, made no attempt to see this person ever again.

The Queen, however, would’ve forced us to share brunch with this person the next week and pretend to like one another.

2. Years ago, Elysha and I attended a holiday gathering hosted by a friend and their family. In the midst of the gathering, one of the hosts was excessively and unjustifiably rude to me. I was inexplicably and publicly berated for something that everyone else was already doing. Essentially, the host had reached their breaking point, and I happened to be speaking at that moment.

Later, this person tried to apologize to me by not actually apologizing.

As we left the home, Elysha said, “You never need to come back to this house again.”

The Queen would’ve forced me back into that home the very next day to make unnecessary amends.

3. A few years ago, Elysha and I attended a wedding. I wore a suit but no tie. I was the only man at the wedding not wearing a tie because I don’t wear ties anymore. They are stupid, decorative nooses that serve no function except for occasionally killing a man when they get caught in machinery.

Several men approached me that evening, jealous of my lack of a necktie, asking how I managed to “get away without wear one.”

4. After announcing our engagement, my lovely and generous in-laws hosted a party on our behalf. When temperatures were forecast to exceed 90 degrees, they decided to serve a chilled salmon dish that was undoubtedly delicious. But I don’t enjoy salmon, especially when it’s served cold.

Prior to the party, Elysha and I went to the grocery store, where she purchased a meatloaf just for me, making sure that I could enjoy the food at my own engagement party.

In each case, the Queen (and I suspect many decidedly less royal people) would’ve argued in favor of tradition in lieu of individualism, independence, and personal comfort.

Many parents, partners, and spouses would likely frown at each of these decisions, whereas Elysha embraced every one.

She’s truly a subversive, undercover nonconformist. Someone willing to eschew tradition and expectation when it collides with things far more important.

I understand the trappings of tradition. It makes people comfortable. It sets specific rules that people can follow. It eliminates the risk of faux pas. It codifies the establishment. It makes life easier for people who don’t like risk-taking and prefer specific rules.

And it makes sense to cling to tradition if you are the Queen. It’s not surprising that a bunch of white people who did nothing to earn their wealth and power would embrace tradition.

The alternative would be to get a job. Pay taxes on that castle. Take public transportation.

I understand the appeal of tradition, especially if it affords you luxury and power, but even when it eliminates the need and risk of making a personal choice.

I get it. Even I enjoy certain traditions, as long as they don’t impose upon personal freedom. When tradition strips a person of his right to choose their own path or requires them to compromise their personal positions or comfort, I despise it.

Elysha does, too. She just hides it better than me.

I love her for it. 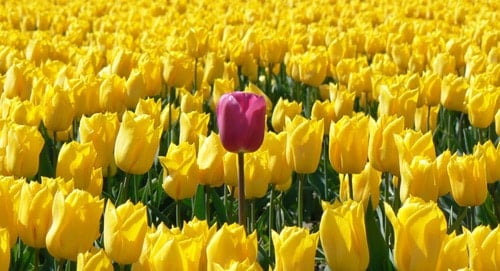