During this past school year, my students spent a week reading graphic novels as an introduction to the genre. Among the many graphic novels that I have is a set of non-fiction books that center on famous disasters in American history like the Hindenburg explosion, the Japanese attack on Pearl Harbor, and the near-tragic Apollo 13 mission. 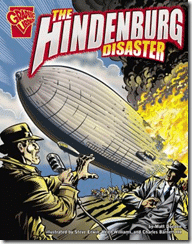 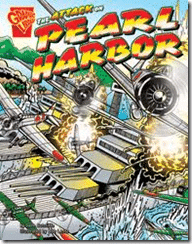 The kids love the comic book-like nature of the books, but even better, they loves the stories contained therein. Most of them have heard bits and pieces about these dramatic moments from our nation’s past, but few have ever read full accounts of the events until they read these books.

A parent volunteer (who also happens to be a good friend) was in the classroom one day during the graphic novel unit, volunteering to read with some of my students. After assigning him to a group of kids, I handed out copies of the books and sent them on their way.

My friend looked at me like I was crazy.

“Are you sure you want us reading that book?” he asked.

“Yes,” I said. “A bunch of kids have read it already. It’s a little gruesome, but it’s fine. It’s American history.”

About fifteen minutes later I checked in with his group to determine their progress. His look of consternation had been replaced by noticeable relief. 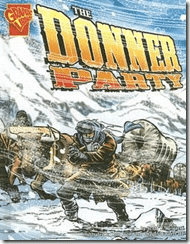 “Yeah, the Donner party,” I repeated. “What did you think I said?”

“I thought you said the Dalmer party. Like Jeffrey Dalmer. I thought you had the kids reading about serial killers.”

“And you were willing to go along with that?” I asked.

“Well, you’re the teacher,” he said. “I figured you knew what you were doing.”

Sometimes there’s a such thing as having too much trust in a teacher.