I’ve said it before. I’ll say it again:

Put stuff into the world. You never know what will come back to you.

Yesterday I wrote about an essay – recently discovered by my aunt – that my maternal grandmother wrote back in 1939.

A few hours later, I received a message from a former classmate asking if this photo, posted on the Facebook page “Blackstone, Past, Present and Future” a month ago, included my family.

The photo includes my paternal great grandparents, Arthur and Hilda, along with my grandfather, Frederick, and my great uncle, Harry. 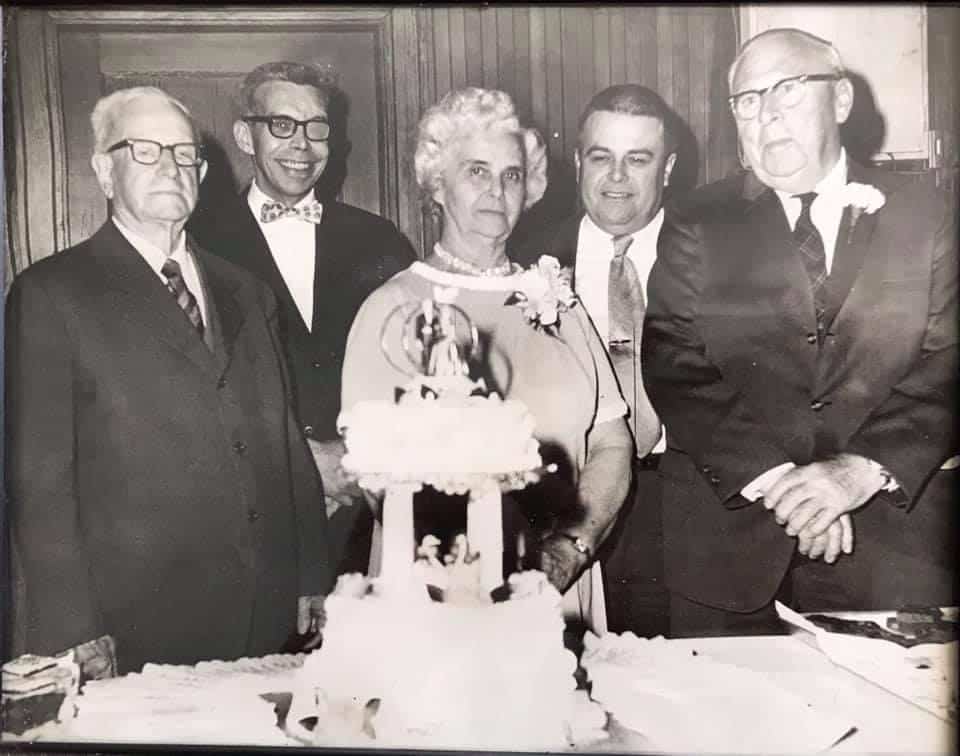 It turns out that the photo was posted by my maternal uncle, who married my paternal aunt.

I grew up next door to my paternal grandparents, so I knew my grandfather well. My great uncle Harry also lived in that home until the end of his life just a few years ago, so I got to know him fairly well, too. I also remember my great grandfather, who also lived in that home until his death when I was still a boy. Great Grandpa sat in a chair in the family room, and as far as I can remember, never moved from that chair for as long as I knew him.

I never knew my great grandmother, Hilda. She has passed away too early for me to remember her, so this is the first time I’ve ever seen her.

Half a century ago, members of my family gathered in celebration in a parish hall that I know very well. I’ve bobbed for apples on Halloween, played basketball as a teenager, and attended weddings in that same parish hall.

Little did I know that my family once celebrated there, too.

Who knows? Maybe my mother brought me to the party. I was two months old at the time. Perhaps I made an appearance.

Little did my great grandparents know that half a century later, their great grandson would be staring into their faces, looking for clues about what they were thinking and feeling on this day of celebration.

Thanks to Christine Lavallee Bolduc for sending me this photo and all these memories.

Put stuff into the world. You never know what will come back in return.