I was sitting in section 331 at Gillette Stadium last week. The Patriots were at midfield and driving to the end zone. Instead of the typically crisp passes from Tom Brady to his cast of suspect wide receivers, New England was running the ball, opening up large holes for the running backs to exploit.

With every first down, we cheered.

I was sitting beside Shep, my seat mate for more than a decade. As we watched the team we love drive down the field, we also found ourselves discussing Supreme Court Justice John Roberts and his surprising center-right position relative to his recent ruling on Trump’s asylum ban. Though both of us had expected the Court to uphold this vile policy, Roberts had surprised us, placing the rule of law over political ideology and overturning Trump’s new policy.

In the midst of this discussion, with the Patriots now on the 20 yard line, Shep stopped talking, looked around at the tens of thousands of people around us, and said, “I don’t think anyone else in this stadium is talking about John Roberts and his decision on asylum policy last week.”

Then he added, “ I don’t think anyone is even talking politics at all.”

With 66,000 people in attendance, it’s hard to know, but I think Shep was probably right. We were probably the only two people in the stadium discussing US asylum policy as the Patriots scored their first touchdown of the day.

A couple months earlier, Shep and I were sitting in these same seats, discussing how Centers for Medicare and Medicaid Services Administrator Seema Verma had tweeted a photo of a T-shirt printed with “Medicare for all,” calling it “this year’s scariest Halloween costume.”

We were both appalled at the stupidity and immaturity of such a tweet.

We were definitely the only two people in the stadium discussing Seema Verma that day.

When giving advice to my fifth grade students on middle school, I always tell them to find their people. After spending six years in elementary school with the same group of 100 kids, my students are about enter a much larger school and meet many new people. Though it may seem scary at first, I tell them to be excited. “It’s your chance to find friends who really understand you. People who like the kinds of things you like. Believe in the same tings you believe. It’s your chance to find new friends who get you. Find your people.”

My wife Elysha famously did this in high school, finding a group of incredibly diverse friends who she adored. Cool kids and misfits. Theater kids and writers. A guy named Chainsaw. Elysha found her people when she was a teenager, and she’s spent her life adding to that rich cast of characters who she now calls friends.

And I found Shep when he hired me to DJ his wedding back in August of 2000. His marriage didn’t last but our friendship thankfully has endured. And as much as I enjoy sitting in that stadium, watching the Patriots play, a large part of the joy is the day that I spend with Shep, talking about football and friends. Family and work. Writing and politics.

Including John Roberts’ recent ruling on American asylum policy under the Trump administration.

It’s important to find your people. Identify the individuals in this world who get you and hold on tight. Make the effort to remain connected.

It’s hard to find someone who can discuss the intricacies of the American healthcare industry while simultaneously threatening the life of a referee over a pass interference call, debating the flawed feminism in the Wonder Woman film, and shouting at a Baltimore Ravens fan to shut his trap.

I found my people.

I hope you have, too. 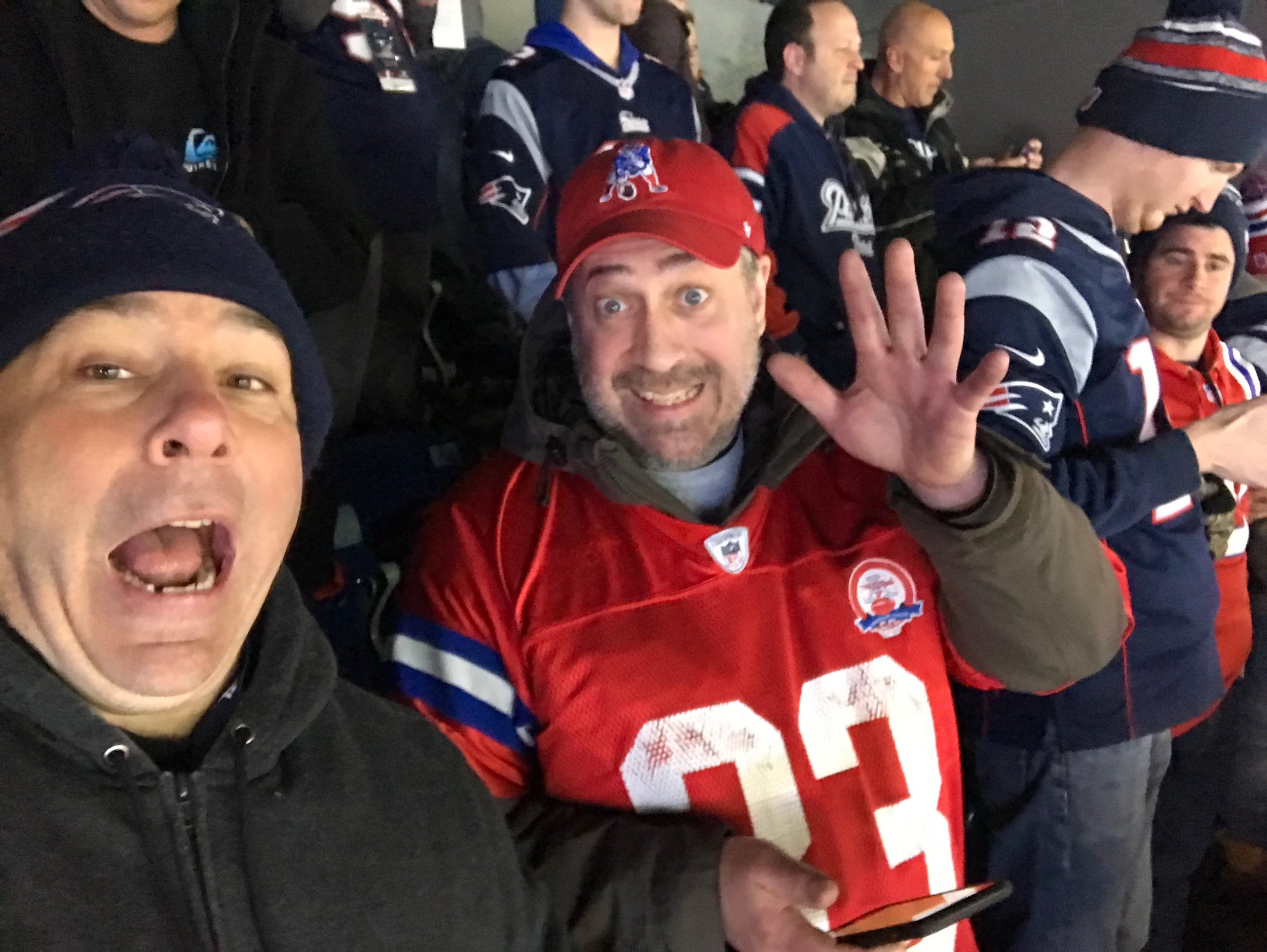