Every year, Space Telescope Science Institute in Maryland fields thousands of requests from scientists all over the world to use the Hubble telescope to advance their research.

Only 200 proposals are accepted.

As a result, a double-blind evaluation method was implemented wherein reviewers couldn’t see the name of the person who proposed the project.

This is an excellent reminder that it’s still incredibly hard to be a woman and that a man’s success in almost any arena should be discounted to some degree by the presence of his penis.

If that penis happens to be white, double the discount. 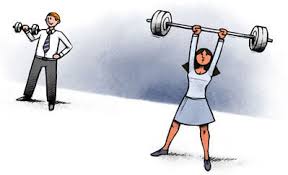