I am so saddened over this news.

From the Providence Journal:

As a vice principal, Mr. Chrabaszcz was one of the first adults in my life who was willing to listen to my nonconformist, occasionally subversive ideas and debate me in a real and sometimes heated way. Rather than dismissing my complaints or ignoring my explanations, Mr. Chrabaszcz engaged with me. We went toe-to-toe on many issues. We raised our voices and stood our ground.

I loved every minute of it.

When I argued, for example, that I should not be required to type my term papers because I didn’t own a typewriter and was denied access to the machines at school because I had chosen to take a geography class rather than a typing class, he listened. He pushed back. He probed my thinking. He investigated my claims. Ultimately, he agreed with me, and as a result, teachers were no longer permitted to require students to type their term papers unless those students were guaranteed access to the school machines for a reasonable amount of time.

I didn’t type another paper that year.

I wrote about this debate and his decision in the school newspaper in a piece called “The Right to Write.” It was in many ways my first real piece of writing. It was the first time I had expressed my opinion in a voice that sounded like my own. It was argumentative. Nonconformist. Unconventional. Angry, even. It represented a challenge to authority. It argued in defense of the have-nots.

The morning that the piece was published, Mr. Chrabaszcz pulled me out of my English class. Standing just outside the door to the classroom, he held the newspaper up in front of me, shook it, and said, “You need to learn to type, dummy. You’re going to be a writer someday.”

This was an enormous moment for me. Mr. Chrabaszcz was the first and only adult from my childhood who spoke to me about my future and my potential. Parents, teachers, and guidance counselors would abandon me, but Mr. Chrabaszcz believed in me. There were moments on my long and seemingly impossible journey to college when those words outside that classroom kept me going.

Three years ago, after befriending a Toll Gate High School student who read my books and initiated a long, ongoing exchange of emails of me, I visited Toll Gate High School to talk with students about writing, and during the visit, I met with Mr. Chrabaszcz, who was the principal. He remembered me well from my high school days, and from what I could see, he hadn’t changed much. Energetic, enthusiastic, and always quick to the point, he was thrilled to hear that I had become the writer he predicted I would be, but he was even more excited about my teaching career.

Since that visit, we have been exchanging emails with Mr. Chrabaszcz about education, writing, leadership, and our lives. I treasure every one of our exchanges.

Stephen Chrabaszcz was a great leader and a better friend who helped to shape my life.

He will be missed. 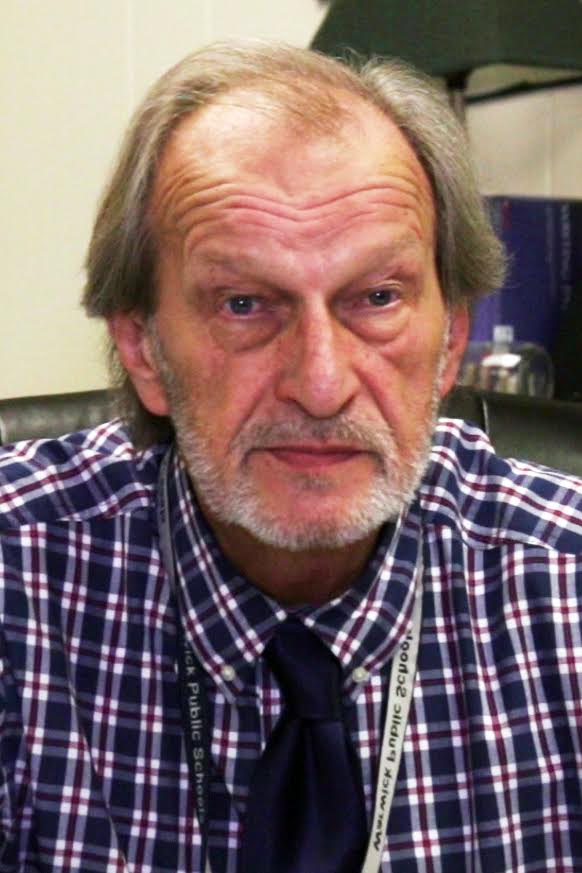