I have a habit of including real people in my fictional stories.

If you’ve read Memoirs of an Imaginary Friend, you might know that Mrs. Gosk is a real person. She was my colleague for 18 years until last year when she terribly, tragically retired. If you have the audio version of that book, you can hear an interview of Donna and me at the end of the recording.

In A Perfect Comeback of Caroline Jacobs, there’s a minor character named Eric Feeney who appears in the first couple pages of the book. He’s a father of twins who is attending a PTO meeting and waiting anxiously to leave so he can watch the New York Giants game.

Feeney is also real. I teach with him. He has twin daughters. He’s a Giants fan.

He’s also a publicity hound, so last week, while visiting Northshire Books in Manchester, Vermont, he convinced the lovely booksellers to allow him to sign a copy of the book.

I’m not surprised. He also signed copies during my release party last fall. He actually wanted a table set up next to mine just so he could sign as many books as possible.

To his credit, he is probably responsible for selling at least two dozen books on his own, so it’s hard to complain. 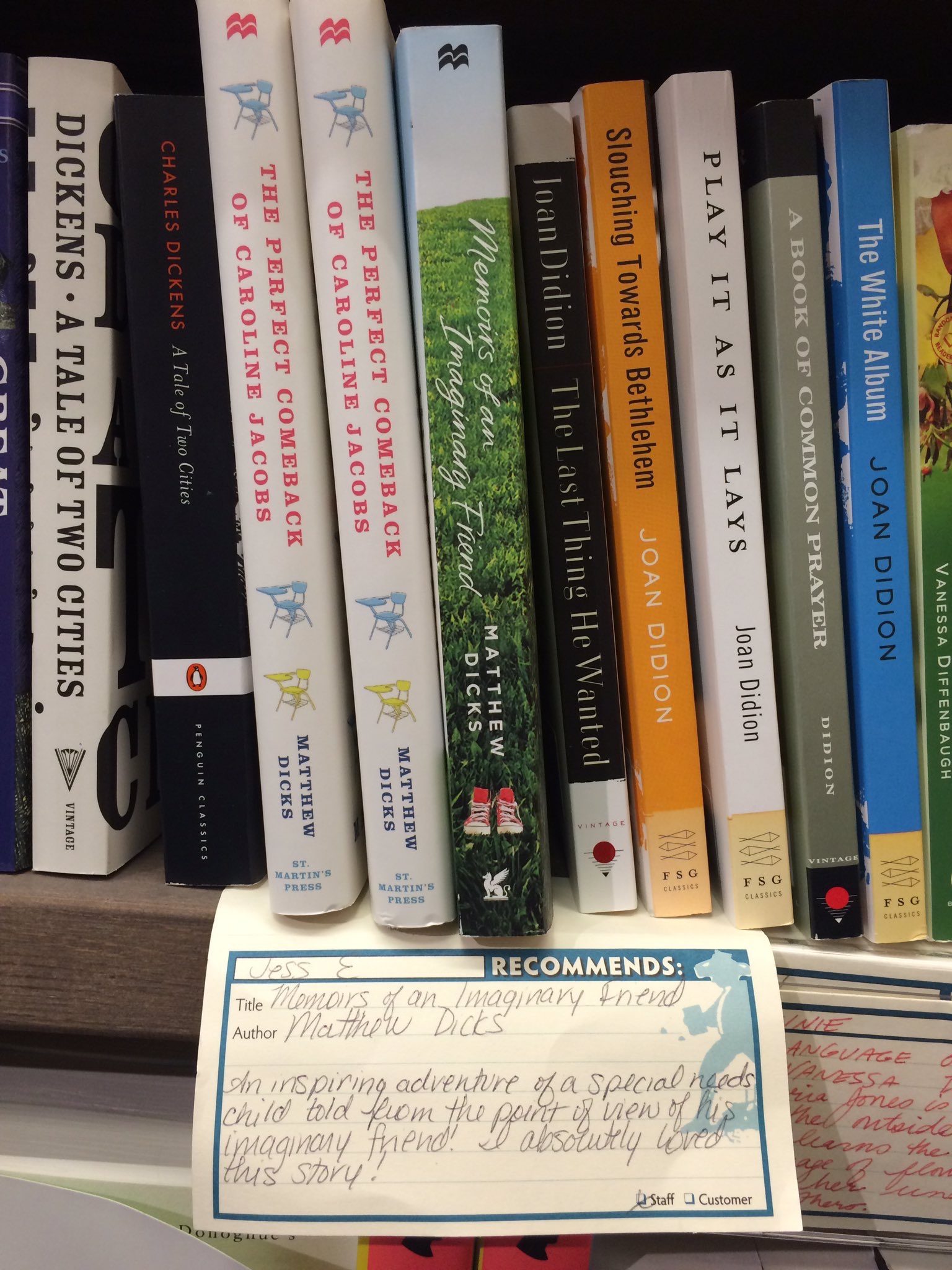 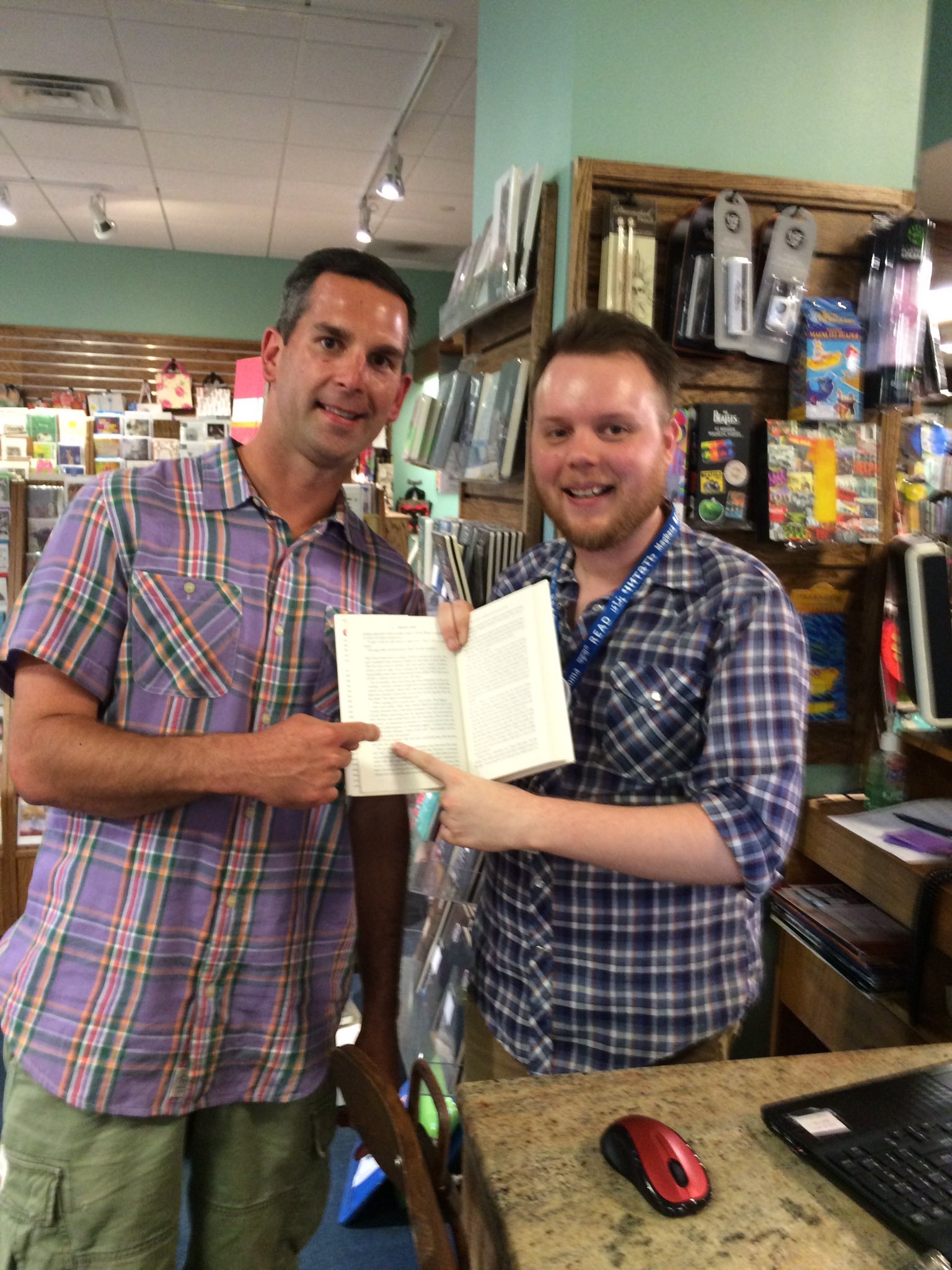 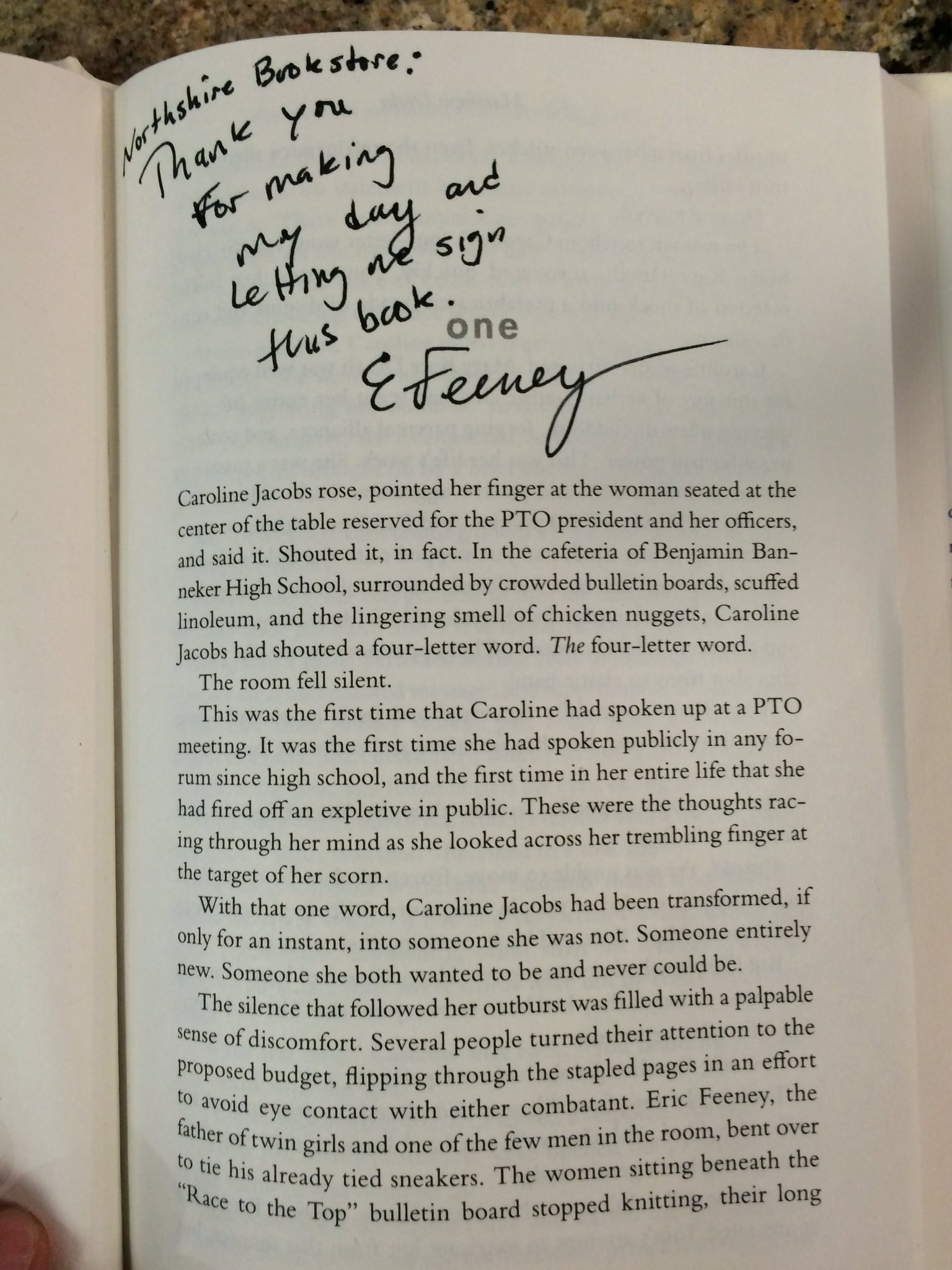