Arizona, Idaho and Kansas are the three most recent states to attempt to legalize discrimination based upon sexual orientation.

Arizona’s law passed through the House and Senate before the governor vetoed the bill.

The Kansas bill passed the House on a clear majority before dying in the House.

The decision on the Idaho bill, which is the most egregious of them all, is pending.

It’s easy to see these state legislators take positions against same-sex marriage and civil rights and think the sky is falling, but before you start sounding like Chicken Little, remember this:

Legalized discrimination is big news, as it should be, but these three states combine for a little more than 3 percent of the total US population.

It’s true. The sky is falling. It’s just falling on the bigots. 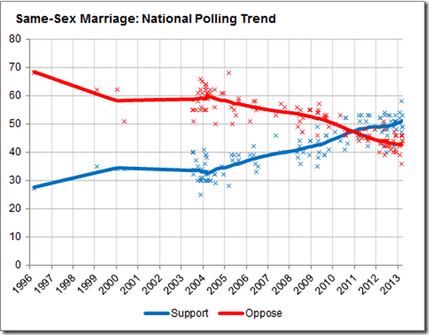