About 18 months ago, when Storyworthy: Engage, Teach, Persuade, and Change Your Life Through the Power of Storytelling, was landing in bookstores, a reader suggested that I trademark the name “Homework for Life” and the process that it describes.

If you’re not familiar with Homework for Life, you read chapter 3 of Storyworthy or watch me describe it here.

I thought the idea sounded silly and unnecessary and moved on.

A few months later, after our podcast, Speak Up Storytelling, was launched, a listener suggested the same thing. I still thought the idea sounded silly, but by then, I was receiving emails, tweets, and messages via Facebook and Instagram every day from people all over the world who had committed themselves to Homework for Life. Thousands of storytellers, parents, military personnel, college students, retirees, artists, and more had begun doing Homework for Life after reading my book, hearing me on a podcast, or watching my TED Talk. School teachers began reaching out, telling me that they were using it with their middle and high school students. Parents who were separated from the children by distance or divorce wrote to tell me that they used Homework for Life to stay in tune with their child’s life.

Even though I still thought that a trademark sounded a little silly, I decided to research the process and determine how difficult and expensive it might be.

It turned out to be neither.

So I decided to give it a shot. While I thought I might someday be grateful to own the trademark on Homework for Life, I also thought that pursuing a trademark would be interesting. It might be fun to actually own a trademark in the same way Apple and Pepsi and the New York Yankees owned their trademarks.

It was also going to be hard, and I know that choosing the hard thing is almost always the right thing.

One year later, after a great deal of time, effort, and research, I was awarded my trademark. The paperwork and certificate arrived last week.

All that time and effort spent in the pursuit of the trademark was instantly forgotten,. as it often is when we achieve our goal.

I’m the proud owner of the trademark on Homework for Life.

Onto the next hard thing. 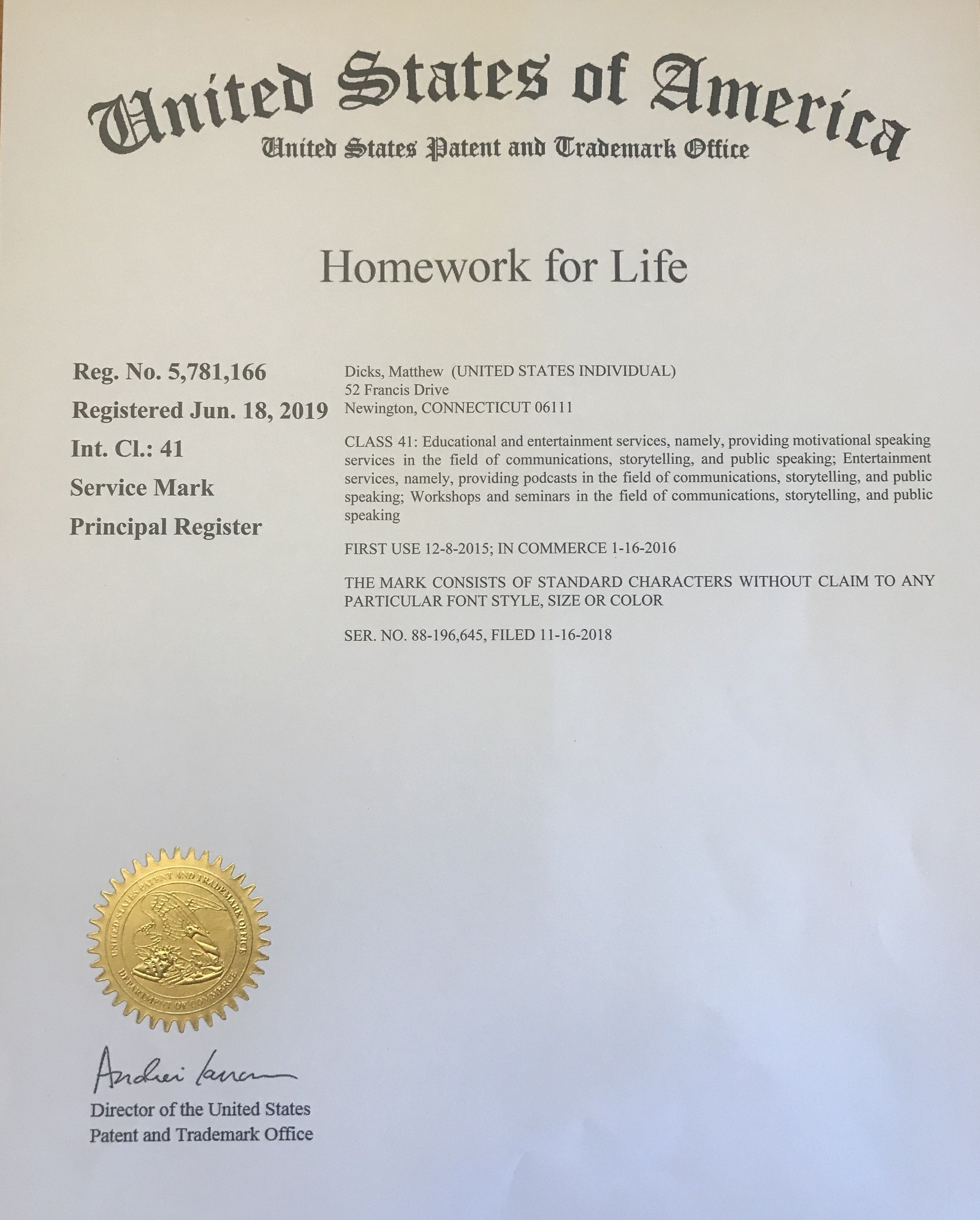