I’m running on the treadmill on Saturday morning when the phone rings. It’s Elysha.

Pluto, our almost three year-old cat, had been acting strange for quite a while. For almost a month, he had been peeing in the bathtub and alongside the bathroom sink. But our vet had determined that this was a behavioral problem, so we had begun to take the recommended steps to help him. We bought a cat fountain to increase his fluid intake. Installed an enormous scratching tree to make him feel safer. Changed his food to prevent crystals in his bladder.

We thought he was annoying but otherwise fine.

When I arrived home a few minutes later, Elysha told me that she had found Pluto in the litter box, unable to move. I raced to the basement and found him still lying there, nearly unconscious. I reached down to grab him so I could put him in his pet carrier, bracing myself for a fight. He’s always been a cat who refuses to be lifted off the ground. He’s almost impossible to get to the vet. But as I wrapped my hands around his body and lifted, he didn’t move at all. It was like lifting a rag doll.

I was sure that he was already dead.

But as I slid his body into the carrier, he managed to look up at me. His eyes were glassy but open.

I placed his carrier in the passenger seat in the car, buckled it in, and raced to the animal hospital, which is about 15 minutes from our home. I shortened that time considerably by driving well over the speed limit, running two traffic lights, and laying on my horn at one point, forcing a large man in an even larger pickup truck to pull over so I could pass.

When I entered the hospital, I shouted for help, screamed for help. and a woman took the carrier from me almost immediately. I tried to explain that we had found Pluto in the litter box, nearly unconscious, but I could not speak. I couldn’t breathe. I was panting like an overheated dog but unable to get enough air into my body. I collapsed in a chair in the waiting room and began to cry as they took Pluto away.

Another woman appeared a moment later to get my contact information, but I still couldn’t speak. I couldn’t get enough air into my body, and every time I tried to speak, I started to cry. She waited, encouraging me to slow down and relax, and I finally managed to give her the information she needed. I was then moved into a private room, where I sat down and began to cry.

A few moments later, Dr. Kubis entered the room. She didn’t recognize me, but I know her well. In the 18 years that Kaleigh, our dog, was alive, we spent an enormous amount of time at this hospital, and Dr. Kubis had treated Kaleigh many times. But this was my first visit to the hospital in more than a year since Kaleigh had passed, and I hadn’t seen Dr. Kubis in a long time.

She asked for permission to administer CPR if needed.

“No,” she said. “He’s obstructed. He’s probably been obstructed for a long time. This has caused urine to build up in his body, and as a result, his potassium levels are so high that he’s in heart failure. I’m going to try to save him, but you should prepare yourself for the worst.”

I couldn’t believe it. I couldn’t stand the thought of losing my friend.

Tobi and Pluto came to us more than two years ago by way of Egypt, and though I love both cats dearly, Pluto and I have always had a special connection. He’s a skittish cat, frightened of strangers and exceptionally slow to warm up, but it was always different with me. For reasons I’ll never understand, he was comfortable with me almost immediately, lying on my body at night, demanding my attention constantly, and draping himself across my forearms while I sit at the computer.

I wrote an entire book with him resting on my arms.

After losing Kaleigh, my best friend of 18 years last summer, I couldn’t begin to think of losing Pluto.

Elysha arrived shortly thereafter after having found someone to watch the kids. We sat together and waited for the news. I cried quietly and prepared for the worst.

Elysha is kind of amazing in moments like this. When our children or animals are sick or injured, I almost always fall apart. I become useless. Other than cutting the drive time to the hospital in half, I was a mess. I always am in these circumstances.

Elysha, on the other hand, becomes quiet and laser-focused. She manages logistics, asks the right questions, and ensures that all factors are accounted for. She was so composed on Saturday that she later told me that she worried that I wouldn’t think she loved Pluto enough because she wasn’t a puddle like me.

She had nothing to worry about. I know how much she loves Pluto.

By the way, you should marry someone like this. It’s a very good thing in emergency situations like this.

A few minutes later, Dr. Kubis returned to room. She sighed. “We have a cat,” she said. “We’re not out of the woods yet, but he’s alive.”

She explained that five bladder stones had gotten caught in his urethra, and he had been unable to expel them. Once they managed to remove the largest one, the rest came out almost immediately. “It was close,” she said. “He was probably about five minutes from dying when you arrived.”

It’s been four days and Pluto is still recovering in the hospital. If he’s doing well today, he will undergo a surgery to prevent future obstructions. Essentially, they will be removing his penis, which is where these potentially deadly blockages happen in male cats.

Pluto is already a Muslim refugee from Egypt. Now he will be gender non-conforming, too.

Trump would hate this cat.

But he will be alive and happy again, and that’s all that matters.

I love Pluto and miss him dearly. He’s now being treated by Dr. Kubis and Dr. Cox, who we also know well. Dr. Cox treated Kaleigh for canine scabies years ago and knows us well. The surgery will be performed by Dr. Lindgren, who performed Kaleigh’s spinal surgery more than a decade ago.

These are all good people and outstanding veterinarians whose children’s college funds we have contributed to mightily over the years. They are taking great care of our little friend.

Days later, I’m struck by how quickly life can change without warning. I was running on a treadmill on Saturday morning, listening to Springsteen, and looking forward to an Egg McMuffin.

An hour later, I was sitting in a plastic chair in a small room, weeping, waiting to find out if my friend would live or die.

About six hours after that, I was standing under a pavilion adjacent to the Boston Museum of Science on the Charles River in Boston. Our friends were celebrating their wedding. The evening was perfection. A cool breeze coming in off the river. Sun setting behind us. A fantastic band. Great friends. A perfectly planned party.

I was doing the thing I love most in this world:

Life can truly turn on a dime. Sometimes for the best and sometimes the worst. I got a taste of both on Saturday. Though we will be several thousand dollars lighter by the time Pluto arrives home, our friend will be home soon, and I’ll be so damn happy to see him.

My memories of that unforgettable day will include a devastating moment at a litter box when I thought my friend was dead, an adrenaline-fueled race to the hospital, hyperventilating in a waiting room, a veterinarian saying, “We have a cat,” and an evening under the stars in Boston, dancing with the woman I love.

It’s not surprising that I was exhausted the next day. Or the day after. We don’t often experience so many highs and lows in a single day. 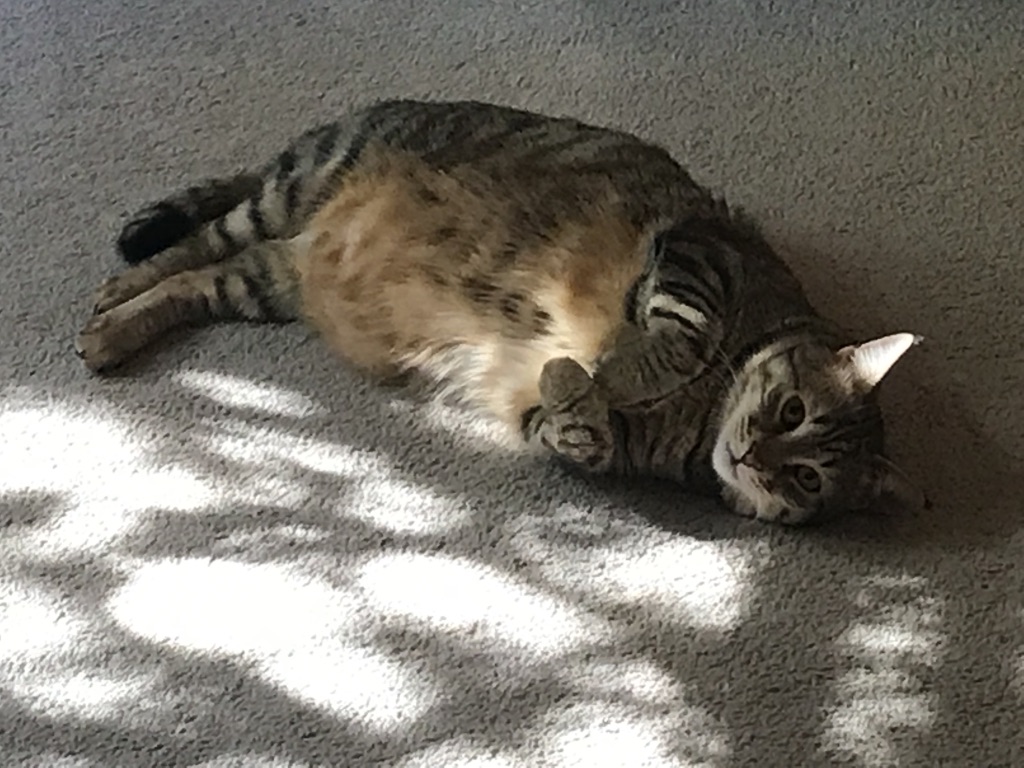 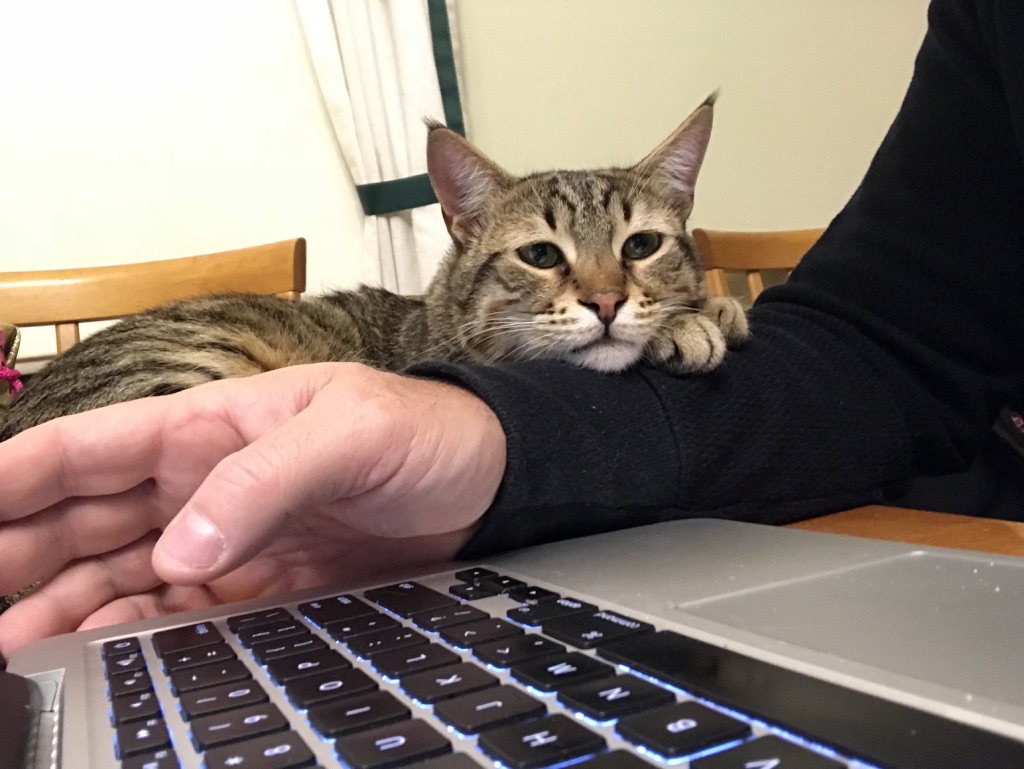 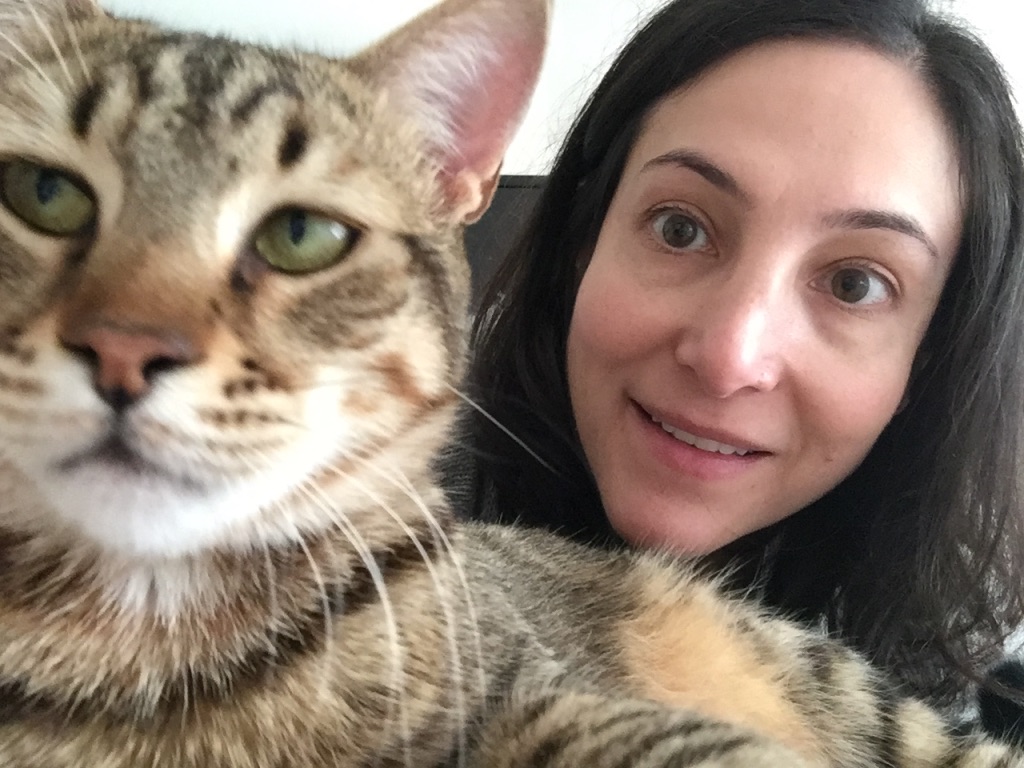 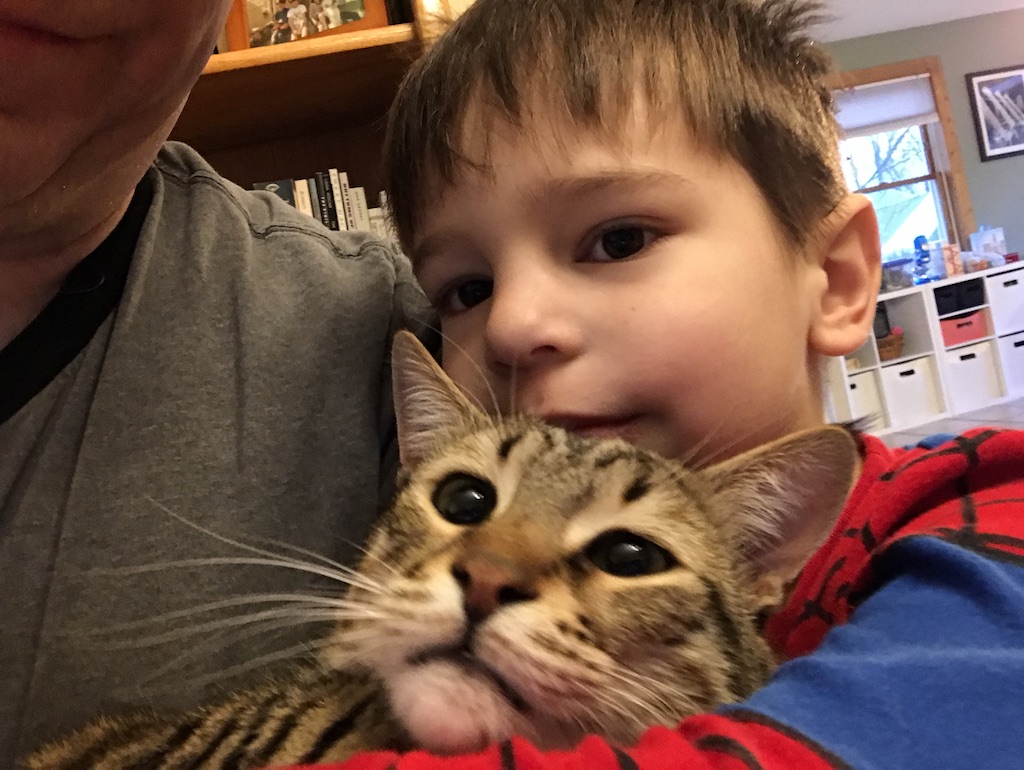 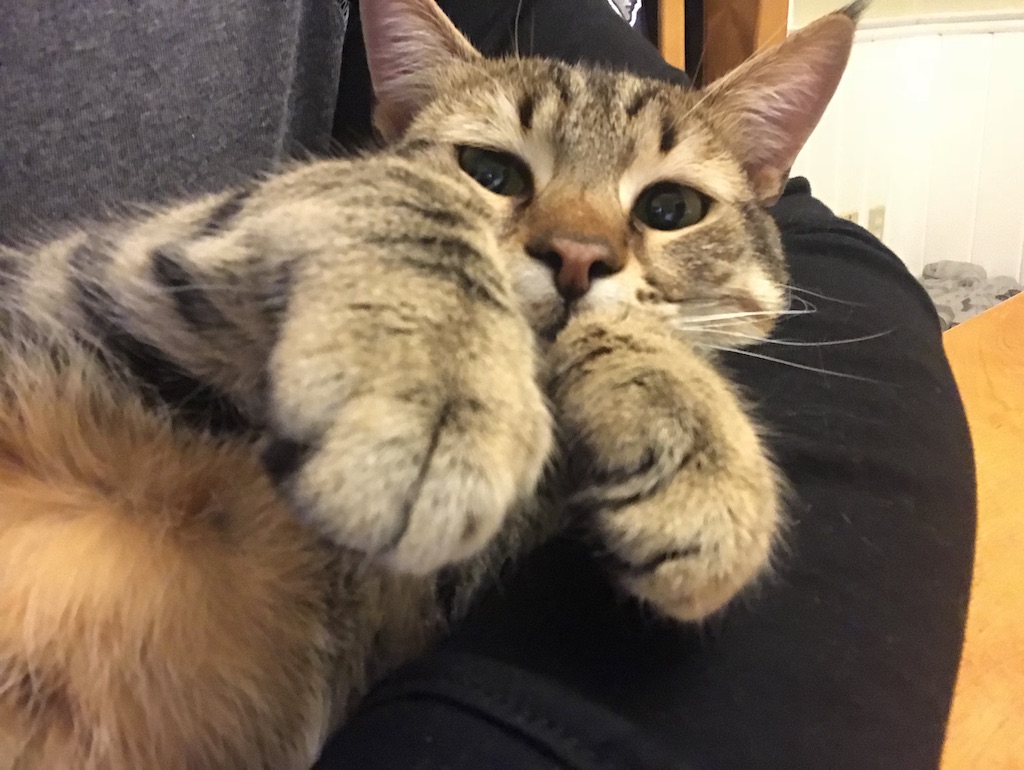 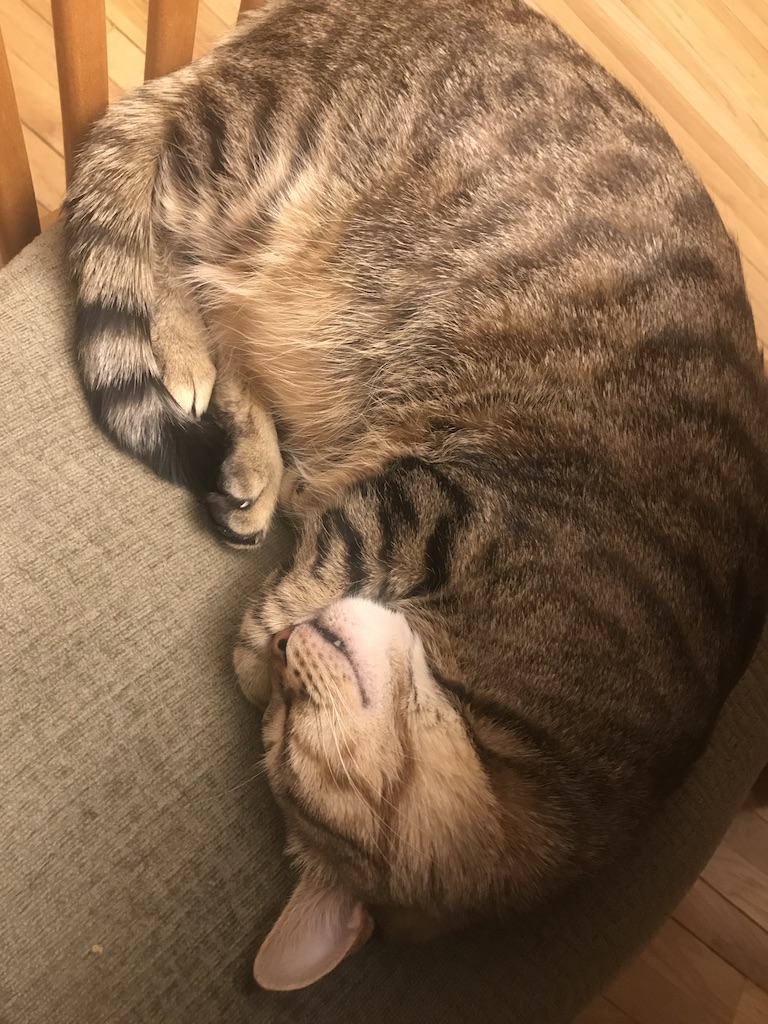 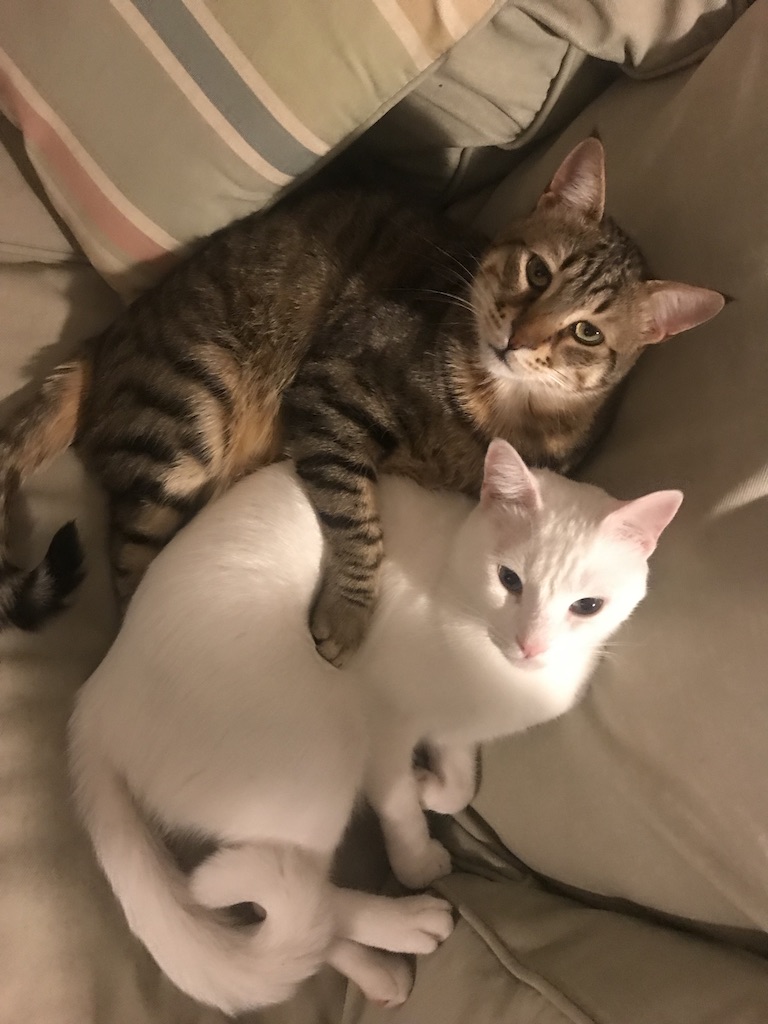 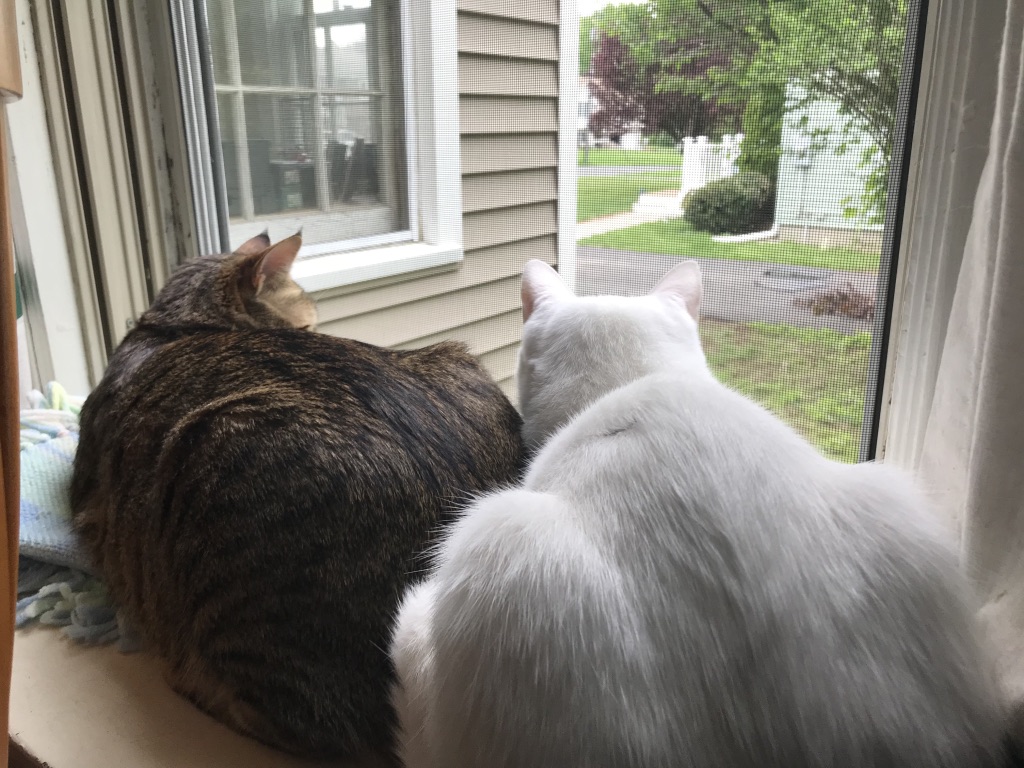