The story behind the title of my fifth novel, “Twenty-one Truths About Love,” is an interesting one.

My original title for the book was “Lists,” since the book is written entirely in lists.

Admittedly not the greatest title in the world, but I’m not very good at titling my books. I’ve published six novels and one book of non-fiction so far, and I’ve only titled two of them.

My agent has titled four of them, and my friend, Charles, titled one.

I liked the title, I told her, “but that list doesn’t actually exist in the book.”

So all I needed to do was write the most important list in the book, offering up sixteen undeniable truths about love that were both universally true and applied directly to my protagonist, then find a place – probably at the end of the book – where that list would perfectly fit.

This reminded me of a conversation I had with my agent when my third novel failed to sell.

“You just need to write the best book of your life so we can relaunch your career.”

The result was “Memoirs of an Imaginary Friend,” my most successful novel to date. An international bestseller. Translated into more than 20 languages. Still selling well in the United States today.

If I could do that, I thought, I could probably write a good list of 16 truths about love.

Then I received a call from my editor:

Important people at my publisher were concerned that “Sixteen Truths About Love” sound  like a book for teens. “”Sometimes I have to ask authors to do crazy things,” she said. “Can you add five more truths about love so we can re-title the book “Twenty-one Truths About Love?

It sounds easy, but I wrote about 50 truths about love before choosing the 16 for the book. I would now need to write at least another 25 truths about love to find the five that I needed, plus the list would need to be re-ordered as well, and depending on what those five new truths were, I might need to move the list within the book, too.

But I complied. It took me about a week, but in the end, the list grew to 21 items long, the titled changed, and the rest is history.

This week the French version of “Twenty-one Truths About Love” arrived on my doorstep.

Turns out the French publisher changed the title to “The World According to Dan.”

Not a bad title, but not nearly as good as “Twenty-one Truths About Love.”

But this new title also required no work on my part. I didn’t even know it was happening.

That part of the French title is excellent. 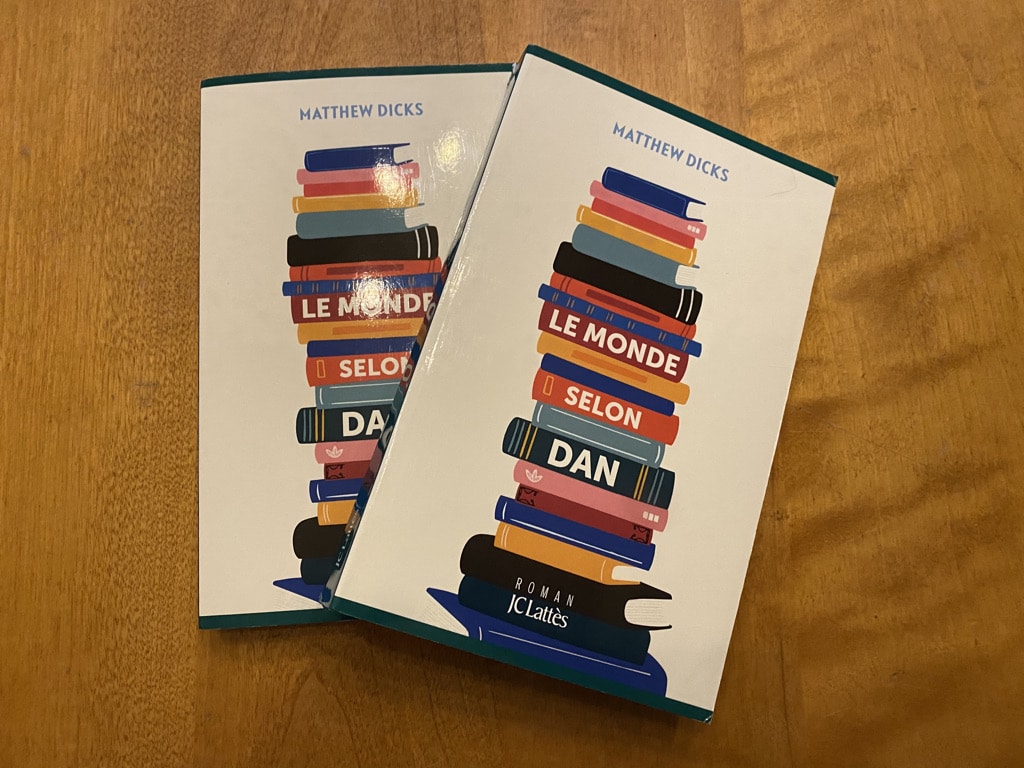