In case you don’t know or have forgotten, comic books came under fire in the 1950’s by conservative firebrands claiming that they were causing juvenile delinquency.

This crusade was initially led by a psychiatrist and author named Fredric Wertham.

Wertham noted that the juvenile delinquents who he was treating read comic books. Of course, everyone was reading comic books at the time, but Wertham failed to take this fact into account when drawing his stupid conclusion.

As a result, comics became his crusade, and he began producing faulty and deliberately misleading research demonstrating the dangers of comic books. This cause was eventually championed by the United States Senate, who took Wertham’s faulty data and ran with it. Faced with the threat of regulation by the government, the comics industry responded by establishing the Comic Magazine Association of America, which instituted the Comics Code Authority, a censorship code that thoroughly sanitized the content of comics for years to come.

Almost overnight, comics were brought down to a level appropriate only for the youngest of readers. Horror, crime, science fiction, and other genres appealing to older and more sophisticated readers were wiped out for a generation. Dozens of comic book publishers were put out of business, and comic book writers were blacklisted by the publishing industry for years.

Why is this important?

Turns out that Frederick Wertham and those lawmakers in the 1950’s were narrow-minded, shortsighted, and stupid when it came to their attempts to ban comic books.

Moments like this are important to remember as conservatives continue to resist reforms that will inevitably become accepted and mainstream.

Same sex marriage, for example. is now supported by more than 60% of Americans and becomes more accepted every year, and for the first time, more than 50% of Republicans support it. Less than 30% of Americans still oppose unions of sam-sex couples.

Yet religious institutions still resist. The Catholic Church announced last month that they cannot bless same-sex unions because God “cannot bless sin.” They happily ignore their previously-held beliefs on issues like working on the Sabbath (one of the TEN COMMANDMENTS), and they’ve reversed their position on issues like capital punishment, limbo, and slavery, but they have dug their heels in on same sex marriage when anyone with reasonable intelligence can see where society is ultimately headed.

Those who continue to oppose same-sex marriage today will look just as stupid as those who opposed comic books in the 1950’s.

Interracial marriage is also widely accepted in the United States. Less than 10% of Americans now oppose marriages between people of differing races, but small, stupid groups of white supremacists think that society will somehow reverse course if they collect enough guns and Confederate flags.

Segregationists of the 1950’s and 1960’s who opposed Civil Rights legislation and stood on the steps of schoolhouses, blocking access to black students, are now seen as nothing more than ignorant, vile racists.

In 1939, Clark Gable’s “Frankly, my dear, I don’t give a damn” caused censors and many audience members to object to the use of a word that is a nothing-burger today.

Women in the nineteenth and early twentieth century had to fight in order to wear pants in public.

It took 144 years for them to earn the right to vote in this country.

It wasn’t until 1974 when a married woman could obtain a credit card separate from her husband.

All of this sounds ridiculous today, but in each case, there were conservatives desperately trying to hold back progress.

Marijuana is the latest example of this trend. While some conservatives resist the legalization of marijuana, 15 states and Washington, DC, have legalized marijuana for all adults over the age of 21, and 36 states have legalized medical marijuana — meaning that a majority of Americans now have some form of access to marijuana, whether medically or recreationally.

The future is legalized marijuana is clear. 67% of Americans now support its legalization, including 52% of Republicans, while only 32% oppose.

Before too long, marijuana will be legalized throughout the United States, despite the petulant resistance of conservative lawmakers who insist on digging in their heels and holding back the forces of change once again.

The same holds true for bigots who refuse to to accept the existence and rights of transgender Americans and the dummies who are unable to grapple with gender fluidity. It’s also true for lawmakers who believe they can establish permanent minority rule by disenfranchising voters.

It’s bizarre to me how some people will continue to resist the inevitable, ultimately landing on the wrong side of history.

The comic book opposition of the 1950’s looks ridiculous today. The notion that comic books were causing juvenile delinquency are laughable, and Wertham’s falsified research has since been exposed. Avengers Endgame is the highest grossing film of all time, and the comic book and graphic novel industry earned $1.2 billion last year. Claims by Wetham in the 1950’s that comic books were dangerous to children seem ludicrous by today’s standards. as do white supremacists and bigots who oppose same-sex and interracial marriage.

As will the bigots who currently opposed the rights of transgender people.

As do the politicians who continue to make it harder for Americans to vote. In a speech on the Senate floor two years ago, Mitch McConnell denounced Democratic attempts to make Election Day a federal holiday so that more Americans could vote as a “power grab.” Last year Donald Trump said that if all Americans has an opportunity to vote, “you’d never have a Republican elected in this country again.”

Politicians who openly state that allowing more Americans to vote would be bad for their political party. Politicians who actively and aggressively attempt to prevent Americans from voting.

Someday in the future, people like McConnell and Trump, along with those who oppose transgender rights, legalized marijuana, and more will be swept away into  the historical dustbin alongside the likes of George Wallace and Frederic Wertham. 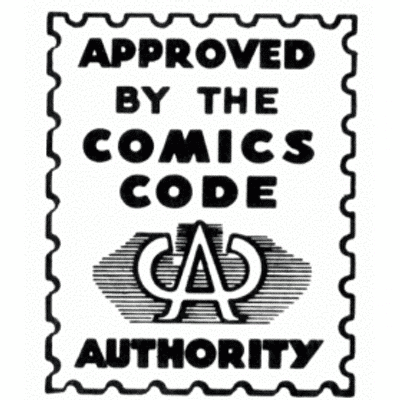