I wrote this exactly one year ago today after a long bike ride.

I saw a hawk circling overhead today as I wound my way around an empty church on my bike. A zoologist once told me that animals in the wild are always living on the edge of starvation, so although it seems cruel to cage a lion or an aardvark, the animals in the zoos never need to worry about food or safety ever again. Their blood pressure and heart rates are lower, and they live considerably longer.

This made sense to me. The food chain is real. Unless you are the apex predator, your life is spent searching for food while avoiding becoming food. Maybe those zoo animals are luckier than I realized.

Or maybe it just allowed me to take my kids to zoos guilt-free.

But watching that hawk circle overhead, I felt so envious of its existence. While the world below shifts in ways unimaginable, that bird circles, waiting for a mouse or chipmunk to make the wrong move and become dinner.

Nothing has changed for the hawk.

Ignorance is bliss, they say.

I have a friend whose mother is suffering from Alzheimer’s. She keep forgetting the magnitude of the circumstances in which we are living and is constantly complaining about not being able to leave the house.

She also watches Fox News, which probably doesn’t help. The conservative media – and the President – has gone from ignoring the virus completely to declaring the virus a hoax to quite literally proposing that we re-open the country two weeks after Americans began social distancing and businesses (and churches) closed.

The lieutenant governor of Texas – and others – have suggested it would be better for the older people of America to die than to watch the economy dip into a long-term recession.

I’ve thought the same thing about my cats as I have the hawk. Pluto and Tobi – two cars who arrived from Egypt two years ago – have been in heaven since we have begun lockdown. They see us constantly and have no idea that the world has ground to a halt. They plop themselves atop me and purr as Elysha sews masks and I draw a detailed map of the grocery store so I can limit my time spent inside.

Perhaps human beings aren’t the apex predator we once thought ourselves to be. We managed to conquer the lion and the wolf, but a microscopic organism – not even an organism, but a bot of organic material – has brought the world to its knees.

I can’t help but wonder when this church will open its doors again. It might be a long, long time.

The hawk doesn’t care. It just wants a meal.

Scary stuff. It’s a strange world where the sight of a deer strikes fear in your heart.

Not for the deer, though. The deer looked as relaxed and happy.

I could use some bliss right now. 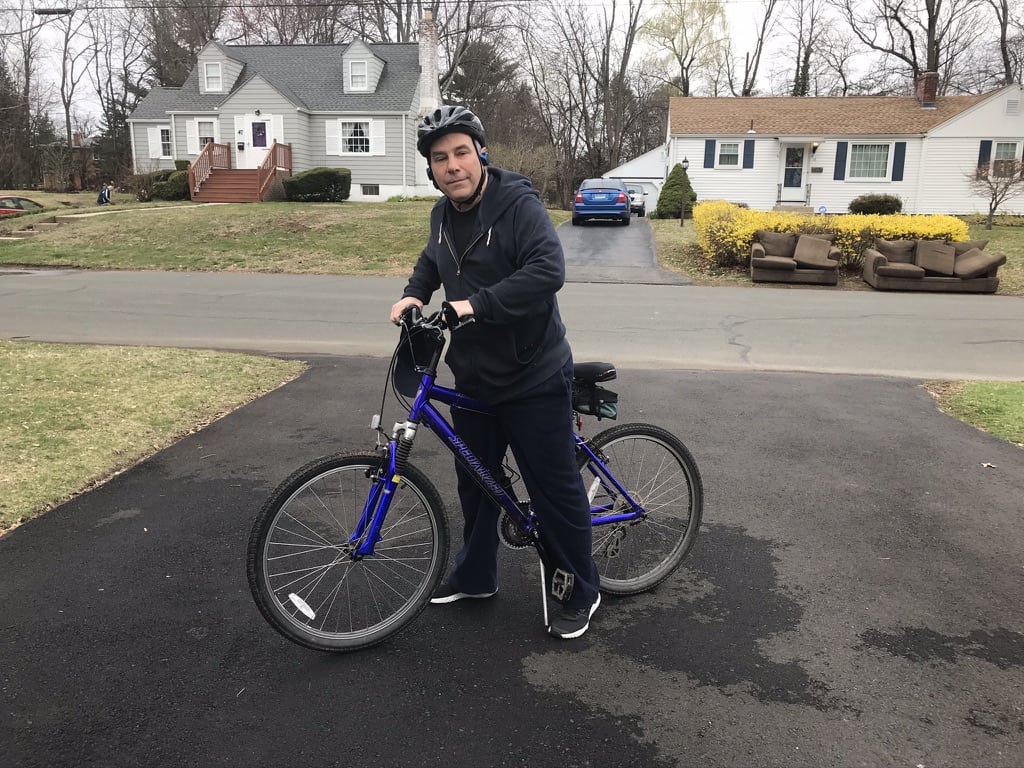