I learned today that the lack of applause between movements in a classical music performance is a twentieth century convention, and it is the result of snobbery.

In Beethoven, Mozart, and Bach’s day, applause between movements was standard and expected. But in the early twentieth century, elitist jackasses began withholding their applause in order to demonstrate their familiarity of the piece. Knowing that the piece was not finished, they would remain silent, waiting for the next movement to begin, making those who might be applauding the movement appear foolish.

This makes me so angry.

We withhold applause while listening to classical music because of a bunch of insufferable buffoons. The kind of people who try to make others feel foolish with their insider knowledge.

Probably the pathetic precursors to the modern day incel movement.

Doesn’t that make you want to reverse this elitist convention immediately? Start applauding like crazy between movements?

I seriously want to stand up and cheer between movements at all future classical music concerts. Make a huge scene. Offer those musicians the applause and appreciation that they deserve.

Perhaps take a few minutes while the musicians wait patiently to also explain my unorthodox behavior.

Admittedly, I don’t think it would go well. Audience and musicians alike would probably not fully appreciate my informative interruption, but not because I’m wrong.

It’s just hard to be at the tip of the spear sometimes. 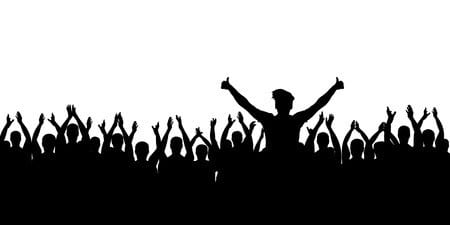