She was writing on their behalf to ask if there is hope of a sequel or film.

There was a time in my way-too adult life when I thought that Tasmania was a fictional place populated by the cartoon enemies of the road runner. Instead, real life children on that island state of Australia (I wasn’t sure if Tasmania was a country to I checked) are reading a story that I wrote mostly on my dining room table.

Happily, I was able to offer her students some hope.

The film adaptation of Memoirs of an Imaginary Friend is still in the works, though my agent has explained to me that the likelihood of any film being made is slim, so I shouldn’t waste my time counting unhatched chickens. “Just keep writing,” she advised.

I’ve come to understand and embrace this philosophy fully. Three summers ago, while enjoying a concert in the park with my family, a producer called to tell me that famed director Joss Whedon almost committed to making the film but was too busy with the Star Wars franchise.

That was it. Joss Whedon almost said yes. Nothing more. The producer just wanted me to know.

I told him to never call me again unless he has good news.

Also, it was the first time in my life that I hated Star Wars.

But Hollywood people are still paying me for the rights to make the movie, so it’s still possible.

And a sequel to Memoirs of an Imaginary Friend is more than half written, so that is also a possibility. But I’ll need to somehow convince my publisher that it deserves to be published. I have another novel coming out in January 2021 and am working on my next, but perhaps down the road, my editor will see the light and publish the sequel.

If so, I’ll be sending a signed copy to Tasmania.

Mostly, I’m just thrilled that a story I made up in my head and committed to paper somehow found its way to the not-fiction island state of Tasmania. As an author and a teacher, the idea that a fellow teacher on the other side of the world reads my story to her students every year thrills me beyond measure.

Movies and sequels would be exciting, but teachers reading my books to their students is just as exciting. 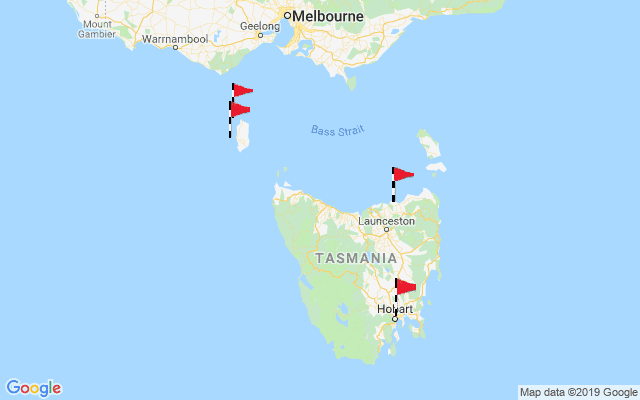