It would be weird if a corporation forbade women from assuming leadership roles within the organization.

Imagine if Microsoft or McDonald’s or Home Depot prevented women from running stores or being promoted to upper management or occupying the C-suite.

You’d probably refuse to do business with these companies. You might even protest their very existence.

Yet many religions discriminate against women on a daily basis. They have hard and fast rules against allowing women to fill upper management positions. Women are not permitted to lead congregations, preach sermons, or rise to the same level of leadership as men.

In some cases, men are even afforded preferential seating during religious services.

Yet every Sunday, millions of people flock to these organizations that discriminate against women in ways that is no longer permitted in our country and in most parts of the world. If these sexist organizations were forced to operate under the same laws and norms that govern the operation of hospitals, schools, charities, and government institutions, many of them would be out of business, and rightfully so, yet they march on, treating women as second class citizens.

It makes no sense.

I don’t feel like much would be required to correct this injustice.

If women and like-minded men simply refused to continue supporting these religious institutions until women were provided with the same opportunities as men, I suspect that reform would be swift. A simple boycott of services and a refusal to donate a penny more would probably be enough to push these organizations toward equality.

I also think that these institutions would benefit from women in leadership positions, too. Studies have repeatedly demonstrated that corporations with women in upper management positions are more profitable and far less likely to engage in illegal activity.

It’s hard to imagine, for example, that the Catholic Church would’ve allowed known pedophiles to continue to operate in their organization for decades, sexually assaulting tens of thousands of children, if women in leadership positions had known about this vile and despicable policy.

It’s frankly appalling that anyone would allowed a gang of pedophiles to operate within an organization, but my gut tells me that women would be far less likely to turn a blind eye to this criminal behavior. 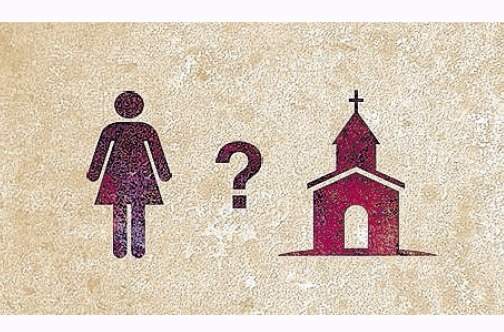