Illinois has become the first state to pass a bill that will ban police from lying to youth during interrogations. Experts say the practice can lead to false confessions and wrongful convictions.

The bill is expected to be signed into law in coming weeks.

This is great news. But it doesn’t go far enough.

I was 22 years old when I was interrogated by police on three separate occasions – for hours each time – before finally being arrested for a crime I did not commit:

Grand larceny. The theft of more than $7,000 from the McDonald’s restaurant that I was managing. During those interrogations, the police officers lied to me, threatened me, and assured me that if I did not confess, I would spent at least five years in prison.

After more than 24 hours in the interrogation room, I nearly confessed.

In addition to my confession, police officers told me that I’d need to tell them what I did with the money, and I couldn’t come up with a lie that they would believe was true.

The police officers wanted me to say that I had used the money to purchase drugs, because that’s what they thought I’d done, but I had never used any type of illegal drug before.

At one point, I was placed in a closet in the basement of the police station and ordered to stay inside until I confessed.

I nearly did. Had I known anything about the purchase of illegal drugs, I may have confessed.

Granted, things would’ve been very different for me if I’d had parents to support me or anyone in my life who could’ve advised me to request an attorney, stop answering questions, and demand that I be released. But when you’re innocent of a crime, you don’t think you need an attorney. In fact, you worry that requesting an attorney will make you look guilty.

This Illinois law doesn’t go far enough. Either require all suspects to have an attorney prior to interrogation or stop the police from lying to suspects during interrogations.

Elysha was told again and again as a child that if the police ever wanted to question her for any reason whatsoever, “Call your Daddy before you say anything.”

Good advice, but it’s not advice that I ever received. There is no class in school that teaches you what to do if suspected of a crime or interrogated by police or taken into police custody on suspicion of guilt.

The advice, of course, is simple:

Don’t speak. Ask for an attorney.

But when frightened out of your mind, threatened, coerced, manipulated, lied to, and made to feel completely powerless and ignorant of anything around you, that advice is easier said than done.

And if you’ve never been given that advice before, terrible things like false confessions can happen, as crazy as that may sound.

The Illinois law is a good start, but it’s just that. Much more needs to be done to protect vulnerable people from confessing to crimes they did not commit. 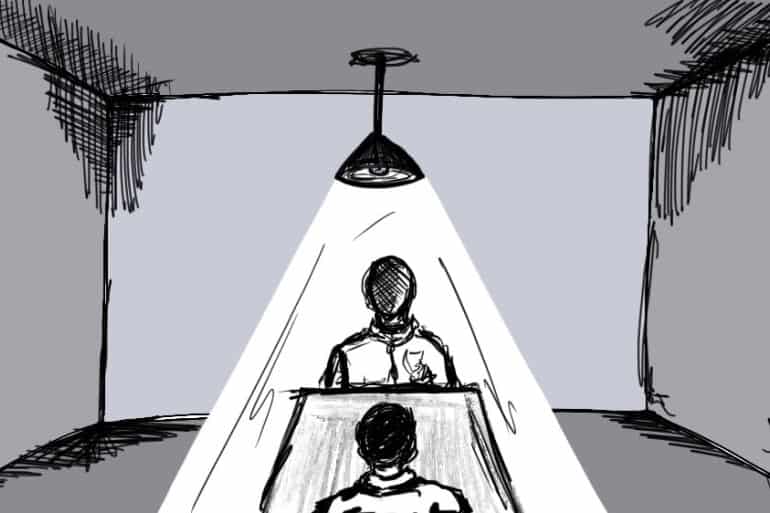