In case you missed it, the quarterbacks of the Lions and the Texans (among others) both knelt during the singing of the national anthem yesterday.

Twitter exploded both in both favor and opposition to this demonstration of free speech and support for social justice.

Trump tweeted “No thanks!”

For me, I’m always pleased when people like Donald Trump and his horde of small-minded, racist minions are forced to contend with the fact that no amount of bluster or threats will stop protest and progress. The world is changing, no matter how hard they try to hold it back.

As Dr. King said, “The arc of the moral universe is long, but it bends toward justice.”

Three years ago Trump sent his racist Vice President, Mike Pence, to an NFL game in Indianapolis for the sole purpose of having Pence storm off when San Fransisco players knelt in protest during the national anthem.

Trump hoped that this taxpayer-funded stunt would draw positive attention to his opposition of kneeling during the national anthem.

Three years later, Trump is leaving office and players are still kneeling. This time members of both teams are kneeling, including both quarterbacks, during the nationally televised Thanksgiving Day broadcast. 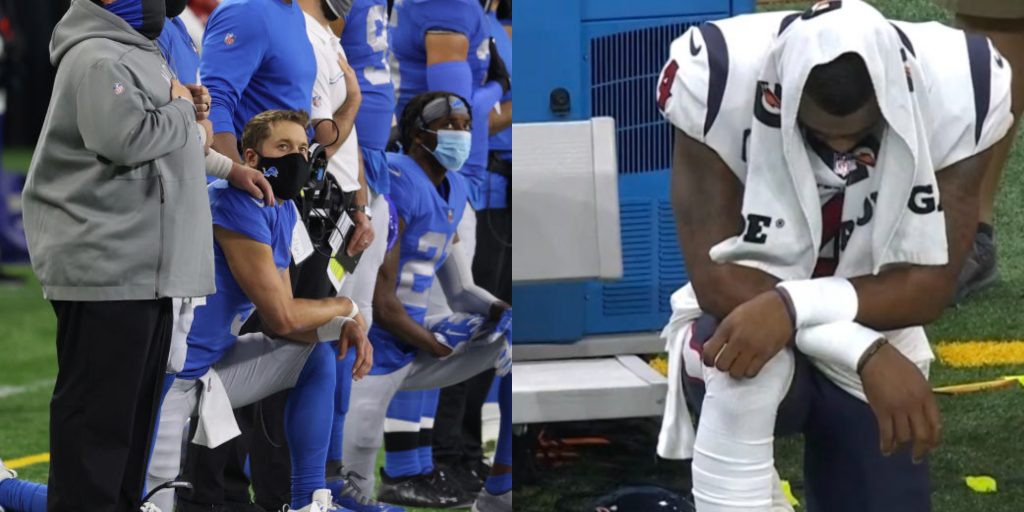