On this Thanksgiving, I’m thankful for possibility.

I’m not sure why this has always been my instinct, but I’m always looking around the next corner. Relentlessly exploring uncharted territory. Constantly pursuing the next big thing.

I’m thankful for the musical that I’m currently writing with a friend. A musical we hope to perform someday even though I cannot sing.

I’m thankful for the solo show that I’m writing and workshopping with a team of brilliant people.

I’m thankful for the work I’m doing on an almost daily basis with corporations, nonprofits, universities, and individuals. Attorneys, marketers, ministers, politicians, producers, writers, and performers, and even Santa Clauses. Consulting, coaching, and teaching them to communicate more effectively.

I’m thankful for the three unpublished books and the pile of children’s books and short stories that I still hope to publish someday. The film options on three of my books. The writing and consulting that I have done on professional stage shows.

Some of these projects may blossom. Some may wither. Maybe all of them. But it’s the idea of possibility that I appreciate so much. The knowledge that the future is filled with promise and potential.

For three years, I studied the stock market before investing for the first time in January of 2018. Since that first purchase, it’s been an exciting, fascinating, and profitable endeavor. As I approach my three year anniversary in the market, I’ve more than doubled the returns of the S&P. I understand how business and the economy operate like never before.

It’s an enormous part of my life that didn’t exist just a few years ago.

It was this desire and willingness to expand my boundaries that led me to becoming a wedding DJ, a minister, a notary, and a life coach. It led me to write musicals and a rock opera with a friend and (strangely enough) begin performing in musicals as well.

It led me to playing poker in a serious, semi-professional, and profitable way. It led me to becoming a columnist at both Slate and Seasons magazines. Co-found Speak Up with Elysha. Launch our storytelling podcast.

This desire for possibility led me to begin telling stories onstage in the first place, which fundamentally changed my life forever.

This year I’ve learned to cook, expanding my knowledge beyond pasta, burgers, and hot dogs. I’m not very good and I still have a great deal to learn, but I’ve cooked dozens of things this year that I had never cooked before.

Always be looking around the corner. Always seek to explore uncharted territory. Invest a small but consistent amount of time and effort into the next grand scheme.

Today’s new frontiers include breaking down the doors of college universities, where I want to teach future educators about the things that really matter. Finding a way into the seemingly impenetrable realm of MasterClass, where I want to create a storytelling class. Selling a screenplay.

None of these may happen. Many of my ideas wither and die on the vine.

But it’s possibility that I am thankful for today. The idea that the future holds new and unknown surprises.

I cannot recommend this highly enough. If you are feeling stagnant on this Thanksgiving, spend a few moments today thinking about what might be your next adventure. It could be as simple as learning to knit or finally understanding Schrodinger’s cat. Maybe you could learn to play a musical instrument or study a new language. Take the first steps in launching that side hustle that you’ve been dreaming about for years. Study photography or plant a garden.

On this Thanksgiving, I am thankful that my list of possibilities is seemingly endless, too. 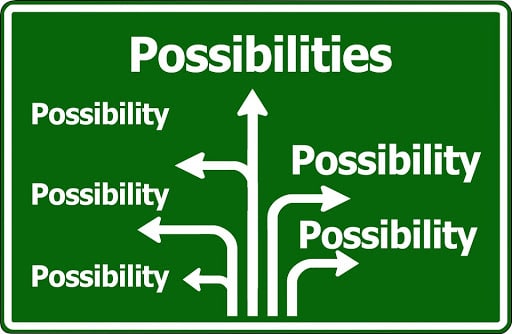