Supreme Court Justice Samuel Alito recently complained that “you can’t say that marriage is a union between one man and one woman. Now it’s considered bigotry.”

An equally disgusting sentiment might’ve been uttered in the 1960’s by opponents to desegregation.

“You can’t say that black and white kids should go to separate schools anymore without being called a bigot.”

Or what about opponents to interracial marriage?

“You can’t say that marriage is a union between two people of the same race without being called a bigot.”

You’re a bigot, Samuel Alito. You stand in opposition to equal treatment under the law because some Americans love differently than you. And you justify your bigotry based upon your highly selective reading of the Bible.

Same sex marriage is deemed immoral in Leviticus, but so is working on Sunday. In fact, the Bible orders you to stone to death anyone daring to engage in gainful employment on the Sabbath.

Naturally, you ignore the whole stoning of fast food workers and NFL quarterbacks. Instead, you focus on the rules about sex, you sick, perverted bigot.

Just a few lines down from the “sex between two men or two women is wrong” decree is “‘Do not wear clothing woven of two kinds of material.”

Be careful, Samuel. Blend a little alpaca fur into the lining of your wool coat and God may strike you down.

Or how about this gem:

“‘If a man sleeps with a female slave who is promised to another man but who has not been ransomed or given her freedom, there must be due punishment. Yet they are not to be put to death, because she had not been freed.”

So yes, Samuel Alito. If you’re still saying that marriage is the union between a man and a woman as 2020 comes to a close, you are a bigot, even if your buffet-style reading of the Bible says differently. 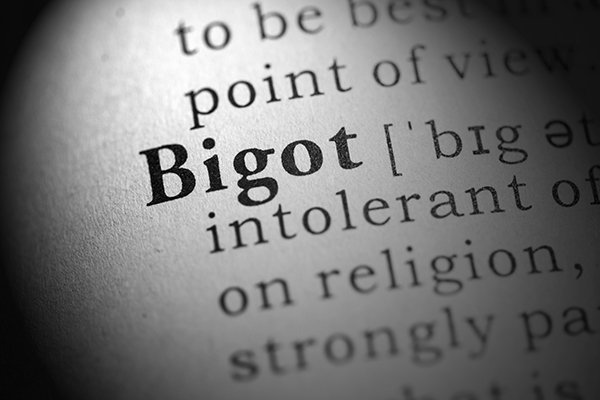