If you’ve read my latest novel, The Perfect Comeback of Caroline Jacobs, you’ll know that the book opens on a memorable scene in a PTO meeting. What you might not know is that there is a nonfictional character living within that scene.

Eric Feeney, identified in the book as a father of twins daughters and a New York Giants fan, is attending the PTO meeting on the same night that his beloved team is playing on Thursday night football. He is wearing his Giants jersey to the meeting in hopes of reminding the PTO chairperson to wrap up the proceedings quickly so he can catch the game.

Eric Feeney is a real person. He’s a teacher at my school. He has twin daughters and is a rabid New York Giants fan. And at last night’s PTO meeting – on a night when the New York Giants were playing the Washington Redskins on Thursday night football – he showed up with wearing his New York Giants jersey, thus bringing this fictional sliver of my novel to life.

Sadly, I had to leave the PTO meeting a little early, but Feeney is never one to miss an opportunity to garner a little attention. After the PTO meeting was finished, he gathered a bunch of parents and teachers and had a photo taken with my book, which he sent to me.

Feeney is not the first real person who I have embedded in one of my novels. In Memoirs of an Imaginary Friend, another teacher from my school – Mrs. Gosk – plays a prominent role, and over the years, real people have occasionally occupied small roles in my books.

Feeney is just the first one to revel in his inclusion in fiction to this degree. On the night of my book launch, he was there, hoping to have a table set up beside mine in order to sign books. When that didn’t happen, he offered to sign books for several people but was declined each time.

Still, I love his enthusiasm. He has me considering making him a reoccurring character, which would pretty much blow his mind, I think. 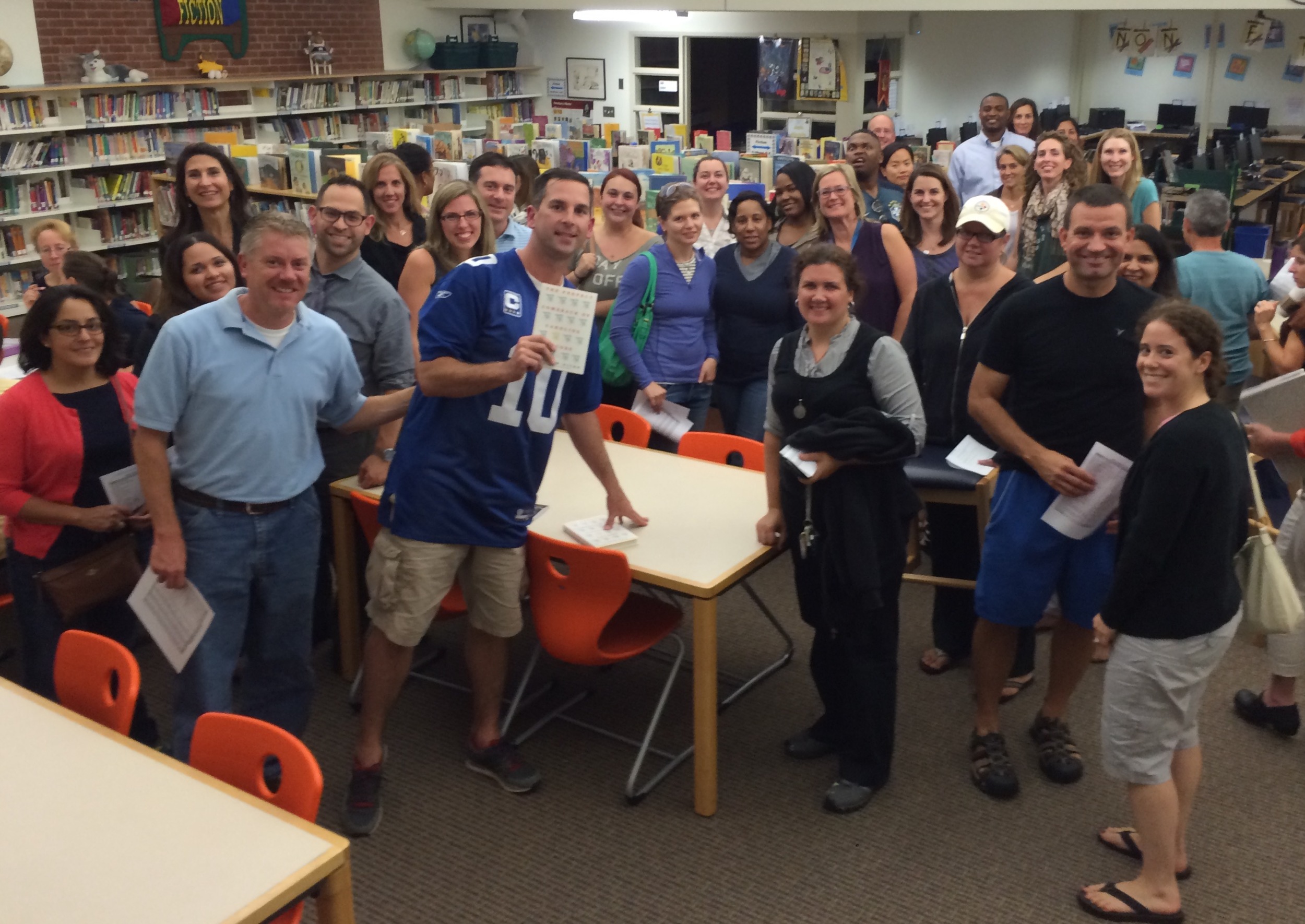 Posted in The Perfect Comeback of Caroline Jacobs