Saturday, May 4 at 7:00 PM. Admission is free. Beer, wine and snacks will be sold at the venue.

If you plan on attending, please go to our Facebook invite page and let us know to help with the head count.

Today I’m announcing our seventh and final storyteller, which happens to be me. When I first proposed this project to Elysha, my goal was two-fold:

1. Bring storytelling to Hartford, Connecticut, in order to give audiences a chance to experience the magic of live storytelling without having to drive into New York or Boston.

2. More selfishly, provide an opportunity for me and other interested storytellers to tell stories to interested audiences without having to drive into New York and Boston to do so.

Matthew Dicks is the author of the novels Memoirs of an Imaginary Friend, Something Missing and Unexpectedly, Milo, as well as the rock opera, The Clowns. He has also published pieces in The Hartford Courant, The Huffington Post, The Houston Chronicle and Educational Leadership. He has also published poetry and blogs regularly at matthewdicks.com/blog.

When he is not hunched over a computer screen, Matthew fills his days as an elementary school teacher, a wedding DJ, a heathen minister, a life coach and a Lord of Sealand. He is a former West Hartford Teacher of the Year and a three-time Moth StorySLAM champion.

Matthew is married to friend and fellow teacher, Elysha. They have a daughter named Clara and a son named Charlie.

Matthew grew up in the small town of Blackstone, Massachusetts, where he made a name for himself by dying twice before the age of eighteen and becoming the first student in his high school to be suspended for inciting riot upon himself. 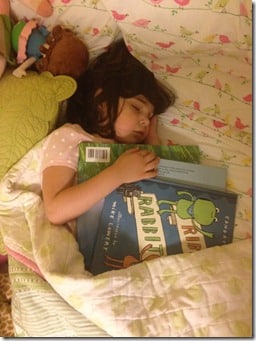 Posted in Speak Up, Storytelling