A purple SportCenter hat, which I purchased while on a tour of ESPN circa 1995 and wore religiously for more than two years, was not a good decision on my part.

Placing a purple hat advertising a television show atop your head is not exactly the way one should move through this world. Also, it was cheaply made, so after a year or so, the sun had bleached it to an odd, uneven pink hue.

And still, I wore it. It was atrocious.

Worst of all, I thought it was very cool.

I stopped wearing it only because a friend of mine finally confiscated and destroyed it for my own good.

He burned it in his fireplace.

If you had any doubt about the awfulness of this hat, my friend’s actions should end them now.

Although ESPN still sells SportCenter hats today, I have never seen another human being wearing one of these hats, and I live less than ten miles from the ESPN campus and have known my fair share of ESPN employees and on-air talent over the years.

Never once did I see this hat or any SportsCenter in the wild except when it was on my head.

Happily, no photos appear to exist of me wearing this hat, which is the only good thing I can say about this hat. 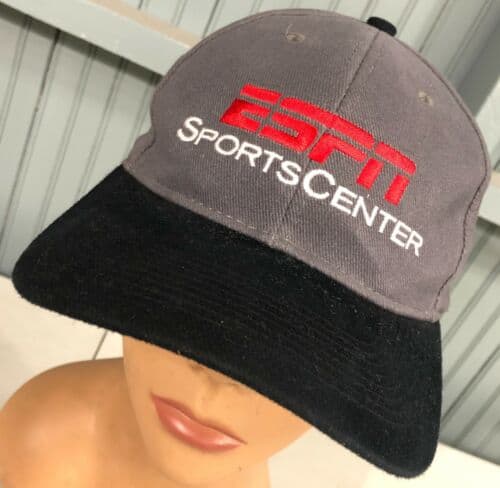