Two decades ago I began playing poker with my friends around dining room tables.

I almost instantly liked the game. Over the course of the next year, I bought books and studied the game. Learned the strategies, math, and mindset that allowed the best poker players in the world to win again and again

Over time, I became a very good poker player.

Over the course of the next six years, I earned enough money playing poker online to pay for our honeymoon to Bermuda. Fund my dog’s spinal surgery. Make the occasional mortgage payment. It wasn’t unusual for me to be watching television with Elysha while playing poker online and earning a tidy profit. Or playing a couple hours before going out to brunch in order to fund the meal through poker earnings.

Eventually I made a handful of trips to Foxwoods Casino to play. I profited at those tables, too, but the slower speed of play and hour-long drive made the casino a less preferred place to play the game.

Then in 2011, online poker in the United States was made illegal, shutting down most of my poker career. I played overseas a bit, but it wasn’t the same. With the pool of players reduced by more than 90%, the only people left playing were highly skilled and experienced players. My earnings per hour took a huge hit, making poker not nearly as profitable as it once was.

I redirected all of my poker energy into my writing career and eventually playwriting, storytelling, and the launch of Speak Up.

Things have turned out just fine.

Still, I miss those days when I could pay my bills while playing poker and try to earn enough to pay off one of the bills entirely.

I still play poker with my friends, these days online thanks to the pandemic. We meet in a Zoom room and play poker on a free phone app. We transfer money via Venmo and stream music into the Zoom room via Spotify.

I recently taught Charlie how to play poker. He picked up the game extremely quickly and is surprisingly good.

Two decades later, I still love playing poker as much as I ever did.

This is why I was so excited when PokerStars reached out to me last month to write a column for their online site. PokerStars still exists, of course. Online poker remains legal internationally and is now legal in four US states. And you can still play online at PokerStars for free, though I’m not sure why anyone would want to do this.

Poker only works if there are stakes.

Someone working for PokerStars had read my nonfiction guide to storytelling, Storyworthy, and hired me to write a column on how to tell a bad beat story. A bad beat story is one in which the player was mathematically favored to win a hand but got unlucky. Poker players love to tell fellow players about their bad beats, even though their fellow players never want to hear them.

PokerStars thought I could help.

I’m hired to write columns often. I write a regular advice column called “Ask the Teacher” for Slate magazine and the humor column for Seasons magazine. I write for Parents magazine, the Hartford Courant, and many other occasional publications.

Somehow, this PokerStars column excited me more than any other. To be asked to write for a company to which I once had such a close affiliation was thrilling. For a time, I felt like I was dipping my toes back into the online poker world.

Next week I’ll be a guest on the PokerStars podcast.

If you’d like to read the piece, you can check it out here. Kudos to my poker playing pals, and particularly Matt Shepard, for helping me with this piece, Their wisdom, wordsmithing, and support made the process a lot easier and a hell of a lot more fun. 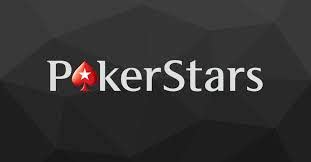