Skip to content
I don’t follow the British royal family and their machinations in any way – nor do I think anyone really should – but I’ve been unable to avoid the news of Prince Harry’s new tell-all memoir.
The sibling rivalry. The frozen penis. Something about a dress.
It would seem that most people are both appalled by Harry’s decision to reveal so much while simultaneously gobbling up all that he revealed.
This is a tricky one for me.
On one hand, I wholeheartedly agree with Anne Lamott, who famously said:
“You own everything that happened to you. Tell your stories. If people wanted you to write warmly about them, they should have behaved better.”
Absolutely. I’ve been using this quote in storytelling workshops for years.
But I also advise storytellers never to tell a story that will jeopardize or damage a relationship that they value.
Besides, if you’re doing Homework for Life or any of my many other story-finding strategies, you’ll have more than enough stories to tell and won’t need to tell the ones that will cause harm to the people you love.
Patti Davis, daughter of Ronald Reagan, would seem to agree with me when it comes to protecting and preserving the relationships you value. She wrote a piece in the New York Times talking about the regrets she has over publishing her tell-all memoir about her family and predicting that Prince Harry will eventually suffer the same fate.
She wrote:
“Not every truth has to be told to the entire world. People are always going to be curious about famous families, and often the stories from those families can resonate with others, give them insight into their own situations, and even transcend time since fame flutters at the edges of eternity.
But not everything needs to be shared, a truth that silence can teach. Harry seems to have operated on the dictum that ‘Silence is not an option.’ I would, respectfully, suggest to him that it is.”
It’s a tricky line to walk when it comes to sharing stories publicly, particularly when those stories involve others in meaningful and potentially damaging ways.
You’re certainly entitled to share your truth as widely as you desire, but when that truth causes harm to someone you love, the calculations become a lot more complicated, as I suspect that Prince Harry is finding out right now. 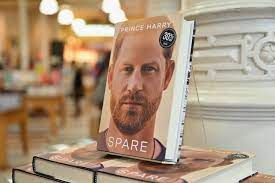