Archeologists have used ground-penetrating radar to map a vanished Roman city, according to a new paper published in Antiquity. Falerii Novi was one of the 2,000 cities in the Roman Empire, appearing about 31 miles north of Rome in 241 BCE and becoming abandoned around 700 CE.

I read this and immediately wondered two things:

How does an entire city get abandoned? And why? Is it possible that someday, far in the future, New York, Chicago, or Cleveland could just be abandoned? Buildings and streets signs and park benches simply left behind?

I guess I could see Cleveland being abandoned someday. Dismal weather. Mediocre sports teams. The legacy of Disco Demolition Night.

Maybe Faleri Novi was just the Cleveland of its time.

Seriously, though, how do cities get abandoned?

Also, how does an entire city get buried?

It’s odd to think that the built world as we know it will likely disappear from the face of the Earth someday. Even without war or climate change or alien invasion, the world will undoubtedly look very different in a millennium or two. The seats of economic and political power will invariably shift. Cities will rise and fall. Entire nations will be forgotten.

What seems so permanent today is flimsy, temporary, and forgettable given enough time.

There are many reasons why I want to live forever, but a big one is simple curiosity. I just can’t stand the thought of not knowing how the next two thousand years will play out.

Will New York City’s fall victim to the same fate as Falerii Novi? Will Manhattan really be forested and forgotten someday?

More than likely, it’ll simply end up underwater, the victim of politicians and corporations who were unable or unwilling to see more than five minutes into the future. Stupid, selfish, and in some cases, evil human beings who couldn’t begin to imagine cities like Falerii Novi disappearing forever for the sake of profit and power.

Seems crazy to want to be around to watch it happen, but I do. 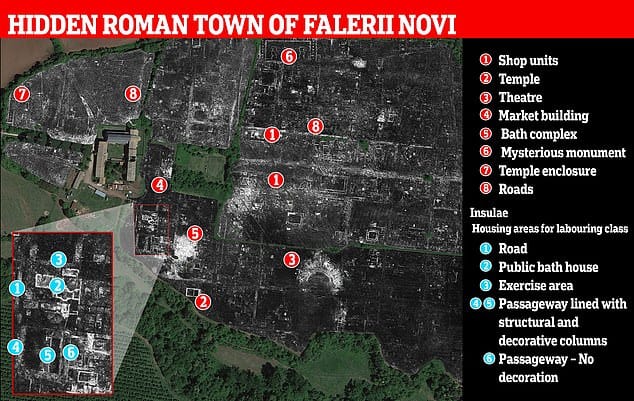