My storytelling friend, John, reached out to me later that day via email to tell me that the post had really upset and hurt him.

“I know I’d prefer to be told when something I wrote had a bad impact on someone,” he said in his email and offered to speak about it over the phone if I was interested.

He was right. I also prefer to know when something I’ve written has a negative impact on someone, so I called immediately.

“What have I done, John?” I asked, ready to listen.

If the couple in the photo – two men – decides to someday have children, they may not be able to travel to certain places in the world with their kids because of bigoted laws that could prevent them from leaving the country with their own children. It’s possible that these men are traveling the world for a year knowing they may not be able to do so again for quite a while.

Being a straight, cisgender man living in a state that treats all couples with decency and equality regardless of their composition, this had never even crossed my mind.

John also explained that traveling with your same sex spouse is often fraught with possible peril because not every place on Earth recognizes the spousal rights of same sex couples. If one of the men were seriously injured in any way while traveling, the other might not be permitted to make medical decisions on behalf of their spouse or even visit their spouse in the hospital if he is incapacitated.

So doing so before children at least makes the possibility of this happening less complicated.

Once again, this is not something that ever occurred to me.

Lastly, I joked in the post that I would metaphorically punch any of my friends who agreed to have a self congratulatory photo and caption like this published in the New York Times, which is probably a poor choice of words in any circumstance, but it was especially poor given that it was a same sex couple and is therefore far more likely to be victimized by violence than someone like me.

John told me that when he and his husband kiss in public, neither one closes their eyes in fear of how an ignorant, violent bigot might react to their expression of love.

I also made the reference to that metaphorical punch on the anniversary of the brutal and ultimately fatal attack on Matthew Shepard, so my timing also really, really sucked.

This is all to say:

I’ve written a blog post for 6,683 consecutive days. More than 18 years without missing a day, even when a tiny band of pathetic cowards tried to derail me and my teaching career with lies, mischaracterizations, and stupidity based upon words that I had written. If I’m writing and publishing something online daily for almost two decades, I am bound to say some ignorant, insensitive, stupid, misinformed, and misleading things from time to time.

I accept this. My hope is that when I do, readers are kind with their feedback.

It’s probably 50/50 in that regard. About half of my readers respond with thoughtful, productive feedback.

The other half does not.

But John could not have been kinder.

Thanks to my ignorant, insensitive blundering, I learned things about same sex marriages and same sex relationships that I had never known before. Though I wish I could’ve learned these things absent the pain I caused my friend, mistakes are valuable. I’m a better person today than I was yesterday thanks to my willingness to put my sometimes stupid thoughts into the world and having someone like John take the time to educate me.

John, unsurprisingly, proved himself to be the better man through his thoughtful, direct, and open hearted conversation with me. He had every right to be angry with me, but instead, he chose the higher road.

I apologized to John, as one should when you have done something hurtful or wrong. The act of apologizing has fallen out of favor recently amongst a certain group of people, but this is not surprising. An apology requires a person to be capable of recognizing the harm they have caused and the courage to admit to that wrongdoing and try to make things better.

Those who see apologies as signs of weakness are both stupid and cowardly. Therefore, an apology is an affront to their thin, fragile, pathetic little egos.

I’m actually happy that this incident took place. I’m not sure if John feels the same (since he was the injured party), but the result, at least for me, was a good deal of enlightenment on something I really care about. I also feel closer to John today than ever before. He may not feel the same, and his feelings are admittedly more important in this situation than mine, but I think that it’s through the friction of discourse that people can understand one another better and can ultimately feel more connected.

I count myself lucky to have someone like John in my life.

With the exception of my especially ignorant and insensitive moment, I hope he feels the same. 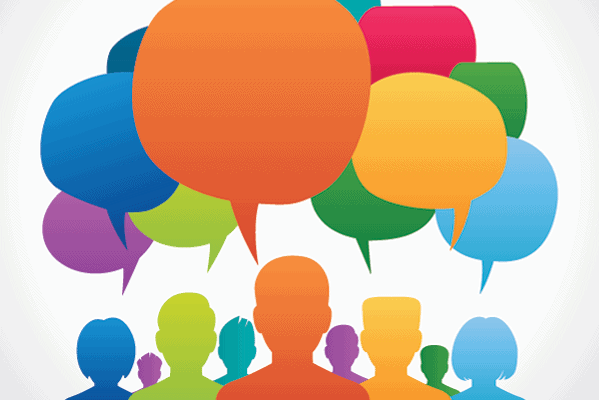