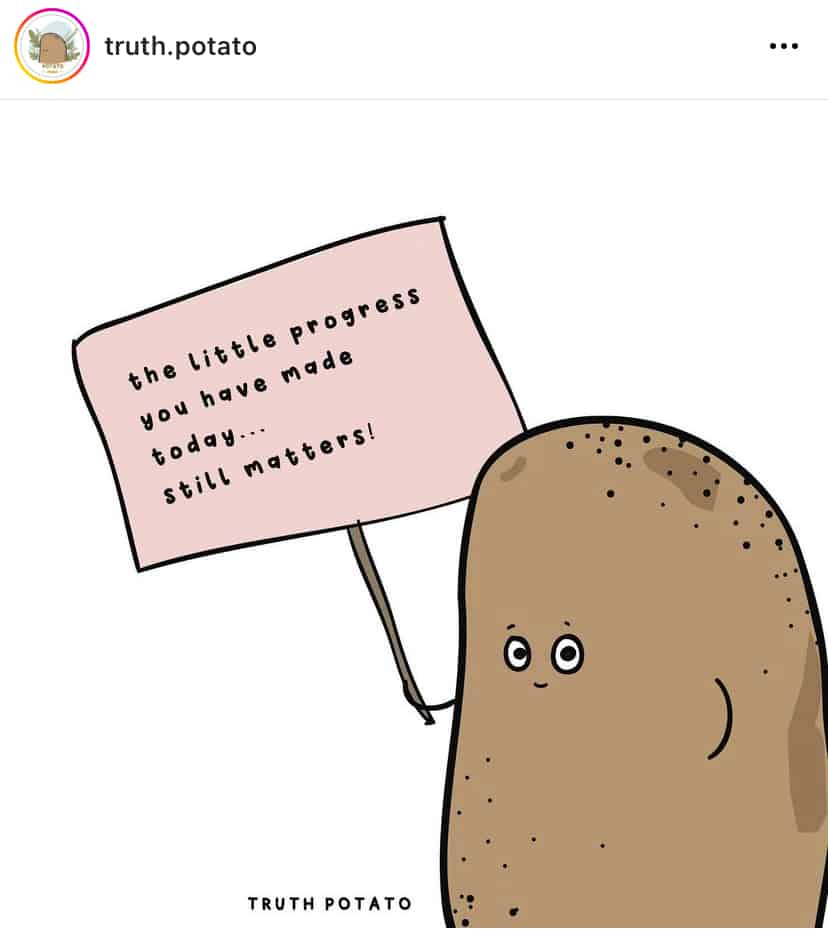 I agree wholeheartedly with Truth Potato.

A little bit of progress, made each day, amounts to something enormous over time.

This is known as incrementalism. I wrote about it in my new book, Someday Is Today: 22 Simple, Actionable Ways to Propel Your Creative Life.

Incrementalism is a method of working by adding to a project using many small incremental changes instead of a few large jumps.

This is how most things worth doing get done, which is why so many people fail to do anything worth doing:

They’re always looking for the large jump. The big gulp. A magic pill.

Being told that if you cut just 100 calories from your daily diet, you’ll lose roughly 10 pounds in a year—without much of an effort on your part—sounds appealing, but losing less than a pound a month doesn’t feel worth the effort for many.

It’s not much to give up, and less than a pound per month won’t feel like much, but the results of incrementalism will be obvious when you look back after a year.

A couple of hundred words aren’t much, but for some, the everyday grind is simply not rewarding enough.

They don’t want to write a novel. They want to have written a novel.

Drive by a construction site every day for half a year. The progress made on any given day will likely seem nonexistent, but when you look back on the empty lot six months later, you’ll find yourself staring at a new home or bus station or goat rental company.

The problem with incrementalism is that it requires faith, which is what Truth Potato is trying to instill. You must believe – despite the lack of evidence – that your small changes, made daily, will result in something extraordinary in the future.

Incrementalism is a real thing. Making a dream come true often requires a thousand tiny steps. Each step is just as valuable as the rest, and they all must be taken.

But if a potato gets it, perhaps you can, too.