My wife, Deadspin, and many others argue that teleportation is the greatest of all the super powers.

It’s admittedly a fine choice. As someone who prizes every second of his day, I would love to be able to teleport from location to location instantly.

However, it is clearly the third best super power.

Objectively, the best super powers, in this order, are:

All others – including teleportation – pale in comparison.

Or course, if you’re not interested in living forever, then I am willing to acknowledge that immortality might not be the greatest super power for you. But you must also be willing to admit that until you actually face death, you might be wrong about your distaste for immortality.

As someone who has faced death three times (and actually died twice), I can assure you that immortality is quite appealing.

But time travel is better than all of them because of the ability to see into the future and warn humanity about (and perhaps even prevent) certain natural disasters and other calamities:

It would be an enormous burden on the person with this super power, but morally and ethically speaking, how could you not acknowledge that this super power is better than the ability to pop in and out of New York City without having to deal with traffic?

There are some understandable concerns over the dangers of traveling into the past and catastrophically altering the future (and possibly threatening the existence of the time traveler in the process). There are also concerns over the potential for universe-ending paradoxes and the like.

But there is also a simple answer to all of these problems:

Never travel into the past.

While traveling into the past would be appealing, concern over these issues could be mitigated by limiting travel into the future, and only traveling for observational purposes. A time traveler need only to travel to a library and spend some time reading newspapers, browsing the internet, or studying history books in order to find the information they need while risking almost nothing in terms of unintentionally changing the course of human events.

The choice is clear:

Immortality is appealing, at least to me, but a deeply selfish choice.

Time travel, while fraught with obligation and burden, seems like the only ethical choice to me.

Save lives? End suffering? Prevent the making of the second and third Matrix films?

How could you choose anything else and live with yourself?

If you disagree, how about this? Not only could the time traveler prevent future disasters, but if human beings ever invent the technology that makes teleportation or immortality possible (and scientists are already making progress on both fronts), the time traveler could take the knowledge of that technology back to their own time and make it available to them as well.

Hand over the schematics of the teleportation head band to Apple with the agreement you get the first one.

Or turn over the immortality serum to your local compounding pharmacy and ask them to whip you up a batch.

Time travel is not only the ethical choice, but it’s also the logical choice.

I rest my case. 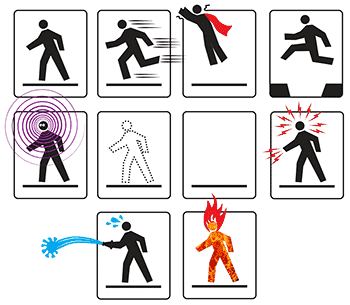