I watched the 1991 animated classic Beauty and the Beast with the family for the first time last night.

Young girl suffering from Stockholm Syndrome falls in love with her captor despite never actually knowing his name.

Weird. Why didn’t anyone ever tell me that this is the story of mental illness?

Also notable from the film:

The Beast imprisons Belle’s father in the castle dungeon for the rest of his life for the crime of wandering into his unlocked castle after being chased by vicious wolves in a thunderstorm.

Seems a little harsh in terms of the punishment fitting the crime.

Also, every single character in this film is white. I’d normally be concerned about this lack of diversity, but every single human being in this film except for Belle and her father are also goddamn monsters. It takes almost no effort on the villain’s part to convince the villagers to grab pitchforks and torches and storm the castle to kill a beast that they’ve never even seen before. In mere seconds, they transform from sweet, placid townspeople into an angry, illogical mob.

All that was missing was a bunch of MAGA hats.

The film central message is that love is not predicated on physical appearance. Love is love, regardless of how one might look on the outside. But when the beast transforms back into a human at the end of the film, he’s a square jawed Adonis, complete with a flowing mane of hair and muscles atop muscles.

In all sincerity, wouldn’t it have been better for the beast to transform into some scrawny, horse-faced slob? Why undermine the theme of the film by making what’s-him-name handsome beyond measure?

And maybe give him a name?

Charlie and I spent the rest of the night cracking up over jokes like:

“Hey you! Dinner is ready!”

Beauty and the Beast is strange and disturbing at best. Steer clear if possible. 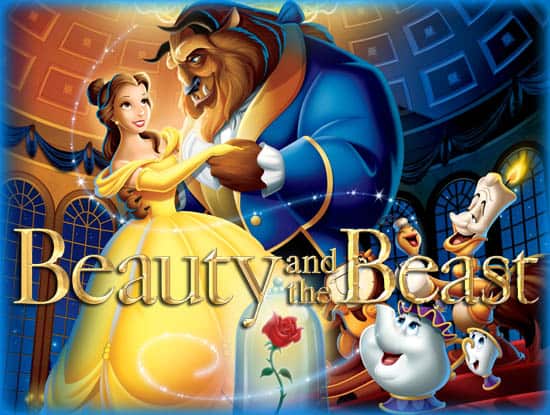