After writing about the impact my assistant basketball coach had on me last week, I heard from many, many people with similar stories.

A teacher told a student that she had excellent handwriting. Suddenly, she started writing more.

A swimming coach said a boy was faster than he thought. Then he swam faster.

A high school math teacher told a student that she was college material. Two days later, she ventured into the guidance office for the first time.

I was so happy to hear these and many other stories.

I’m a big fan of talking to students. Persistently and incessantly.

You need to keep talking because you never know what will stick.

Years ago, my principal, Plato Karafelis, came to me in May, informing me that a fourth grade student who was becoming unmanageable in another teacher’s classroom was being moved into my class.

“He’s going to be your student next year, so get to know him a little early.”

I didn’t love the idea, but it made some sense. Plant the troubled student amidst students a full year older than him for the last month of school, and perhaps something good will rub off. At the very least, he’ll probably be better behaved in a new classroom with a new teacher than he was at the present moment.

This decision alone was impressive. I’m sure it went against a million policies and procedures and was probably done without informing administration, because great leaders do what needs to be done, even if it means breaking the rules from time to time.

So for the next month, I tried like hell to reach this kid and make him understand the importance of focusing his life, working hard, and making every day count. I talked. Cajoled. Told stories. Asked questions. Listened. Glared. Browbeat.

Then one afternoon, near the end of the school year, as I was trying to make this student understand the importance of returning to school in the fall with a more positive attitude, I looked across my classroom and saw one of my female students. She, too, had been a hell raiser in previous grades. I had heard stories about her for years. She had been like an angry tsunami, roaring through the school, wiping out everything in her path.

But fifth grade had been a turning point for her. Somehow, someway, she had turned her life around and become one of my most successful students.

In desperation, I called her over to my desk. “Listen,” I said, “I’m trying to get this kid to turn his life around. You turned your life around. Tell him how you did it.”

I didn’t expect much.

I couldn’t believe what she said.

“On the first day of school,” she began, “Mr. Dicks said that he had heard about me and how I behaved, but he said he didn’t care. He said I was a perfect student in his eyes, and as long as I worked hard and treated people kindly, I would always be perfect in his eyes. So I decided to be perfect.”

I have no recollection of ever saying those words. I don’t doubt that I said them or some variation of them, because I talk to kids constantly, incessantly, persistently, and endlessly, because you never know what will stick.

Those were not words of wisdom. They were just part of a numbers game. Say a lot. Keep saying it. Hope for the best.

I suspect that about 2% of what I say to kids ultimately sticks, which means I need to talk a hell of a lot in order to get enough to stick.

That “perfect student” came back to visit last year. She’s in college now, but during the pandemic, her school closed for a while, so one day after school, she came by with her boyfriend to say hello. I remembered her, of course. When I called out her name, she elbowed her boyfriend and said, “See, I told you he’d remember me!”

A couple of my current students at the time knew her, too. I had already told stories about her. Lots of them, in fact. She couldn’t believe that I was still talking about her more than a decade later.

I am not the best teacher in the world. Many of my colleagues design far better lessons than me. Many of them deliver those lessons with far greater precision and proficiency than me. Most work harder than me and are far more professional than me.

The thing I do well is talk. I tell stories. I give advice. I offer wisdom. I cajole and joke and browbeat and urge and share.

I talk all the time. Sometimes something sticks.

It’s an important thing for all of us who work with kids or who are raising kids to remember. Talk and talk and talk. Listen, too, of course, but say a lot of stuff.

An assistant basketball coach said a few things to me a long time ago, and I played my best basketball ever. More importantly, I came to understand the value to telling kids that you believe in them.

I’ll never know how well most of my words stick.

But I’ll keep talking, hoping some will. 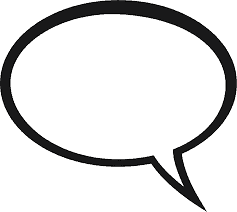