Here are the results for August.

I lost 0 pounds in August because I suck.

Done! Admittedly it was mostly fruit (lots of apples) and French fries, but I did it!

By the way, is rice a vegetable?

Done. Planks are getting surprisingly easy except for the elbow and shoulder pain (see below).

I did 3-4 burpees per day, 3 times each week in August with the exception of the week spent in Seattle. My shoulder really, really hurts, and now my elbow hurts, too. I blame the stupid burpees.

I’m getting an X-ray.

Writing has finally commenced.I won’t finish before the end of the year, but I’ll pretend that I might.

No progress, but I’m enthusiastic! I have a good idea!

I submitted a piece to the NY Times Modern Love column in April. I received word yesterday that it was not accepted.

I spent July strategically smiling in hopes that the biofeedback that a smile sends to the brain would alter my mood positively. I’ll be writing about the results this month.

One letter written in August. Two written so far this year.

Five letters written in August. 24 overall. Still have a lot of writing to do before the end of the year.

The Great Hartford Story Slam (produced in conjunction with two other local producers) and my solo show in Seattle.

Done! We began selling tee shirts and totes at our live podcast recording, and we’ll be selling again at our upcoming shows. 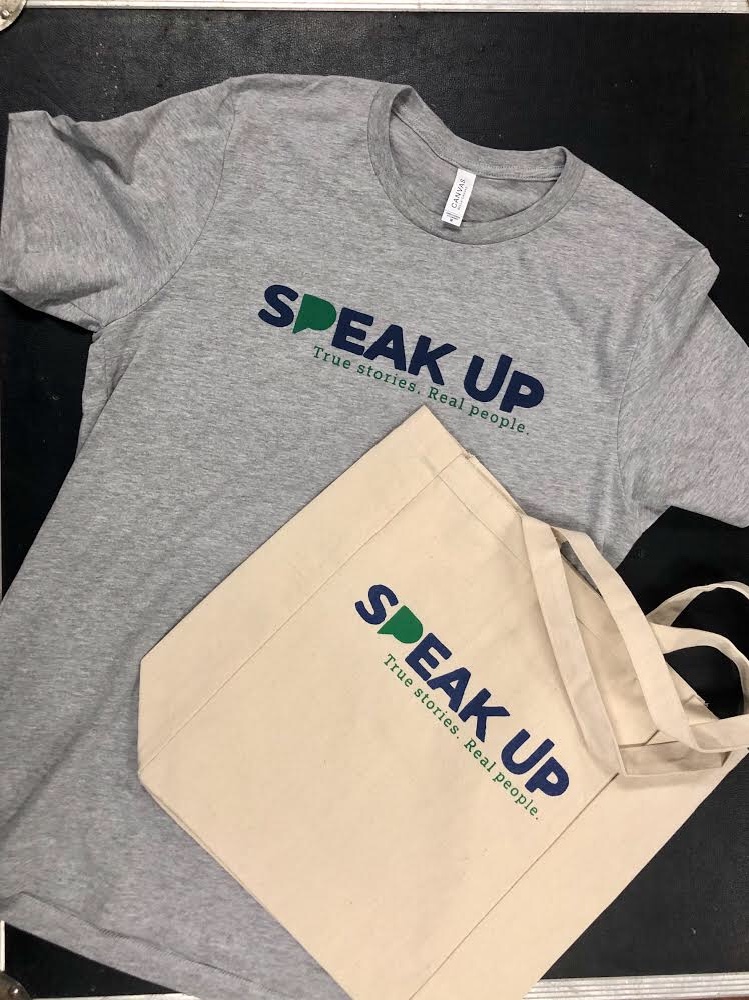 Two in Boston, one in NYC, and one in Seattle. My name was drawn from the hat at both Boston slams and the Seattle slam.

NYC has not been as kind to me this year in terms of my name emerging from the hat.

This brings my total to 17 events so far.

DONE! I won my FIFTH and SIXTH Moth StorySLAMs in 2019. One in Boston and one in Seattle.

My 42nd and 43rd victories overall. 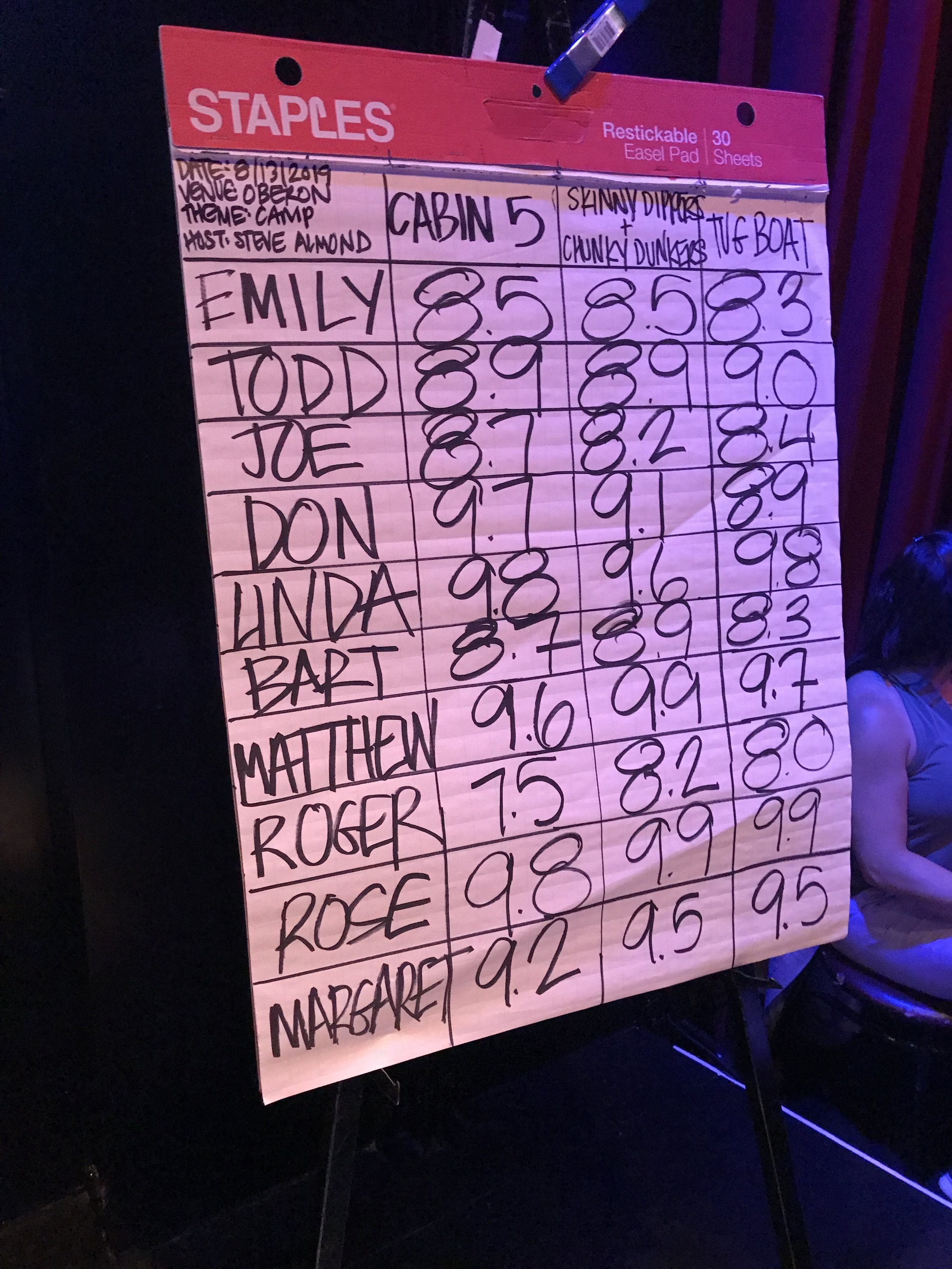 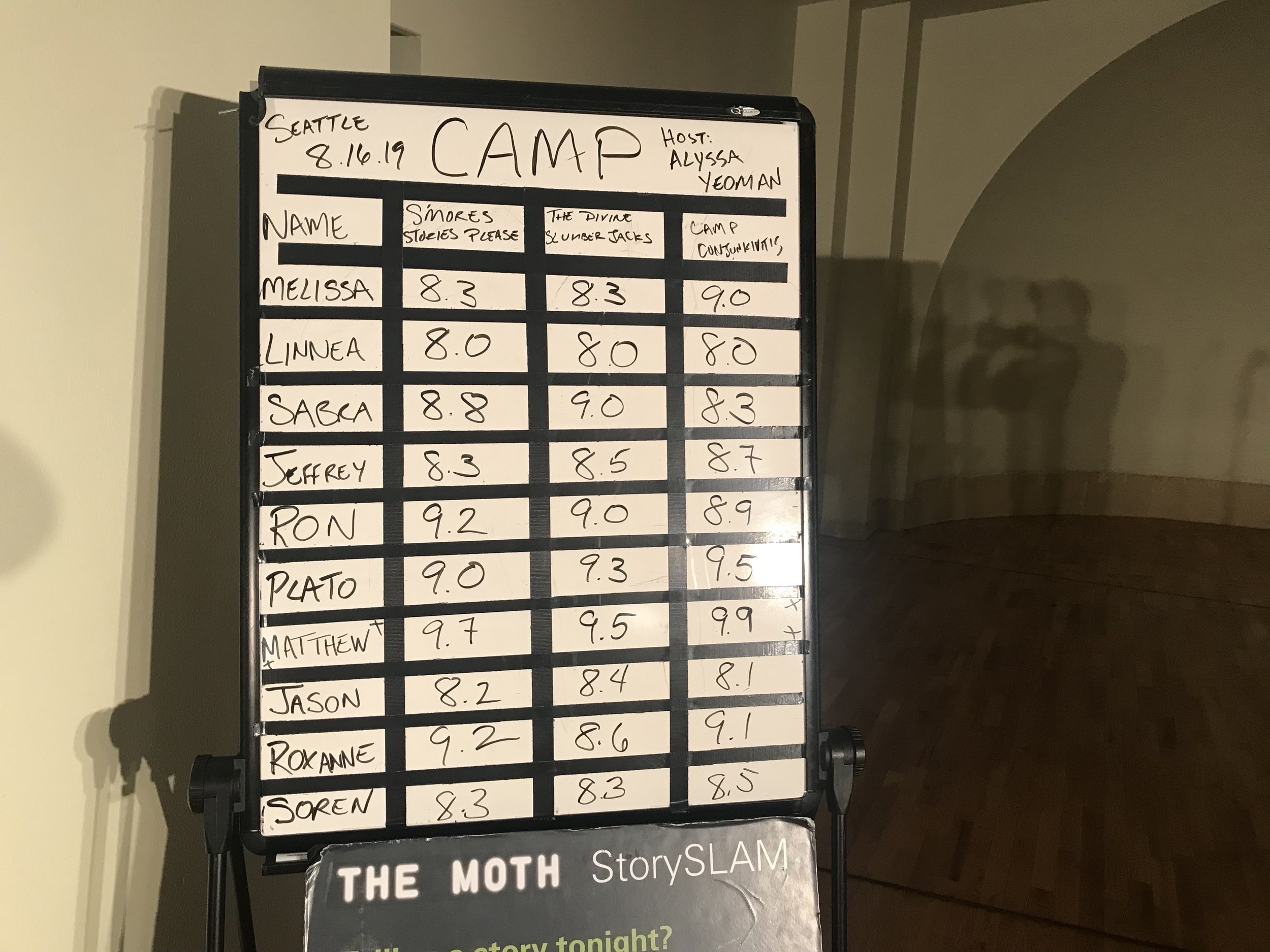 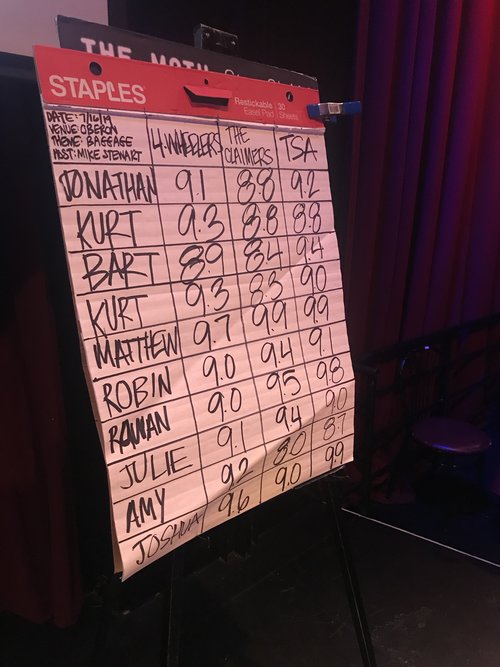 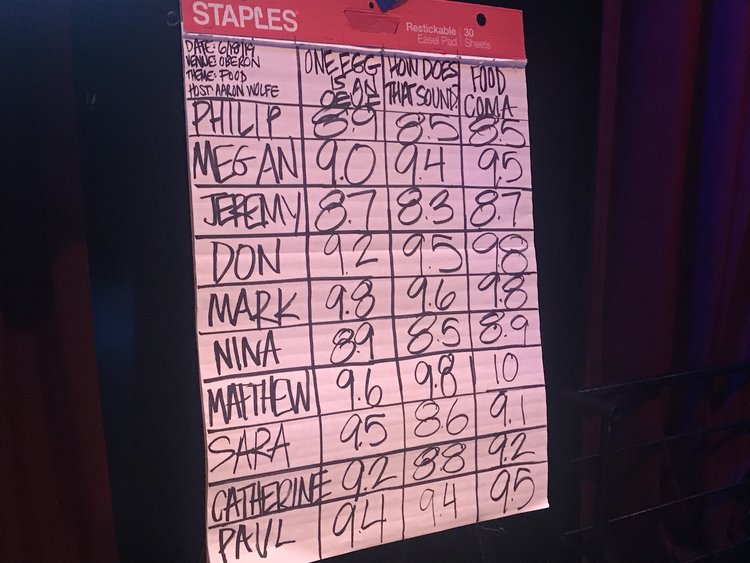 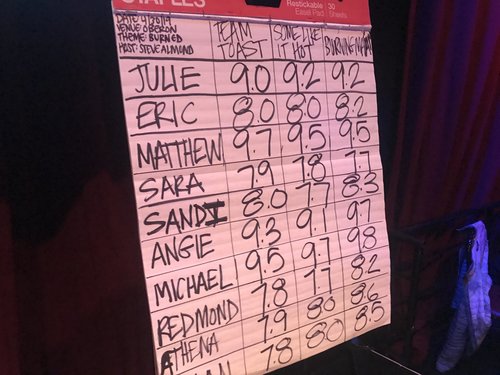 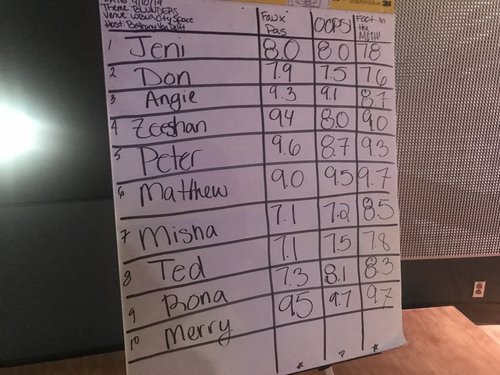 I competed but did not win the NYC Moth GrandSLAM in June. Silent scoring (I’m not a fan) prevents me from knowing how I placed (though I may be able to call and ask).

Just two new shows released in August. An erased episode and a botched recording in Seattle (neither one our fault) caused us to miss two weeks of episodes.

I performed at an open mic in July at The Elbow Room in West Hartford.

Done in June! It went surprisingly well, and I’ve been receiving requests to do another.

I made one meal in August.

Five down. Seven to go.

I have a tentative date set. Attempting to confirm attendees now!

I did not ride my bike with the kids in August. A week in Seattle and many, many days at Winding Trails has really curtailed the bike riding recently. Hopefully I can get the kids back on the bike now that autumn is on the doorstep.

I did not comment on physical appearance in August. I also explained my policy to my new batch of students, and once again, they loved the policy and supported it fully.

Adults often this this policy is crazy. Children always love it.

DONE! While meandering through Pike’s Place Market in Seattle, Elysha spotted a pair of earrings that she loved but thought were too expensive. When she wasn’t looking, I took a photo of the earrings and grabbed a business card from the designer. Then I emailed the designer and asked that the earrings in the attached photo be shipped to me. I had hoped to have the earrings on her desk for the first day of school, but they arrived two days late, so I gave them to her before dinner two nights.

She was quite surprised to see them again.

Six surprises accomplished so far. At least two more in the works.

The dumpster is STILL in my driveway. It’s now a Labor Day weekend job.

I started taking lessons this summer, and I’ve committed myself to constant practice. The results are beginning to show.

Last weekend, I double-bogied every hole. This did not result in an excellent score, or even a score close to my all time best, but it’s consistency. I did not blow up on any hole.

I also have a new putter, so it’s been a process of getting my putting back to where it once was, and my short game is a disaster with my new swing. When I dial those elements back in, I have a shot.