I arrived at Kripalu, a yoga center in the Berkshires, on Sunday night with a bag full of my novels, magazine columns, and comic books. I spread them on the table for my students to see, and then I stuffed them back into the bag and tossed the bag into the corner of the room.

It sat in that corner, untouched, for a week.

On Friday, I grabbed the bag as I was packing up to leave. Tucked into my copy of Storyworthy was a sheet of paper. Written on the paper was this: 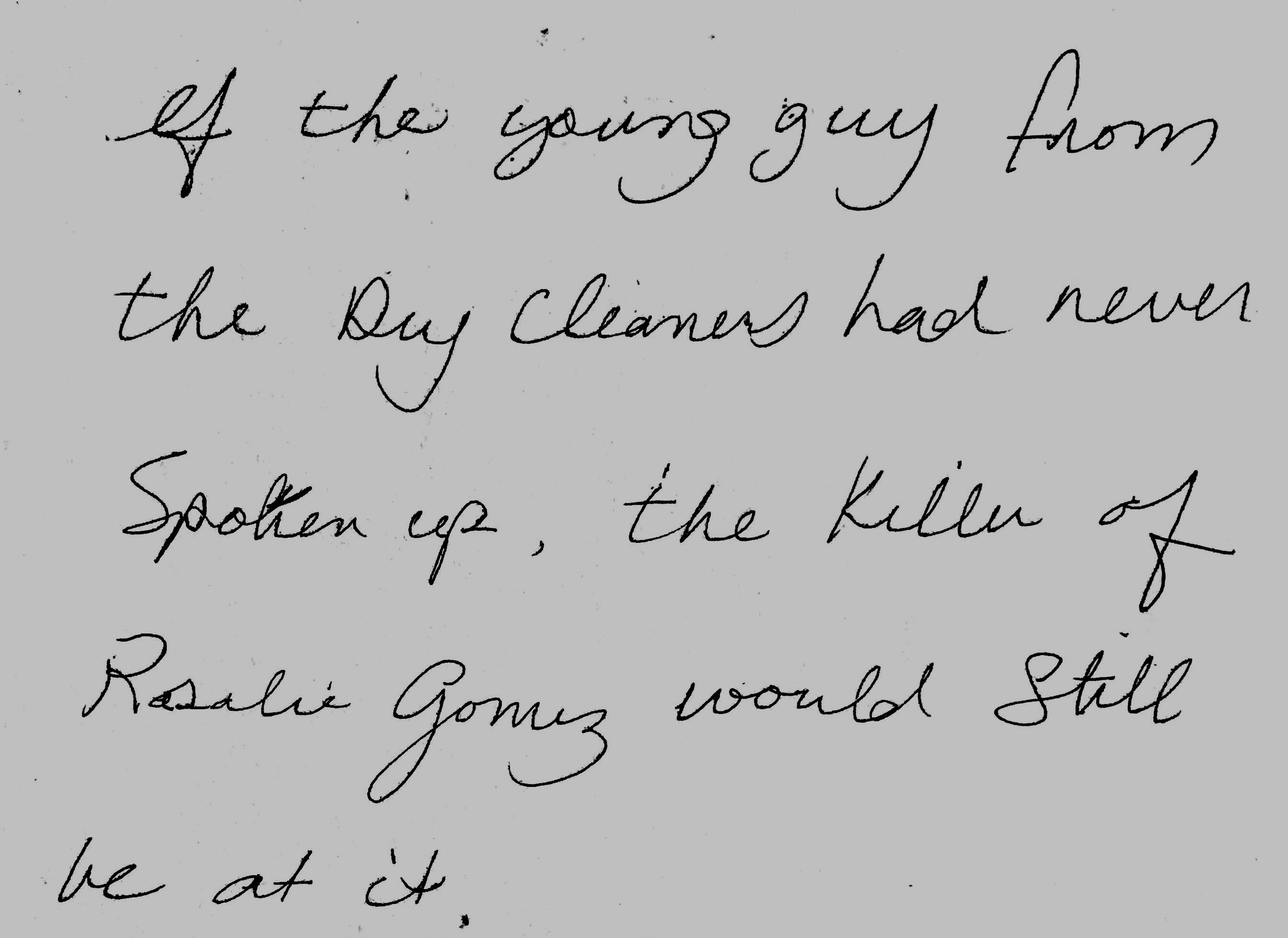 In addition to my ten students, the room had been used by several yoga classes, and on our final evening together, my students performed for a group of friends, family, and folks staying at Kripalu that week. I had also performed for a group of about 70 people earlier that week, telling stories and teaching lessons after each, including a lesson on the importance of telling stories.

A lot of people on campus knew who I was, what I did, and where I could be found.

There’s no telling who left that note in my book or why.

But it seems as if the note might have been left for me and might apply to the work I do. In addition to our organization being called Speak Up, I spend enormous amounts of time convincing people that they have stories to share. Stories that need to be shared. Stories that the world wants to hear.

This note would seem to fall along those lines.

Earlier that week, while my friend and teaching assistant, Jeni, were swapping stories, we learned that I had been the DJ at her cousin’s wedding 20 years earlier, and she had attended that wedding. She barely remembered the day, but I remembered a lot, including details that she couldn’t believe I recalled.

“Just think,” I said. “Twenty years ago, we were in the same room, at the same wedding. You were 17 and I was 27. Now we’re sitting here today at a yoga center in the Berkshires as friends.”

That kind of thing happens to me all the time. Tell a story to 100 or 200 or 500 people, and you will find someone in the audience who somehow connects to that moment for often than you would expect.

The world is a surprisingly small place.

But this note is beyond a simple coincidence or unexpected connection. It’s something else. Perhaps a bit of fiction scribbled on a piece of paper and tucked into a book called Storyworthy on a whim.