Elysha and I went to see Hamilton last night.

After seeing Elysha writing amusing but envious posts on Facebook in response to our many friends who were seeing the show during its brief stop in Hartford, I decided to pivot and give her tickets to the show for Christmas in lieu of my original plan.

I revealed the gift to her on Christmas morning by reenacting the cue card scene from Love Actually.

But I had my reservations about seeing Hamilton. Primarily, it was the hype. For years, I have been listening to people describe this show with the greatest superlatives I’ve ever heard. Folks gush over this show. Memorize the lyrics to every song. Describe it in the most glowing terms I’ve ever heard. They speak about the show by extending their vocalization of adjectives and adverbs in an effort to make me understand that it’s not simply great.

I hate that, by the way. Extending the vocalization of a word to accentuate its degree of authenticity is dumb and annoying.

The hype of Hamilton frightened me. So rarely in life has anything met or exceeded the hype. I can count on one hand the number of times I have been told that something would be amazing and it turned out to be amazing.

For this reason, I purposefully avoid overhyping my recommendations. I may find find the cartoons of The Oatmeal consistently brilliant, but when recommending them to you, I would say something like , “Make sure you check out The Oatmeal’s cartoons online when you have a chance. I love them and think you might love them, too.”

See? No superlatives. No gush. No unnecessary hype.

If I had added that The Oatmeal’s cartoons were “Ah-mazing” or “Sooooo hilarious” would you be more likely to check them out?

I don’t think so. I would only risk increasing your expectations beyond reasonable levels.

Seriously, though. Check them out. Matthew Inman is a funny guy.

So we went to Hamilton expecting it to be the greatest show I’ve ever seen. Better than Rent, which is my favorite, and all the other fantastic shows that I’ve seen in the past. This show had to move me beyond compare, at least if I was to believe the hype.

Hype. It can be a dangerous thing.

Then I saw the show. Sitting beside Elysha, we watched and listened for nearly three hours of musical theater, performed primarily in genres of music that I don’t love and telling a story that I already knew quite well.

As the last word was sung, the lights came up, and the bows were taken, I knew instantly that that Hamilton had failed to match the ridiculous superlatives that I’ve been hearing for years.

I really can’t believe it, but it exceeded every bit of hype that preceded it. It was the best show I have ever seen. One of the best things I’ve ever seen. As I stood and applauded, I suddenly felt the need to immediately write to Lin Manuel Miranda to thank him for giving me an evening I will never forget and filling my heart with joy, sorrow, and wonder in a way it has never been filled before.

Forgive the hype, but it is genius. 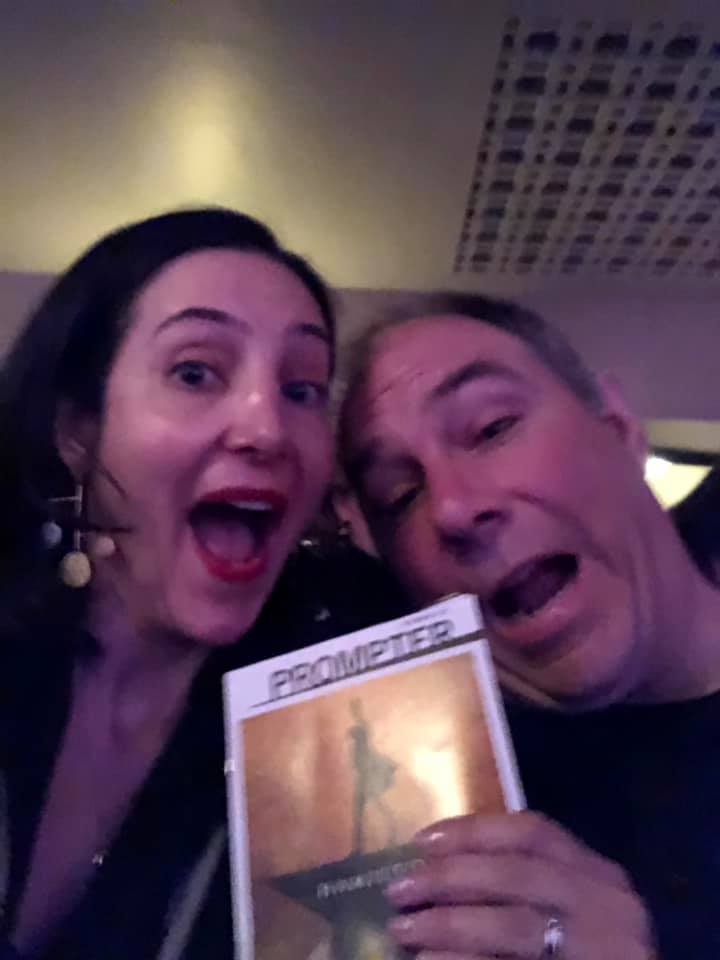