Patriot fans have indeed been blessed over the last 16 years. 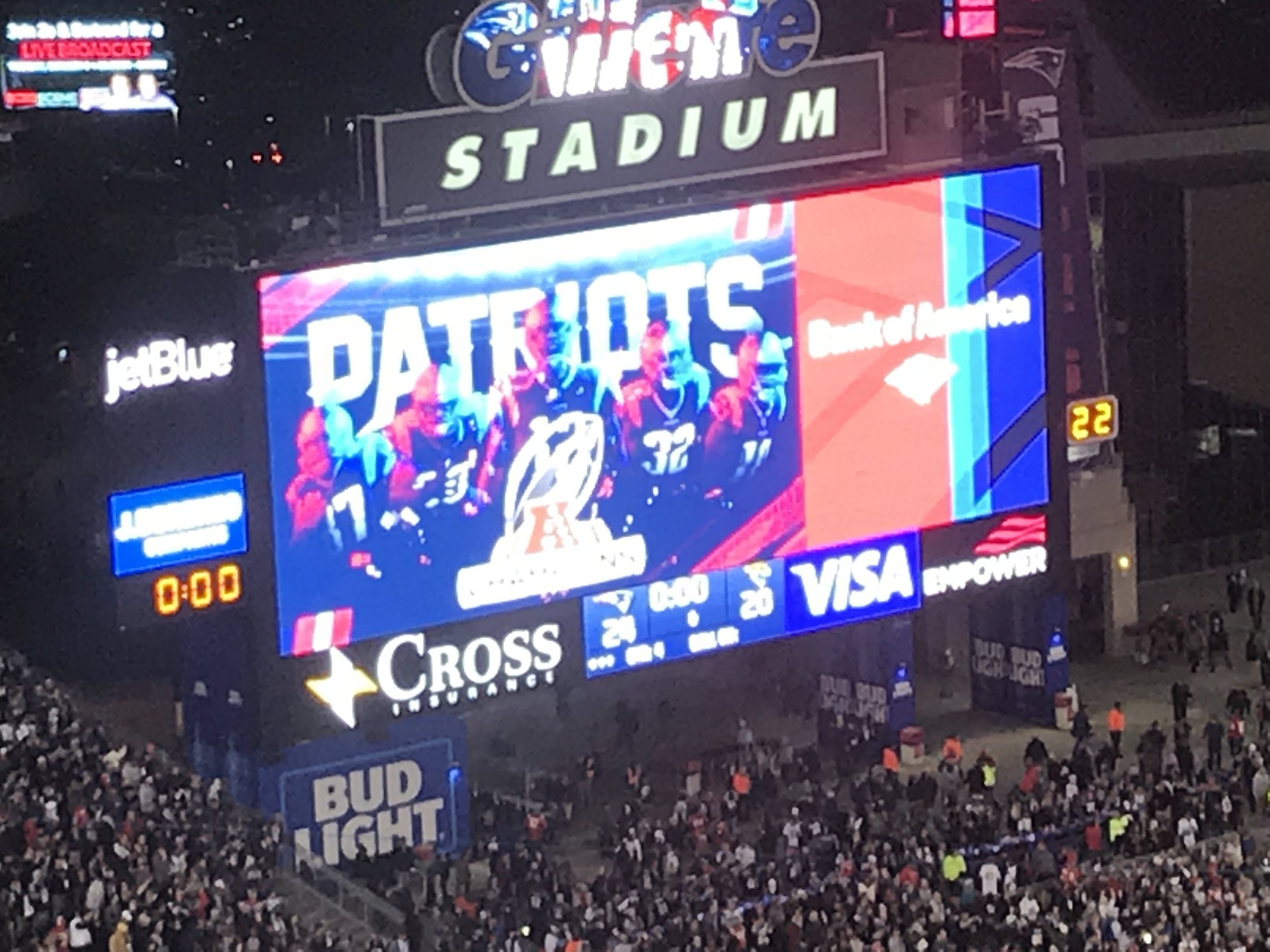 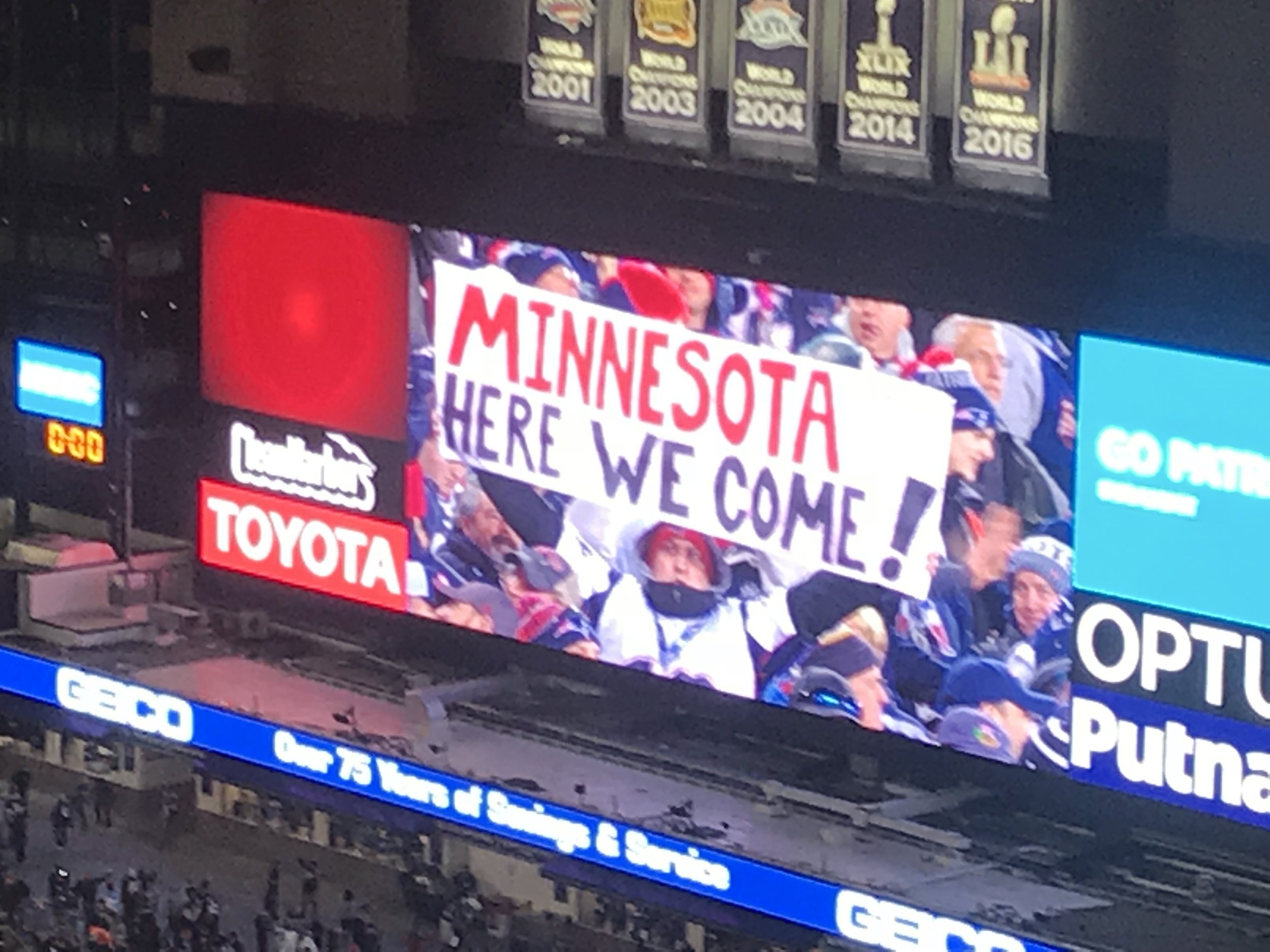 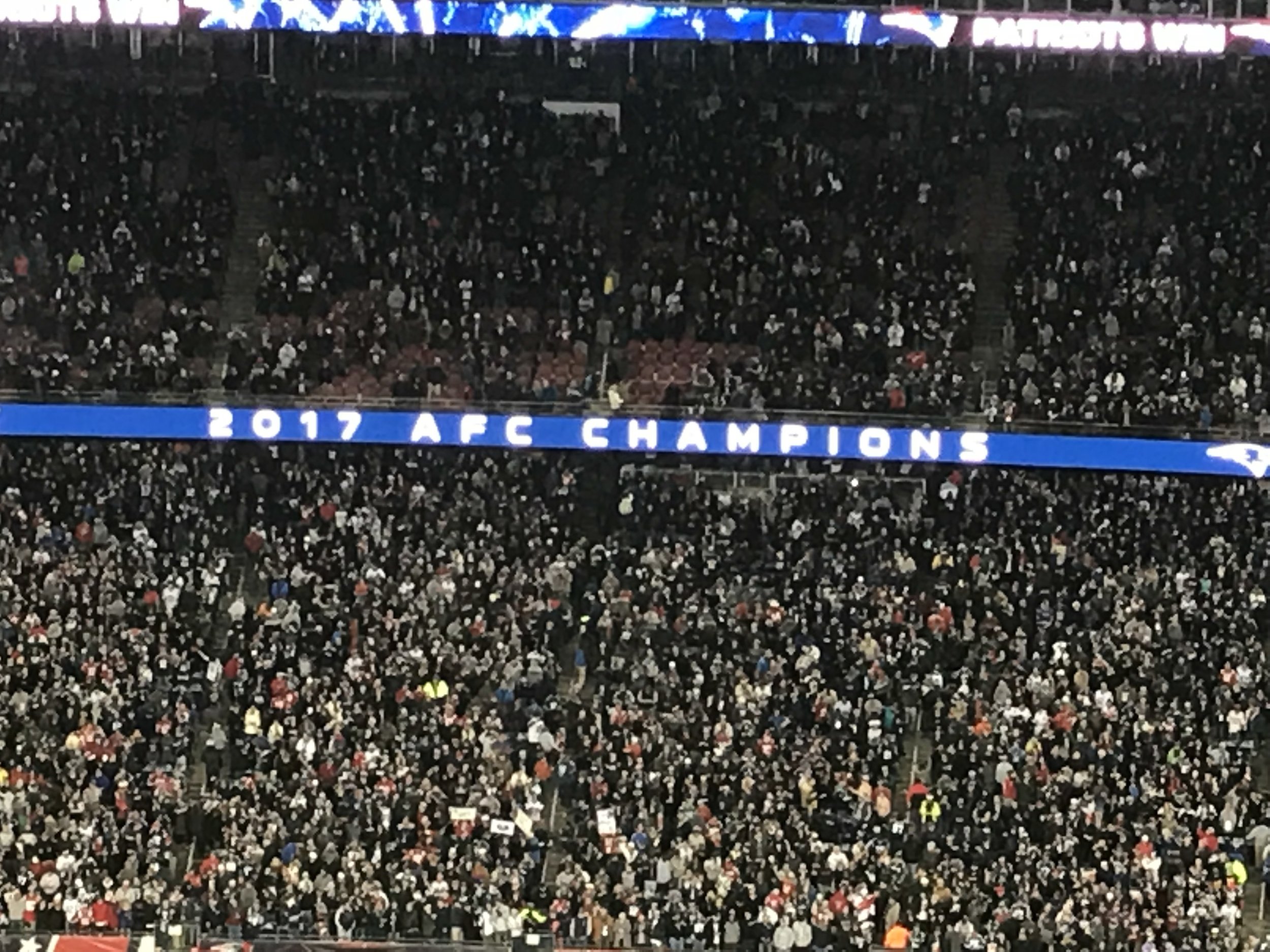 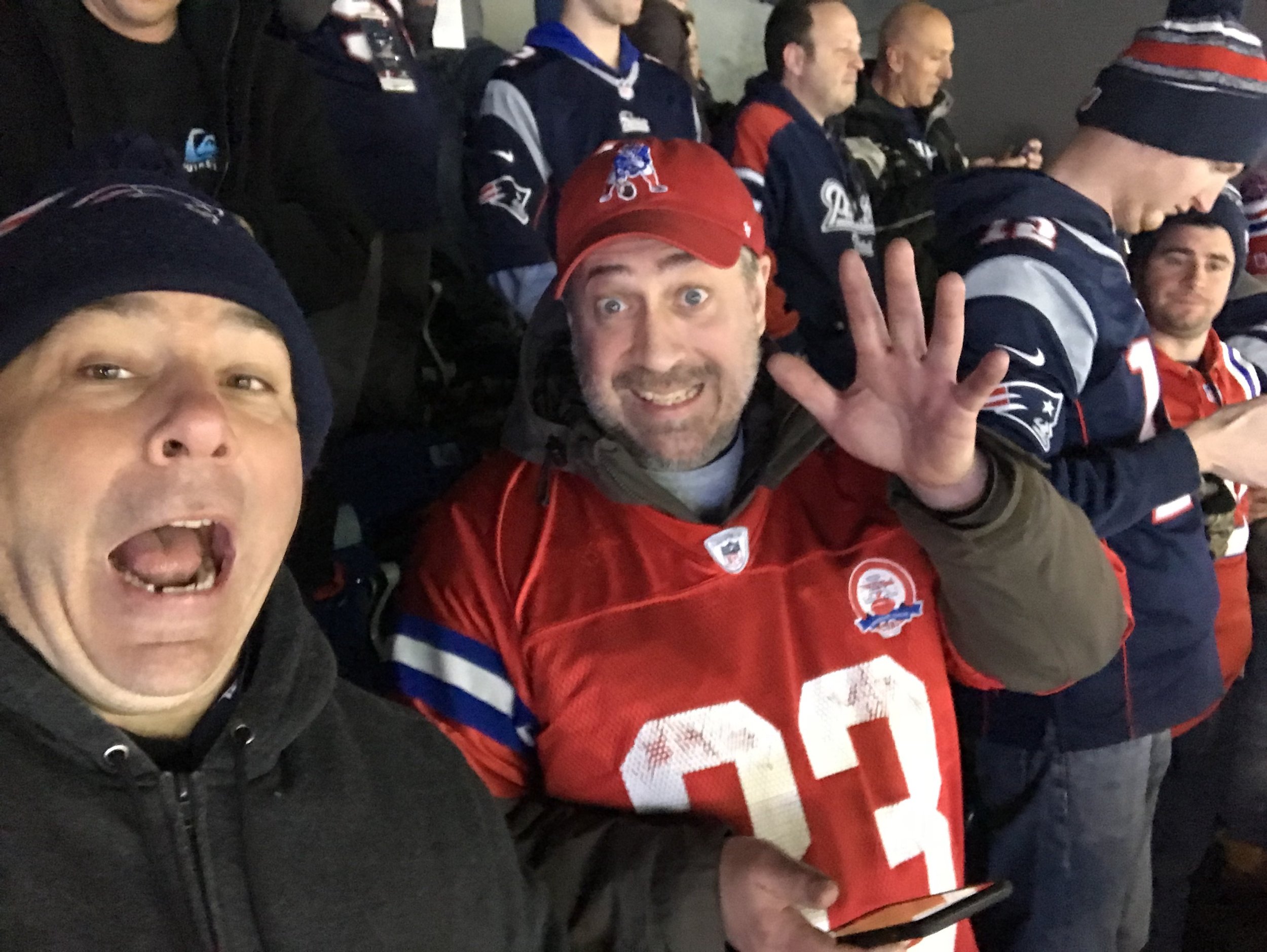 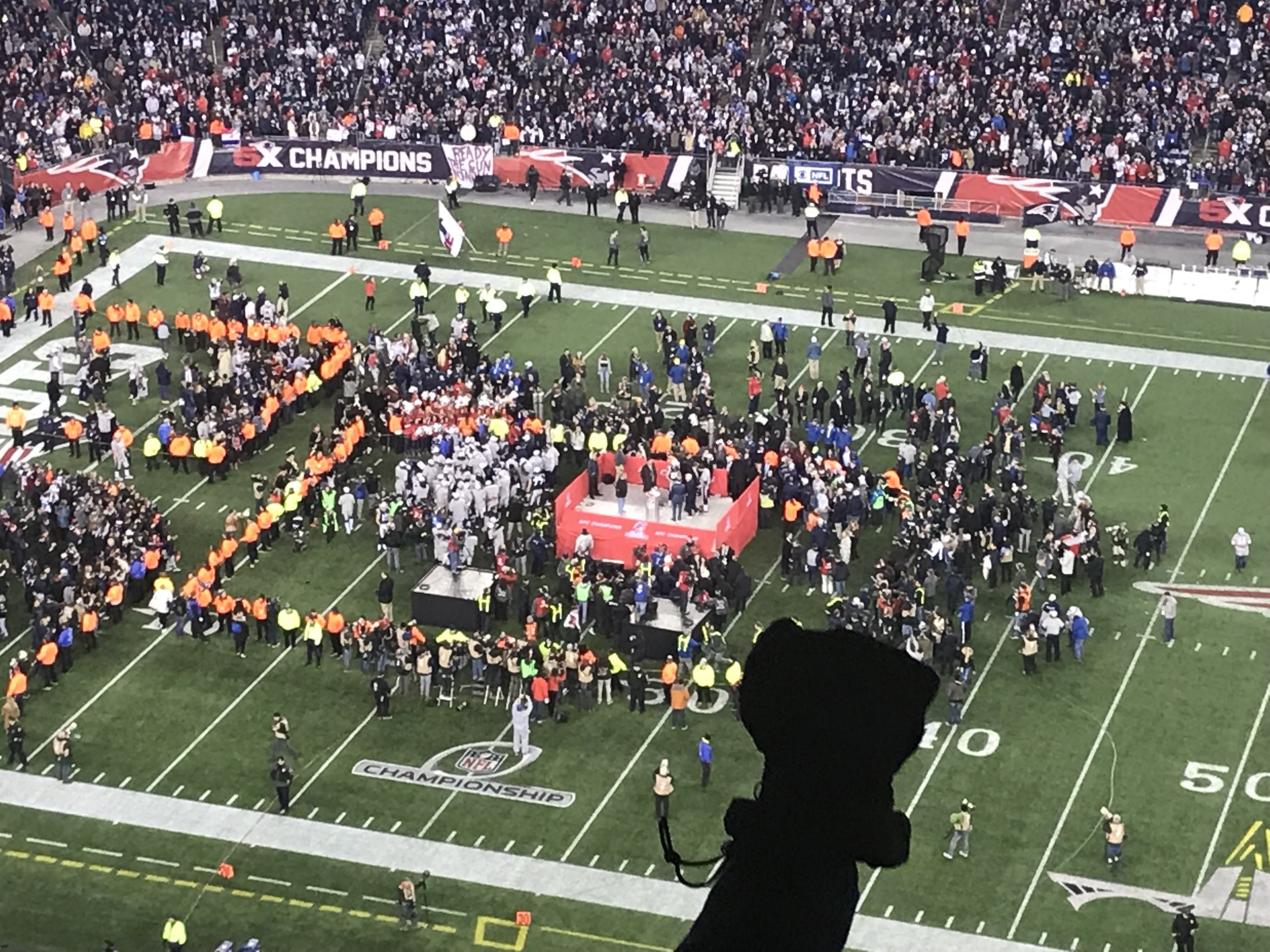 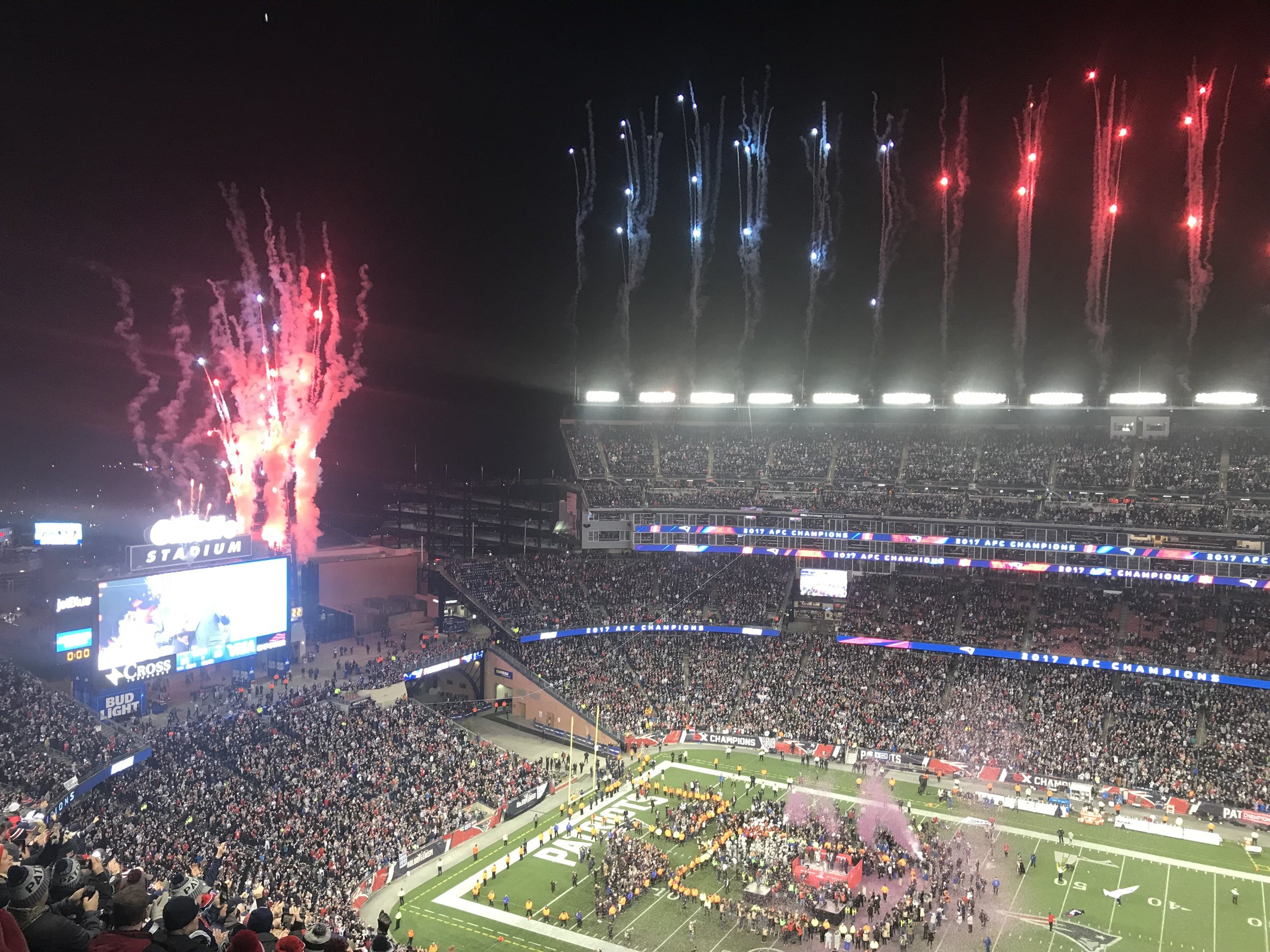 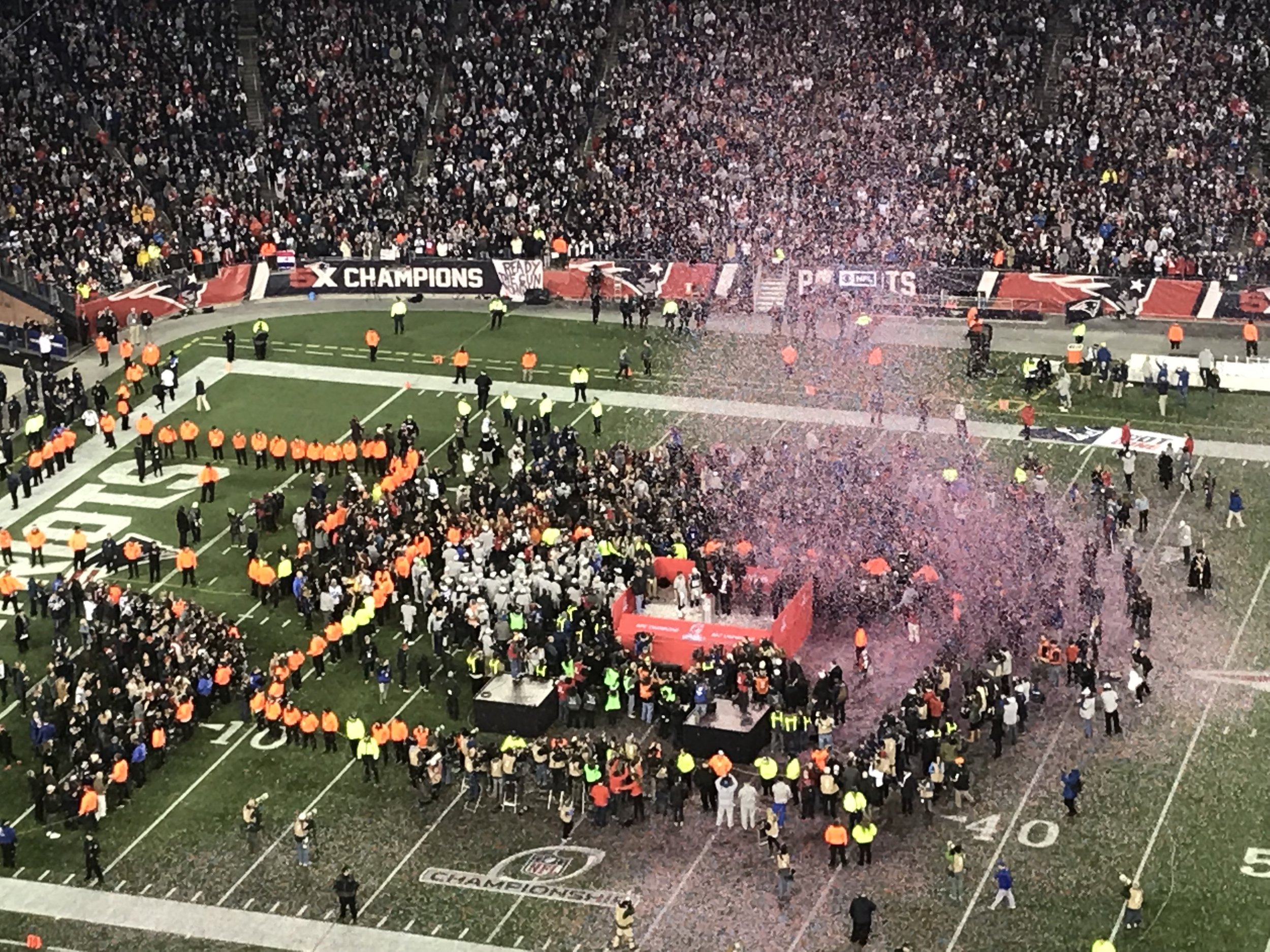 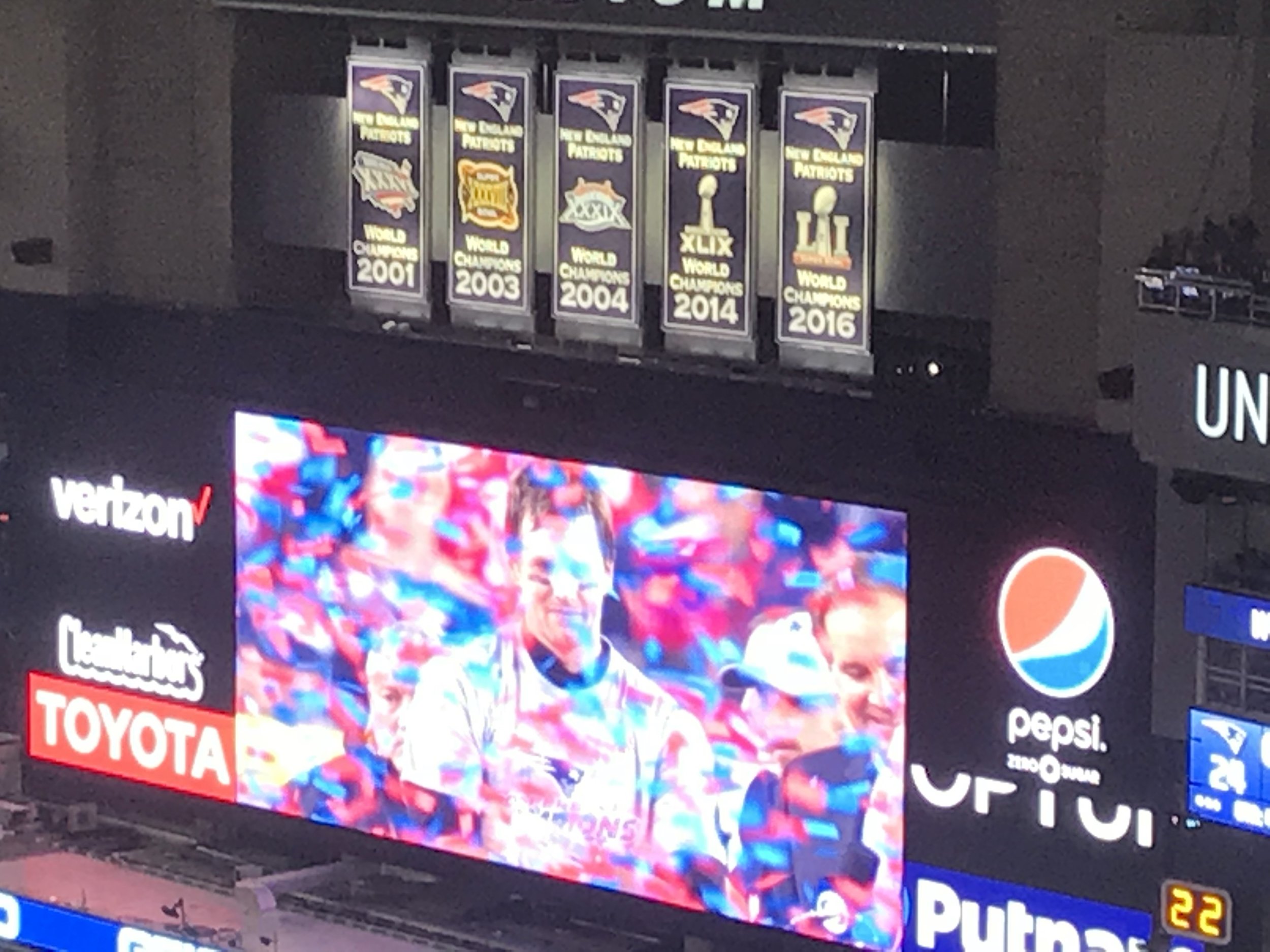 Prior to the game, about ten of us gathered in the parking lot across the street from the stadium for our traditional tailgate. My friend, Tony, does this cooking. My friend and seat mate, Shep, brings tables, grill, and a TV.

I hand over money and thank them for taking care of me.

After the game, the group gathered back in the parking lot for a post-game tailgate. Since we remained in the stadium to watch the championship festivities on the field, we knew it would be at least an hour before we could exit the parking lot, so burgers, dogs, and the first half of the Eagles-Vikings game was on tap.

That is, until we realized that one of our friends decided to skip the post-game festivities, flee to the parking lot, and escape the traffic. This would have been fine except he took all the food with him, knowing full well that a post-game tailgate was planned.

Needless to say the eight remaining souls were not pleased to discover that all we had to eat were five sausages and a little cornbread.

Not exactly a meal for eight people who had just spent five hours standing in the stadium, cheering on their team.

After speaking about our departed friend in the most vile of terms and declaring him dead to us now and forever, we decided to take the one item we had in abundance – alcohol – and attempt to barter for meat from our fellow tailgaters.  Before long we had traded hard liquor, beer, and space around our TV for a little bit of chicken, two pieces of steak, a small army of pigs in a blanket, potato chips, and more. A couple people came over with cooked food and brownies, offering us some of their food out of pity for our miserable condition. Our huddle mass of eight grew to as many as fourteen at one point, and I had the pleasure of meeting and chatting with some fellow Patriots faithful. 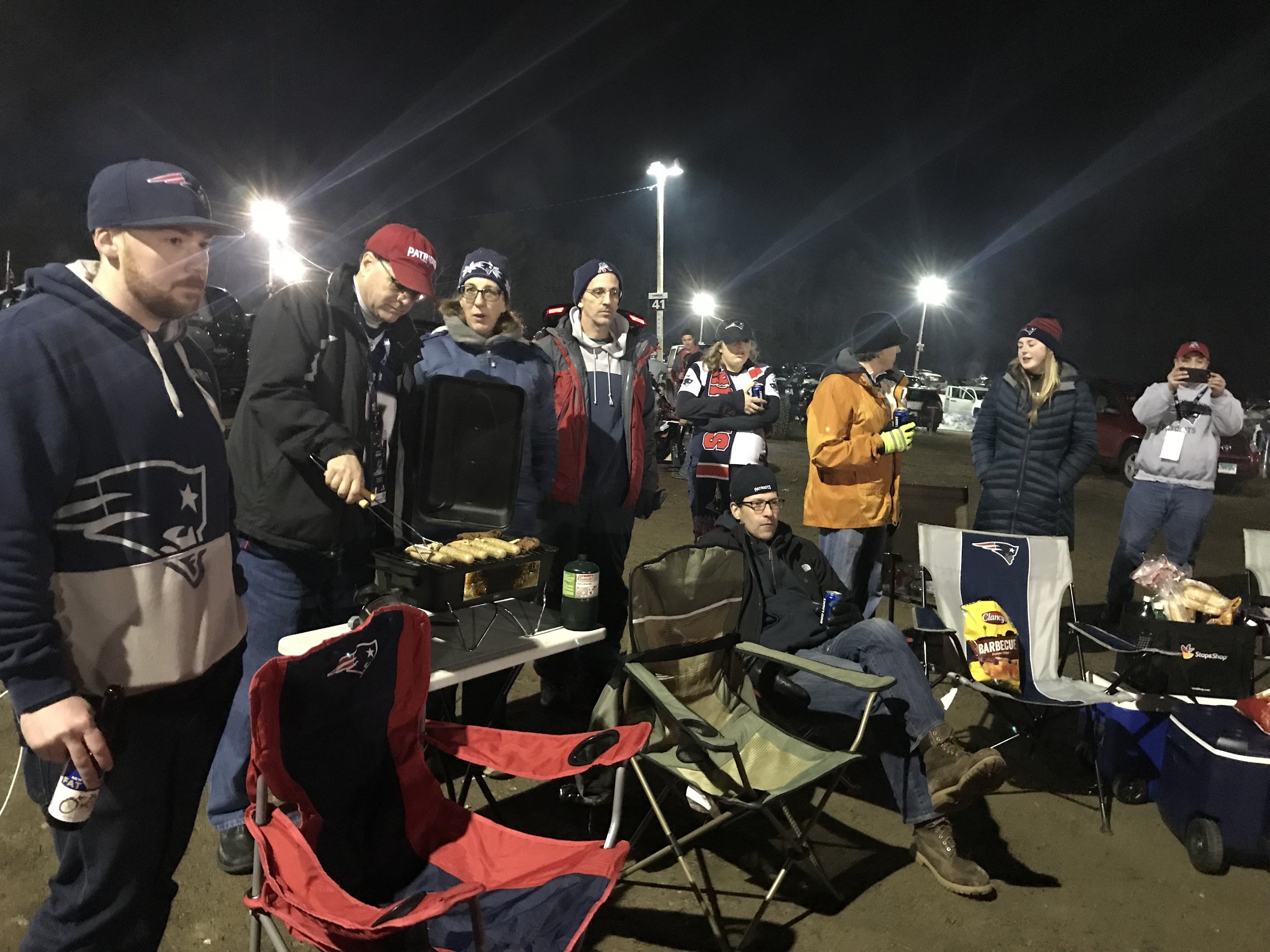 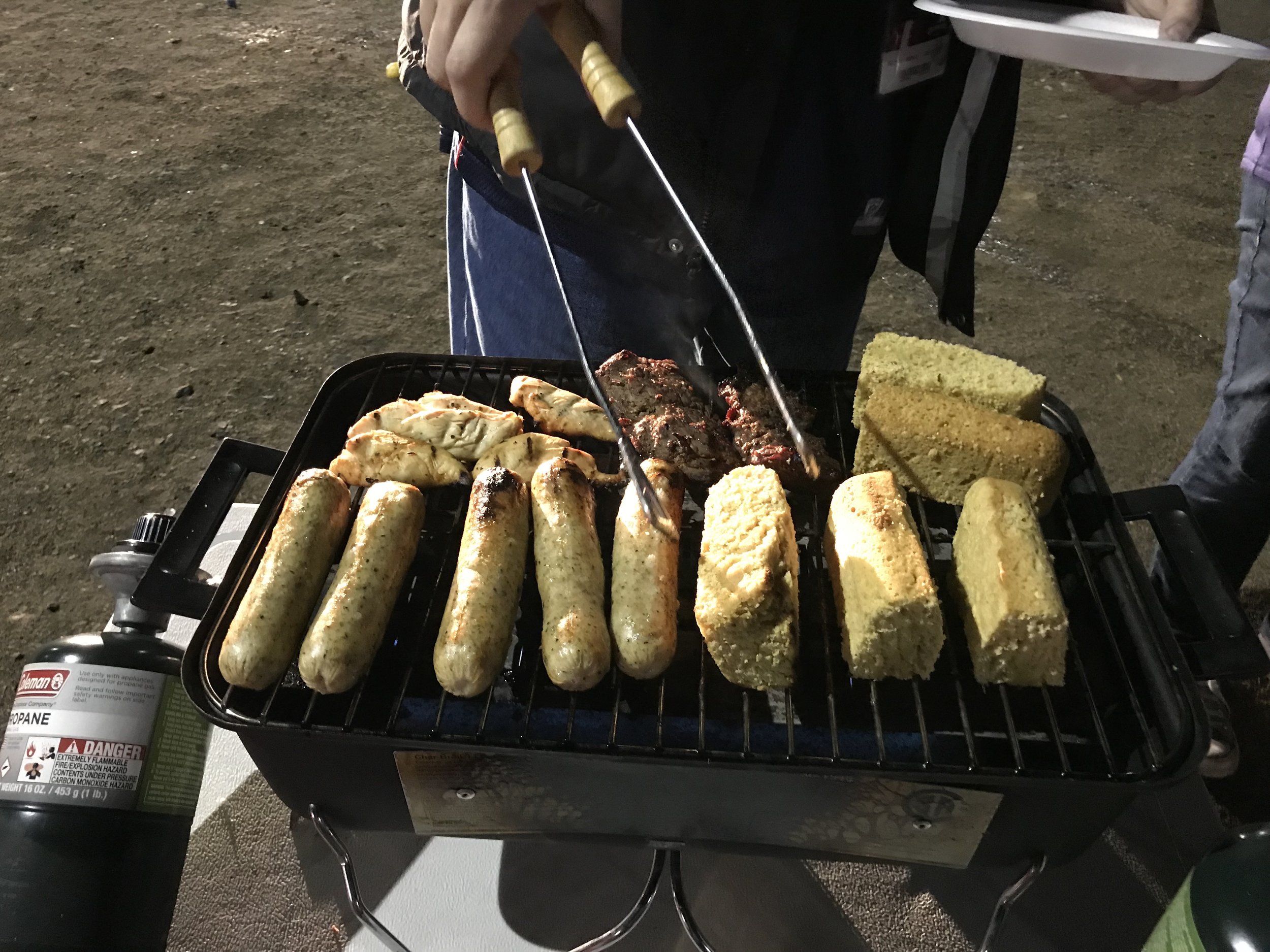 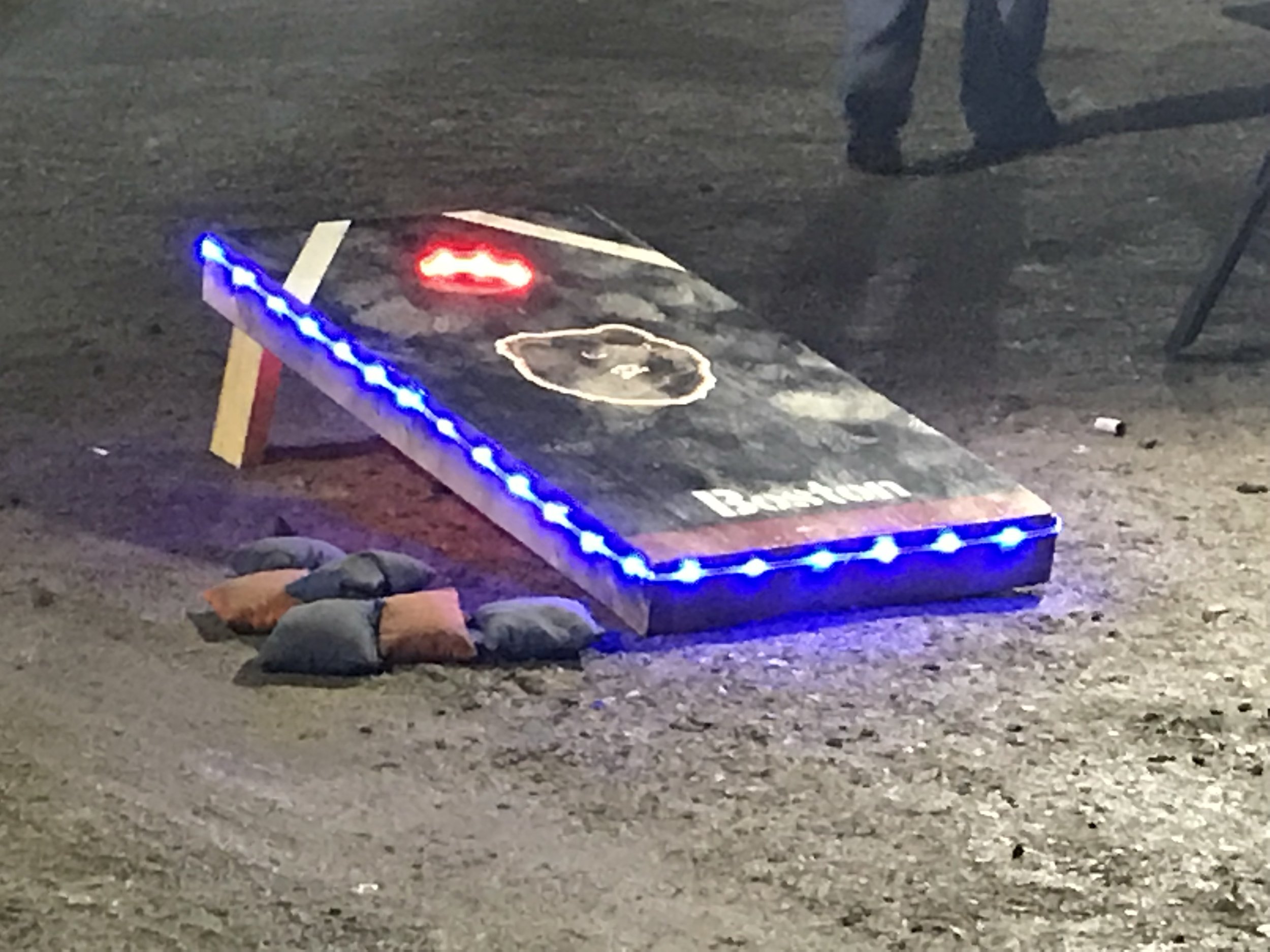 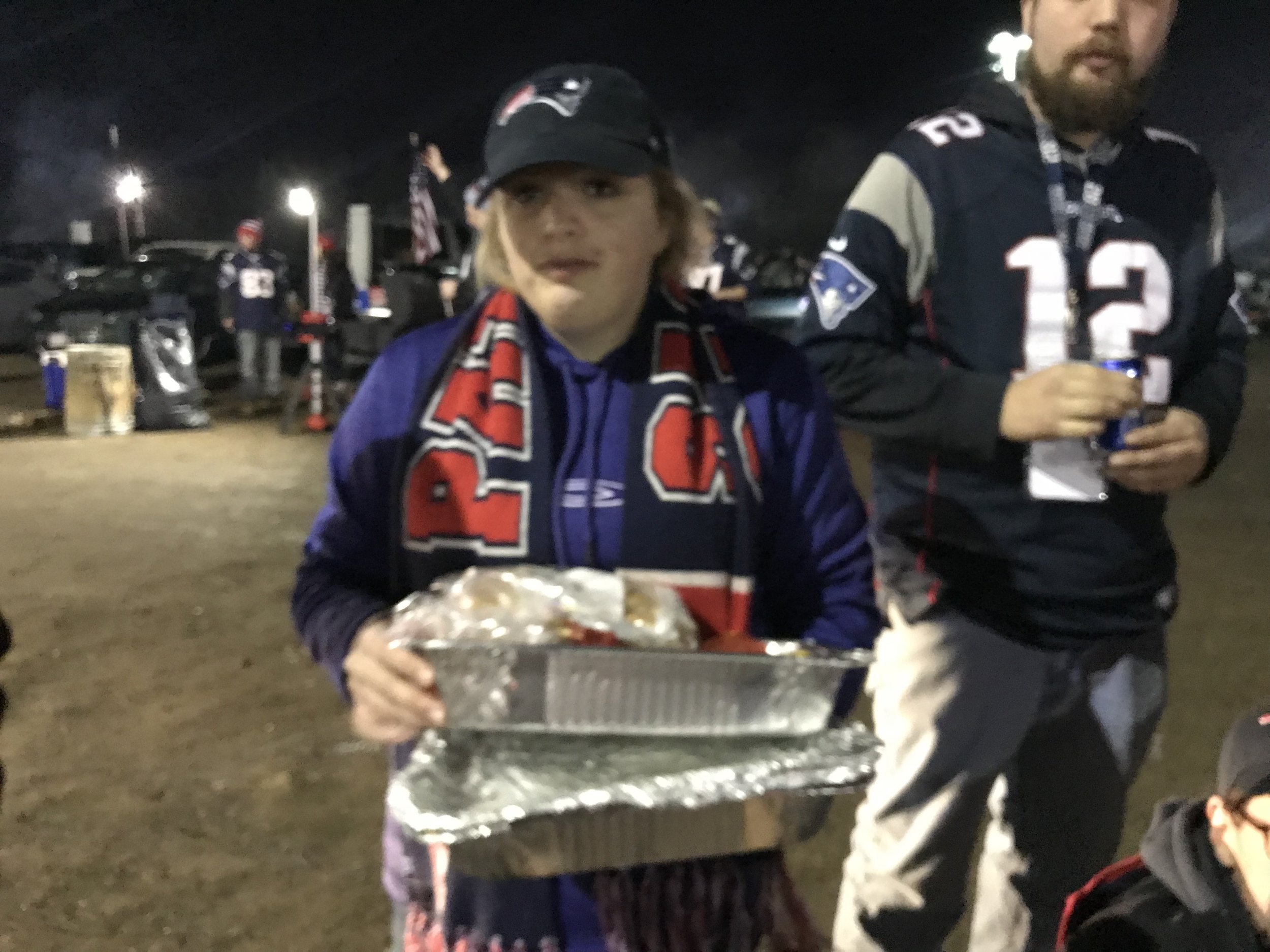 Don’t get me wrong. Burgers and hot dogs would have been fantastic, and they should’ve been there, damn it. You don’t leave early with the food when you know that a large group of hungry football fans are expecting to eat.

Leaving with the food was not cool. It will not be forgotten.

But the result – bartering for food, the chance to meet new people, and the collective, creative resentment for a single individual – was kind of great. A otherwise ordinary post-game tailgate turned into something memorable and meaningful under the sodium lights of that dirt parking lot.

There’s a phrase that my friend, Catherine, uses about storytelling:

In this case, we were lucky. We got both.