I was pulled over by a police officer last week. I was driving 53 MPH in a 40 MPH zone.

Honestly, I had no idea that I was speeding. It was Elysha’s first day back to work, and I just wanted to get home and talk about her day. I guess I was a little too anxious to see her.

As the blue lights filled my rear view mirror and the officer hit the siren, my heart beat faster. My muscles tensed. My flight-or-fight response triggered.

I am always terrified when dealing with the police.

When I was 22, I was arrested and tried for a crime I didn’t commit because a single police officer was convinced of my guilt. My arrest resulted in the loss of my job and my home. I ended up homeless and hungry, and if not for the kindness of friends, I don’t know where I would be today. I ultimately lost about 18 months of my life working 90 hours a week in order to pay a $25,000 legal fee.

As a result, I am always afraid when I encounter police officers. While I respect and admire the work that they do and appreciate their dedication and service, I also know how one police officer derailed my life and came close to putting me in prison.

I can’t imagine what it must be like to be a black man in similar circumstances.

I have watched far too many of videos of black men being beaten and shot by white police officers. I have watched as a great majority of these officers have avoided jail time for their actions. When I encounter the police, I am terrified of being misunderstood. Mistakenly perceived as a criminal. Unfairly arrested. Perhaps even jailed and tried for a crime I did not commit.

I can’t even imagine.

On Sunday, hundreds of athletes in the NFL, the WNBA, Major League Baseball, and other sports knelt during the national anthem, joining Colin Kaepernick in his protest against police brutality and the mass incarceration of Africans Americans.

Including my New England Patriots. 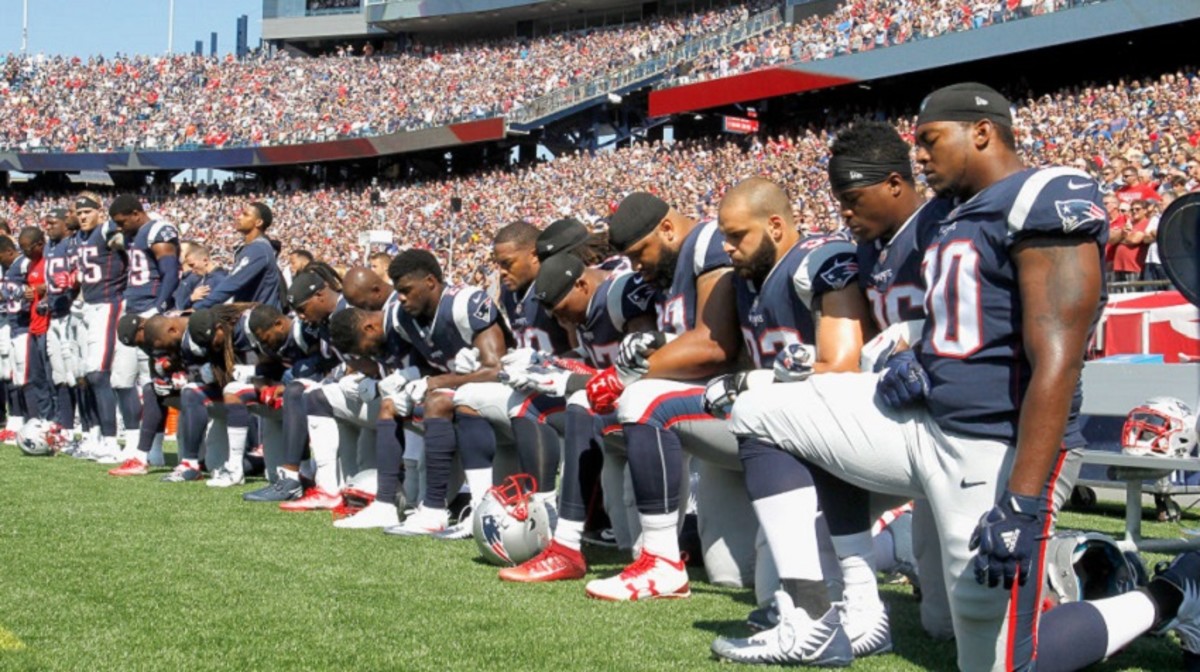 Many of these athletes knelt in response to Donald Trump’s comments in Alabama, where he called Kaepernick a “son-of-a-bitch” and demanded that he be fired (even though Kaepernick has been effectively blackballed by NFL owners for his protest and doesn’t currently have a job).

My response to their protest was simple:

I support the players’ First Amendment right to peacefully protest. I support the hell out of it. So, too, do thousands of military veterans and active duty personnel, who took to social media on Sunday to remind Americans that they risked their lives so these men could freely protest.

Including 97 year-old John Middlemas, a World War II veteran who took a knee in solidarity on Sunday. 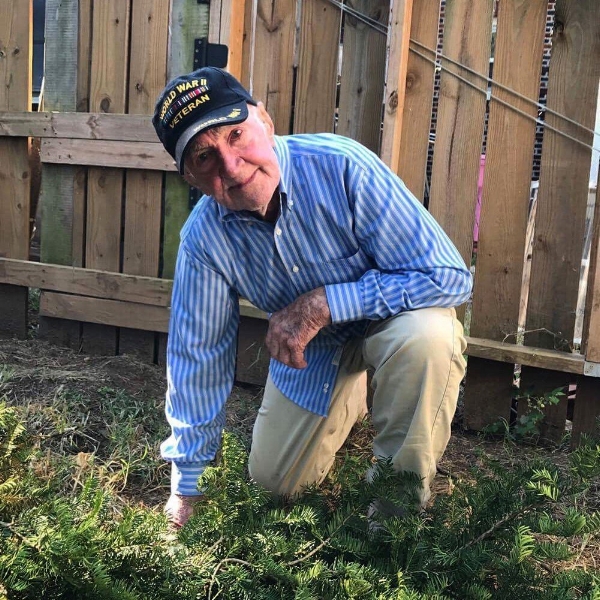 I wanted to add that if I were in these athlete’s shoes, I would probably choose a different means of protesting, but to say such a thing would be stupid. And if you look anything like me, it would be stupid for you, too.

I don’t live in a country where African Americans are statistically imprisoned for longer periods of time than white Americans who committed the same crime.

I have no idea how these men and women feel.

Yes, maybe there is a better way to protest, but until Kaepernick took a knee, America didn’t seem to care much about these issues. Every month or two we would watch body camera footage or a Facebook live video of a white police officer shooting an unarmed back man, and after a brief period of outrage, nothing would change.

Maybe if I was as afraid as someone like Colin Kaepernick, I would’ve taken a knee, too. I might’ve stood on my damn head.

Donald Trump’s stupid remarks may have turned Sunday into a protest against him, but Kaepernick’s initial goal was to raise awareness of the issue, and he clearly has. When the President of the United States is talking about your protest, you have brought significant attention to the issue.

If I was afraid to getting shot and killed during a routine traffic stop, maybe I would be doing everything in my power to get the attention of the world, too.

Donald Trump is an old, white man. He does not know the fear that African Americans face on a daily basis. Despite my arrest, trial, and near-imprisonment, neither do I. Going to prison unjustly and getting shot in the driver seat of my car are two very different things.

If you aren’t black, you can’t know what it’s like to live in this country,

The people who vehemently oppose the player’s kneeling during the national anthem are almost exclusively white. They are people who do not fear being shot and killed by a police officer for speeding or driving with a broken taillight.

When was the last time we saw body camera footage or a Facebook Live feed of an unarmed white motorist being shot by a police officer?

Trump doesn’t know what it’s like to be black. Neither do I. I never will.

But I know that the First Amendment gives Americans the right to peacefully protest, including kneeling during the National Anthem. Or sitting during the Pledge of Allegiance.

Or even burning the flag in protest.

Only fascist and totalitarian states value their flags more than free speech.

I respect these player’s right to kneel. I respect a fan’s right to boo in protest of this protest.

What I don’t respect is a white person’s belief that he or she could ever know what it’s like to be a black person in America today. If you’re white, don’t tell me what you would do differently.

There’s no way of ever knowing.