It demonstrates Trump-level hubris to suppose that I might have something to say about Hillary Clinton’s performance during the debate last night, but at the risk of sounding a little too certain of myself, I have a few notes for Clinton that I think would help a lot.

And while I’m sure that she has incredibly skilled experts working with her, I have spent much of my life preparing for arguments like these. I have been debating lunatics for years. Going toe-to-toe with anyone who I could find. I started battling my evil stepfather at the tender age of eight and have been battling ever since.

I’ve been training for a debate like this for all my life.

I was also the Connecticut collegiate debate champion two years in a row.

This is something that I do well.

I’ve reached out to the Clinton campaign via Twitter with all sincerity, hoping that they will contact me and hear what I have to say, but if not (and it’s highly unlikely), here are a few things I would tell her.

I’ve got more – including things that she did very well that she should continue doing – but these are four of the best pieces of advice I have.

Your website fact-checking idea was a good one. Many people watch television with a laptop in front of them, and this idea creates a second channel, not bound by space or time, for viewers to hear from you. However, when you introduce it – and you should again at the next debate – you must do so forcefully. Say it like you mean it. Last night you made it sound like an after-thought. You actually laughed a little while explaining it. Instead, say this:

“Look, this debate is only 90 minutes long, so there is no way that I am going to be able to refute all of the lies that Donald has told and will undoubtedly continue to tell tonight, so please, go to my website, where we will debunk his lies in realtime. We cannot allow falsehoods to stand when so much is at stake.”

Say that with force. Say it like it is a moral imperative.

Open more your statements with a single word or phrase like “Look” or “Let me explain something to you” or “Make no mistake about it.” Even stating the moderator’s name, as if you are speaking to him or her, works well. Trump either does this naturally or understands the value of focusing an audience on him. Short, imperative words and phrases like these do that. They command attention. Too often you are easing into your point, slow at the start and gaining momentum throughout. Instead, open with a punch. A single word or phrase that commands the audience’s attention and demonstrates authority and the importance of what is to come.

When Trump is categorically lying, like when he states that he opposed the Iraq War from the onset, a simple and effective way to dismiss this lie is to turn one of his own tactics against him. Trump loves to imply that everyone is in agreement with him. He uses phrases like, “People tell me…” or “I’m hearing from a lot of people…”

Do the same. Say this:

“It doesn’t matter what Donald says was his initial position on the Iraq War. We all know what the truth is. The American people decided that issue a long time ago.”

Not only will this put Trump in opposition with the American people, but it will likely poke the bear, because one of the best ways to hurt an opponent is to use his words or strategies against him. And this is a bear you want to poke. You want to knock him off his game. You want him to get angry. You want him to show his true colors.

Trump scores points when he talks about your 30 years in office and how much time you’ve had to fix America but haven’t. You must have a rebuttal for this, and the rebuttal is simple and should come in three parts.

Use a different rebuttal each time he brings it up.

1. State your achievements over the last 30 years.

“If Donald is going to blame me for everything that has gone wrong since I entered public office, then I deserve to take the credit for what has gone well.”

Then start listing these things. Trump says the country is a disaster. This is your chance to point out all the incredible things that have been achieved while you have been in office.

2. Trump presents a simplified version of the government. He presents an image of the world in which walls that America doesn’t pay for can be built and concessions can be added to international negotiations with ease. He wants people to believe that you could’ve fixed the world over the last 30 years but didn’t. This is the time to expose his inexperience.

“Making deals with countries in possession of nuclear weapons or attempting to develop nuclear weapons is not the same as making deals with architects who you then stiff or big banks looking to make a buck on the backs of the American worker. You don’t get to declare bankruptcy and start over when dealing with a country like Iran or Russia or North Korea or China. These are not countries that can be pushed around like the painters and builders who you push around daily. But you don’t understand that, because while I have been serving America for 30 years, traveling to 112 counties, negotiating complex deals that you would never understand with people you have never met, and sitting in rooms watching and waiting and praying while American troops are risking their lives going after the likes of Osama Bin Laden, you have been dodging income taxes, appearing on reality TV shows, and closing failing casinos. This world is a complex and changing place, Donald. You don’t understand that, and you never will.”

3. Make damn sure that you point out that government is a three branch system, and no matter what you want to do, you need Democrats and Republicans to come together to do so. In the last 30 years, we’ve had Republican Presidents, as well as Senates and Houses controlled by Republicans. Don’t let him hang every failure on you.

“This is not a monarchy, Donald. Or a dictatorship. Perhaps you need a lesson on civics. You’re not happy with the last eight years of the Obama presidency? Your own party has made it their point to oppose anything that our President has attempted to make happen. They stated this explicitly before he ever came into office. It’s a miracle that he’s done as much as he has. And when John Boehner attempted to reach across the aisle and make a deal with Democrats and make government work again, your party threw him out.”

Not only will this tie Trump to Republican obstructionism, but it will also demonstrate that there are Republicans who are willing to make government work again. Good Republicans who we need in office. Just not Republicans like Donald Trump.

If you really want to get daring (and you should), you could add:

“I feel bad for my Republican friends. People like … (list well known Republicans who you can call your friends) who deserve better than this. These are people who have been serving our country for years. People like John McCain who you don’t consider a war hero. And now they are tied to a man who calls women pigs and believes that judges can’t be impartial because they are of Mexican descent. They deserve better. The country deserves better.” 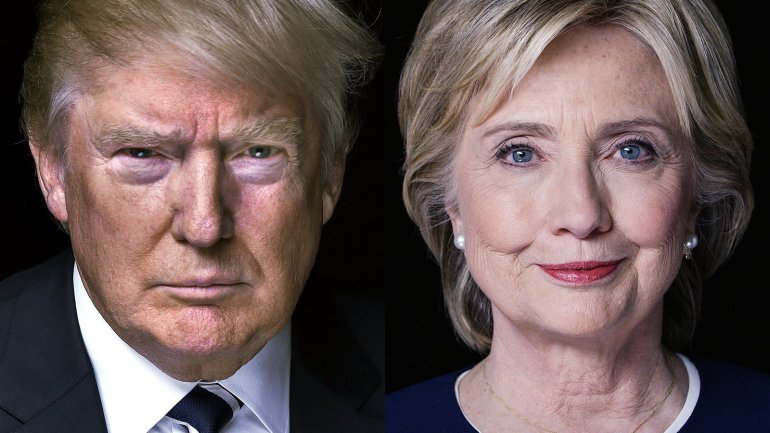