I’ll be tailgating in the parking lot at the Patriots game on Sunday. I have seen many things in the decades I have spent tailgating at Gillette Stadium.

I’ve bribed parking attendants. Trudged through snow up to my waist. Sent a soon-to-be-exgirlfriend back to the car at halftime when she could no longer endure the freezing rain and demanded to be brought home. Pushed my pregnant wife up the ramps to our seats with the help of my friend, Shep.

Even after a quarter century of attending New England Patriots football games, I still see things while tailgating that surprise me.

A comfortable place to sit prior to the game and perhaps an efficient way to get rid of an old piece of furniture at the same time.

Killing two birds and such. 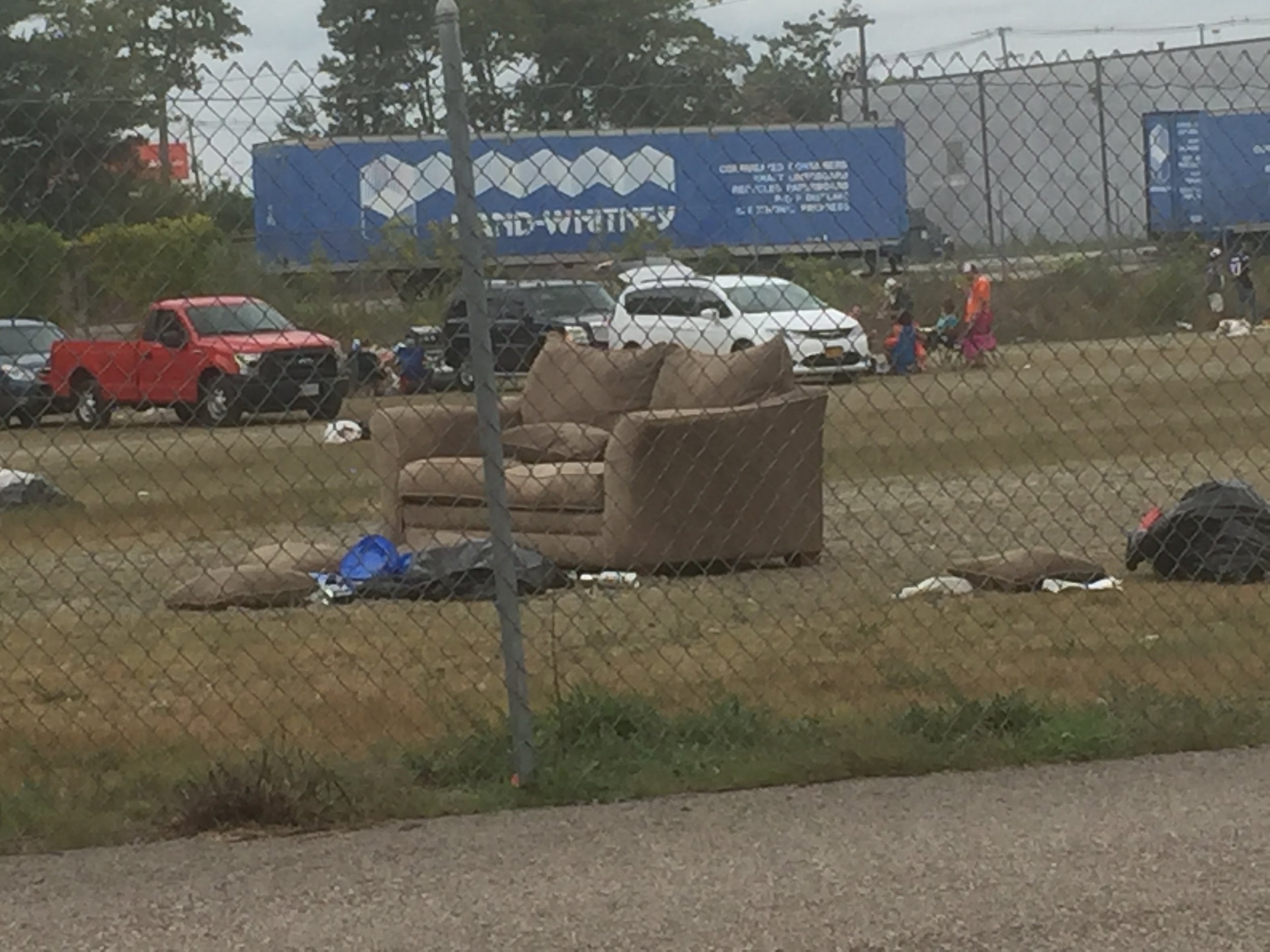