I bought a new Macbook Pro. I plan to use it for recording our Speak Up storytelling shows and one or more podcasts that we are preparing to launch.

Apple equips its laptops with a single audio port, which is annoying. On the old machine, this single audio port was a headphone jack that could be reversed so you could input audio from a mixer board or microphone. It solved the problem, but it was still annoying. It’s nice to be able to monitor audio via headphones while also recording.

Still, it was fine. No big deal.

On the new machine, however, that dual capability of the audio port has been taken away, meaning the only way to input sound into the machine is via a USB output, which many mixer boards, microphones, and other pieces of audio equipment don’t always have.

Also, it took two trips to the Apple store, 45 minutes of my time, and five “geniuses” to determine the problem. None of them were aware of the change, so eventually a search of the plain old Internet (something I could’ve done at home) identified the problem.

It was amusing to listen to the Apple employee then attempt to explain Apple’s rationale for removing the dual capacity audio port.

“There’s a big shift to audio via UBS now, so getting rid of that reversible jack makes sense.”

Two seconds ago, the guy was trying to find the toggle to reverse the port, and now he’s explaining the company’s philosophy on the change. 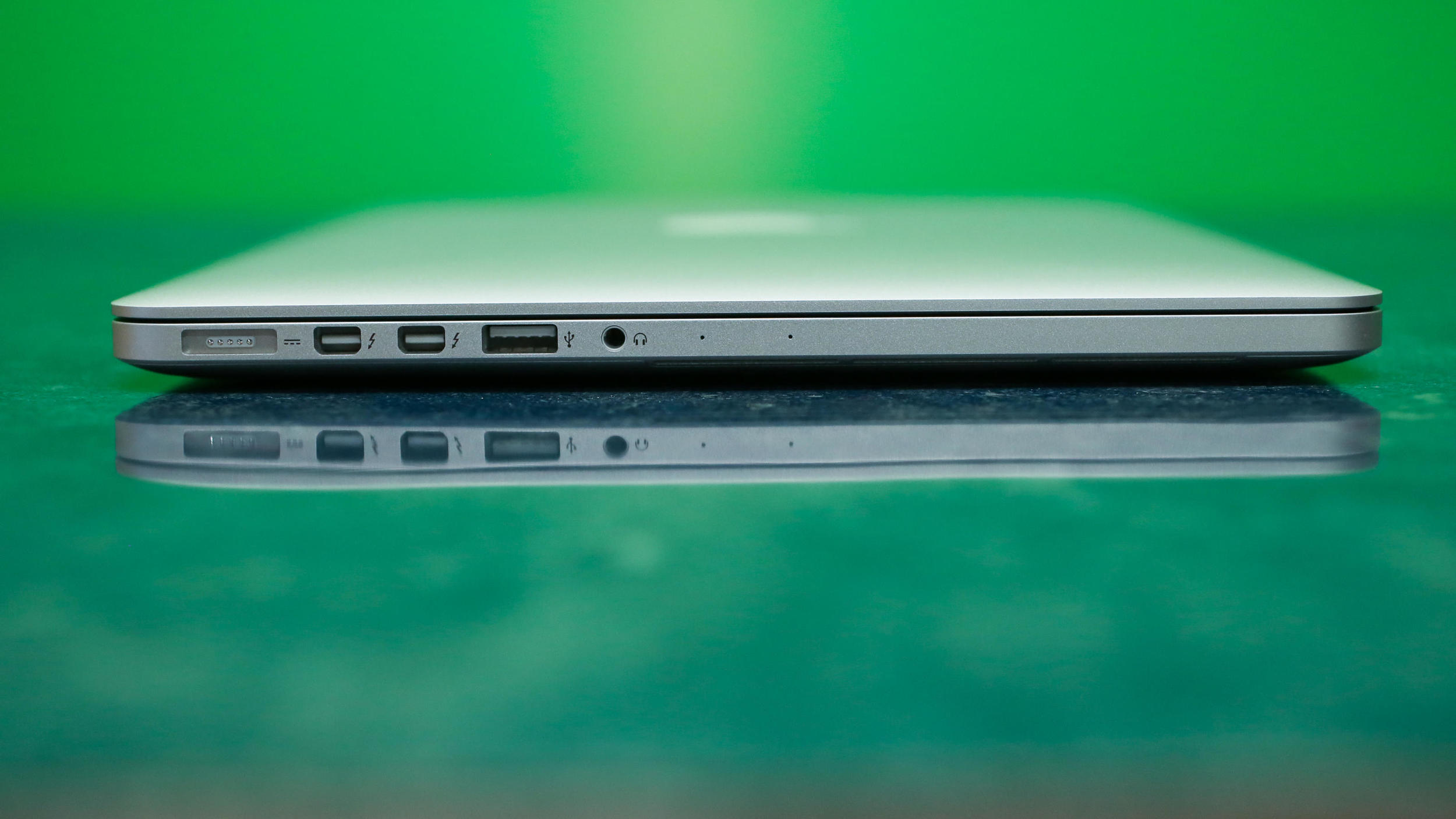 In order to correct this problem, I was told that I could purchase a USB adapter, which Apple does not make or sell.

Why, Apple, can you make such user-friendly software yet insist on making the hardware side of things so difficult?