I’m like to offer my deepest and sincerest condolences to all the white people who are struggling with the recent loss of the Aunt Jemima and Uncle Ben:

My condolences for living a life so pathetic that it requires racial stereotypes and slavery-based iconography in your kitchen in order to be happy.

My condolences for having a family so bereft of real traditions that you must declare something like Aunt Jemima pancake syrup an important and integral part of your own family tradition.

My condolences for having so few memories of your dead mother that your memory of her pouring Aunt Jemima pancake syrup on your pile of flapjacks has great value.

My condolences for the unjustified and ludicrous fear you obviously feel about losing these teeny-tiny aspects of your still overly dominant white culture in the name of common decency and respect for people whose skin does not look like yours.

My condolences for your tragic lack of empathy and utter disregard for the feelings of others.

My condolences for your affinity for such stupid, vapid, and vacuous arguments like “Where will this stop?” and “Who is it really hurting?” and “What’s next? The Washington Monument? The Jefferson Memorial?”

My condolences for aligning yourself so closely to the same people who think that the Confederate flag and statues of Confederate traitors are perfectly fine displays in the public square.

My condolences for being less able to accept change than a multinational corporation with more than 130 years and billions of dollars invested in a household brand name.

My condolences for one day being remembered as the selfish idiot who professed your personal attachment to the racially insensitive images on a box of rice or bottle of maple syrup and complained that the needs and desires of people whose ancestors were once beaten, raped, killed, orphaned, and enslaved by your ancestors ruined the wonderful, racially charged stereotypes that once adorned your panty.

I’ll be offering similar condolences if and when the Washington Redskins finally change their name. 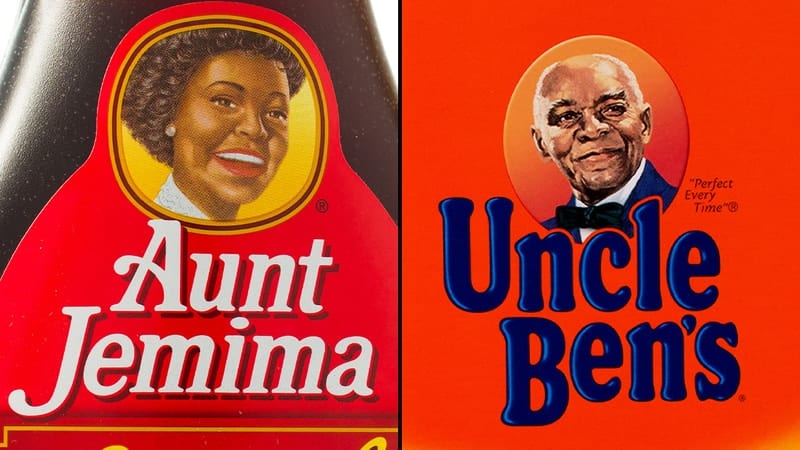